10. The Legend of Heroes 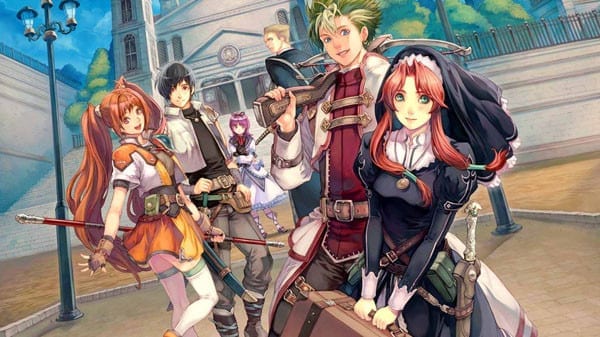 Nihon Falcom is no stranger to JRPGs as they’re responsible for series like Ys and Xanadu. Even above those, however, stands The Legend of Heroes, a series that has secured its spot among the best with the Trails in the Sky and Trails of Cold Steel subseries. The franchise actually started as part of the Dragon Slayer series, with Dragon Slayer: The Legend of Heroes on the PC-88 in 1989. Although the series saw moderate success, it really took off with the release of The Legend of Heroes: Trails in the Sky. The game told the story of Estelle and Joshua, two young adults who grew up together and discover an intricate plot that puts the world in danger.

Trails in the Sky became known for its phenomenal writing and characters, with a tactical combat system to back it all up. Trails of Cold Steel would then expand upon this, taking place elsewhere in the same world, and introducing a degree of social systems, like in Persona. The long-running series has solidified its place among the greats with the Trails series, although fans in the west are still waiting for a localization announcement on Trails of Cold Steel III and IV.

Ever since Demon’s Souls and the first Dark Souls the “Souls” series has had a monumental impact on the video game industry as a whole. Dark Souls created a unique brand of difficulty, it was a punishing game that taught you with each and every death and was just as much about you growing as a player as it was growing your character.

The first Dark Souls caught on like wildfire, and fast forward to today and we have two other Dark Souls games, a full-blown remaster coming out, a big PS4 exclusive with Bloodborne, and more. A veritable new genre was created from these experiences, known as Souls-likes, and include the likes of The Surge, Nioh, Lords of the Fallen, the upcoming Code Vein, and many more. Even with all the games following suit, there’s still nothing quite like a Souls experience out there. Bloodborne redefined it into a much faster-paced, offensive experience, and the formula was only tightened up by Dark Souls III. The series’ impact is clear, and although it’s a relative newcomer compared to some of the other long-running series, it’s secured its place in the hallowed halls of the JRPG greats. 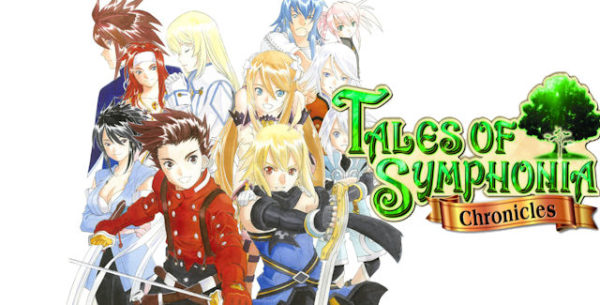 The Tales series started back in 1995 on the Super Famicom and has remained an essential part of the JRPG genre’s backbone ever since. With over 20 releases to date, it’s become a beloved series with fans the world over, releasing quite a few critically acclaimed titles. The series skyrocketed to popularity in the west with Tales of Symphonia on the GameCube, and has developed a devoted fan following ever since.

Tales games are traditional party-based JRPGs, although the biggest difference is that since the very first game, Tales of Phantasia, it’s featured an active real-time combat system. This was a big deal back in the day as most JRPGs used a turn-based system, and the series’ combat has taken leaps and strides over the year. Most Tales entries also play with genre tropes, setting up a normal JRPG story, before flipping things on its head in some way. Likable characters and deep combat systems are just a couple of the reasons that fans keep coming back. With the latest entry, Tales of Berseria, garnering a 79 on Metacritic, including a 4/5 from us here at Twinfinite, it’s clear the series still has a lot of life left in it. 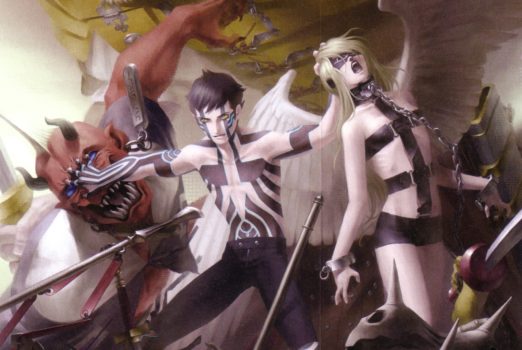 Shin Megami Tensei is a legendary JRPG series, starting all the way back in 1992 on the Super Famicom. The series has become known for a few different aspects; its robust demon capturing system, dark and thematic world, and tactical turn-based combat. Most games in the series take place in a modern Tokyo setting, where demons have begun to manifest and have thrown humanity into an apocalypse.

SMT quickly rose to popularity in Japan and eventually made its way west also finding an audience here. However, its popularity in the west really took off with the introduction of the spin-off series, Persona. SMT has received countless acclaimed entries on a variety of systems, including PS2, 3DS, and PSP. The series has also tried a variety of gameplay styles like the tactical RPG Devil Survivor. Every entry still retains the typical mature story themes that SMT has become known for, and the next big entry, Shin Megami Tensei V, is currently in development for Nintendo Switch.

Monster Hunter has recently come into tremendous success with the release of Monster Hunter World, quickly becoming Capcom’s best-selling game of all time with over 7.5 million copies to date. However, the series has always had a dedicated fan base, particularly in Japan. There’s a good reason Monster Hunter has seen increasing popularity, as it remains a unique experience filled with tons of challenges.

Monster Hunter has an engaging core gameplay loop that focuses on hunting and fighting increasingly more ferocious and deadly monsters. There’s a range of weapons to choose from, and you get your own adorable Palico companion to accompany you. Monster Hunter’s methodical combat, gathering, equipment, and hunting systems make it a deep RPG with tons of replayability. Over time, the series has put more of an emphasis on co-op play, with World making multiplayer more seamless than ever, but still sticking to that core grind-driven experience. Monster Hunter has also recently split off into a more traditional JRPG recently with Monster Hunter Stories on 3DS. The series started in 2004, but it’s more relevant than ever right now. 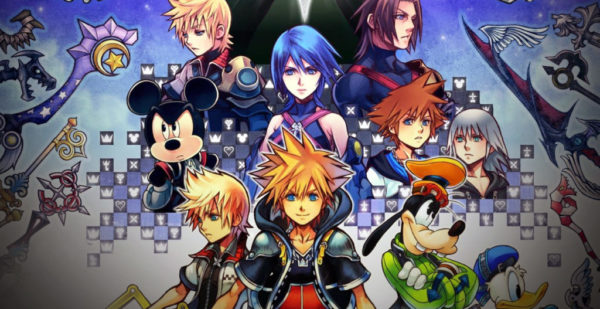 Kingdom Hearts is a crazy idea that, somehow, has worked exceedingly well. Who knew combining the likes of Disney movies and Final Fantasy would be so good, but Kingdom Hearts has become one of the most successful JRPG series out there, garnering multiple releases across multiple systems. Starting back on the PS2, as of Nov. 2017, the series has sold a cumulative 24 million copies.

What makes Kingdom Hearts so unique is its action-oriented combat, that combines Final Fantasy elements like magic, summons, and limits into a real-time system. Although it features original characters, what’s truly fun about the series is seeing and interacting with different Disney worlds like Aladdin, The Nightmare Before Christmas, Pirates of the Caribbean, Tron, and more. Donald and Goofy play central roles as your main party members and the series manages to successfully straddle the line between lighthearted Disney magic, and moody Final Fantasy storytelling. With Kingdom Hearts III on the way later this year, the future still looks bright for the series.

While Persona may have started off as a spin-off of the Shin Megami Tensei series, it’s long since turned into its own thing, and gained tremendous popularity in the process. The series has become known for its incredibly strong characters, writing, and storytelling, along with some very unique gameplay systems. While the first two games stuck more to the Shin Megami Tensei style, Persona 3 changed everything by adding in social and time management systems.

These systems have now become integral to the Persona experience, creating a blend of high school simulation and traditional JRPG exploration and combat. While Persona has become drastically different from SMT it still retains certain elements, like taking advantage of enemies weaknesses in battle and capturing demons, in this case, to become Personas. The series has split off into fighting games, dancing games, and dungeon crawling RPG over the last few years, giving fans a wealth of new experiences. Considering Persona 5 has now sold over 2 million copies, it seems like the series is just hitting its stride. 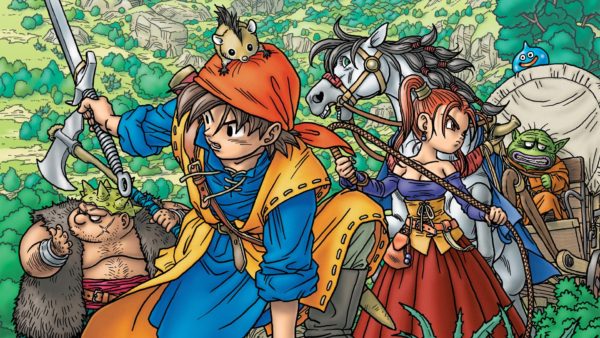 Dragon Quest is a tried and true traditional JRPG series, even to this day, sporting a turn-based combat system, quirky and diverse party members, and worlds bursting with things to see and do. The series also stands out from the rest by featuring characters designed by the famed Akira Toriyama, the creator of Dragon Ball, and those designs seep into every aspect of the series. Over the years, Dragon Quest has also seen its fair share of experiments and spin-offs, with the MMORPG Dragon Quest X and the Dynasty Warriors-esque Dragon Quest Heroes. While the series sees moderate popularity in the west, it’s insanely important in Japan. When Dragon Quest XI released last year in Japan, it sold over two million copies in just two days, and has since sold over three million. Those numbers alone show the importance of Dragon Quest, regardless of anything else. 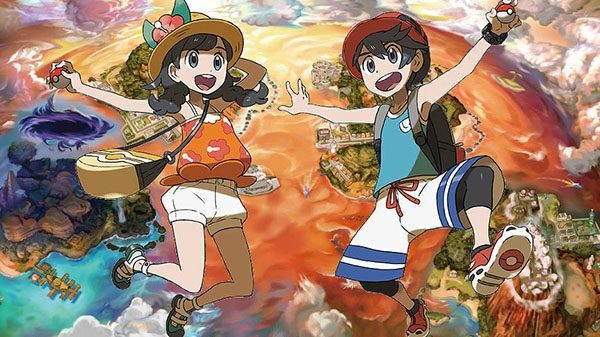 Pokemon has achieved monumental success not only as a series of video games, but as a cultural artifact. The series has become beloved by multiple generations, and the release of Pokemon GO saw a video game permeate the mainstream like never before. Despite the anime, trading cards, toys, and other various merchandise, there’s still a really strong core series of JRPGs at the heart of everything.

Pokemon, of course, centers around capturing and battling the various little creatures. The first games, Red and Blue, were revolutionary back on the Game Boy with the sheer variety of Pokemon, and the engaging adventure you took your trainer on. Since then, the series has evolved dramatically adding in online play, Pokemon grooming, minigames, breeding, and much more. Every entry continues to sell ridiculously well, and there’s a truckload of spin-offs to play outside of the main series. To this day, there’s nothing quite like your journey to become the very best in a Pokemon game, and the Nintendo Switch opens up entirely new possibilities for the series. 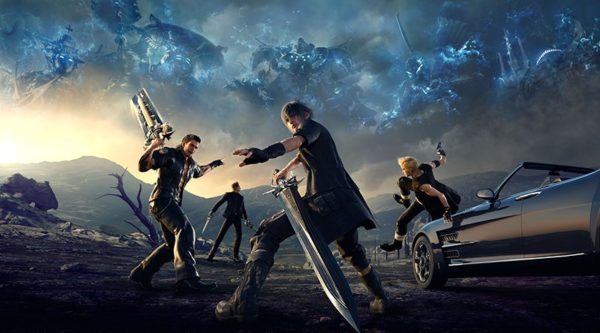 Is it any surprise that Final Fantasy is the greatest JRPG series of all time? The franchise that has seen countless entries, a long-running main series, beloved spin-offs, mobile titles, a concert series, and even three CGI feature films. Final Fantasy’s impact on the JRPG, and even gaming in general, is clear. The first Final Fantasy essentially saved Square in 1987, and since then it’s become one of the most successful video game franchises ever.

There are tons of beloved titles, from Final Fantasy VII and IX, to Final Fantasy Tactics and Crystal Chronicles. A Final Fantasy game has appeared on nearly every video game system since the NES, and the series continues to go strong to this day. Final Fantasy XV set records as the fastest-selling game in the series, Final Fantasy XIV has become one of the top MMOs in the world, and the Final Fantasy VII Remake is currently in development. Entirely separate series have spawned from the franchise, like Kingdom Hearts and Bravely Default, too. Final Fantasy is the poster child for Square Enix, and its various fascinating stories, characters, and games are why it remains important to so many fans.