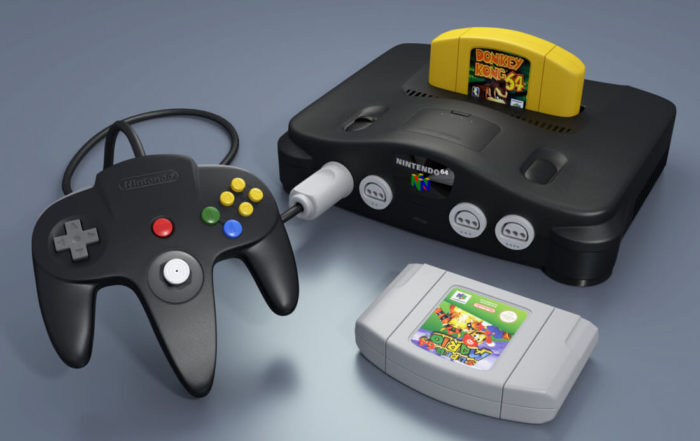 A recent Japanese trademark filed by Nintendo hints towards the possibility of an N64 Classic Edition being announced, following in the footsteps of the NES Classic and SNES Classic.

While no official details have yet been revealed, Nintendo just recently filed a trademark in Japan containing the key term ‘N64′, among other interesting phrases such as “Purposes include video game program, controller for game machine, joystick for video game machine, TV game machine,” and so on. Given Nintendo’s past successes with both the NES and SNES Classic Editions, and their past statements regarding reissuing both systems for sale again this year, the pattern seems reasonable. E3 2018 is also just around the corner, so if Nintendo is planning on properly announcing another system like their two past successes, then that would be very fortunate timing.

The NES Classic Edition and SNES Classic Edition were both scaled-down, plug-and-play versions of Nintendo’s first two consoles, the Nintendo Entertainment System and Super Nintendo, and came with dozens of the respective systems’ most popular and fondly remembered games bundled inside. Both systems have proven very popular, and stock for either system has been scarce at nearly all times since release.

As to what sort of games would be included on an N64 classic, that’s not as cut-and-dry a topic as it might have been with the NES Classic and SNES Classic. While there was some derision over what games should/could have been included with those systems, there was no shortage of original Nintendo properties to fill out their libraries. A good chunk of the N64’s most fondly remembered titles that weren’t first-party Nintendo were either licensed titles, such as Goldeneye 007, NFL Blitz, or Star Wars: Shadows of the Empire, or were developed by Rare, which is now owned by Microsoft. Seeing how so many licensed properties are connected to so many beloved titles, and the rights to other classics like Banjo-Kazooie and Conker’s Bad Fur Day from Rare no longer lie with Nintendo, what games could end up on an N64 Classic Edition is anybody’s guess for the time being.

Whether or not this trademark filed by Nintendo has something to do with an N64 Classic Edition, or some other surprise regarding the N64, only time will tell. You can view the full Japanese application from Nintendo right here.