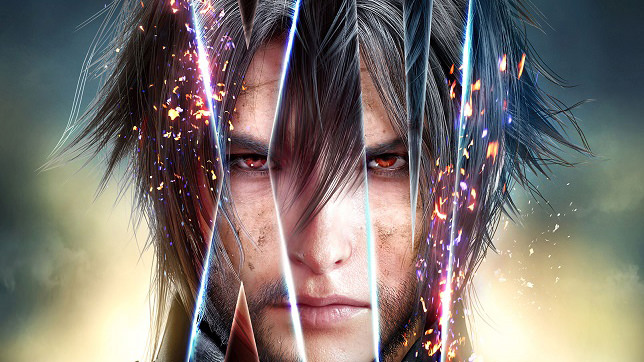 While Final Fantasy XV initially released in 2016, it seems like Square Enix is far from done with the game. The developers released a slew of DLC focusing on the rest of the main party, and now they’ll be releasing even more content into 2019. That said, here are some of the things we’d like to see in the coming DLC episodes.

Final Fantasy XV has graced us with the Regalia, a vehicle that takes on different shapes and sizes. Thanks to its many modifications (and Cindy, of course), Noctis and his crew have different options exploring Eos. They can either cruise around with the car or take to the skies with the airship-esque Type F configuration mode. Square Enix has also added off-road driving, so you can finally push through those bumpy terrains without having to go by foot.

With more DLC on the horizon, it would be great if the developers add in more Regalia modifications or even brand new vehicles in general. Perhaps they can finally give players a chance to explore the high seas with a royal yacht or some kind of sea vessel that can brave through rough waves. Adding in new vehicles could give players a chance to explore more of the game’s world beyond Chapter 9, which many fans felt where Final Fantasy XV started becoming a bit too linear.

The three previous character DLC breathed some life into the game by adding in new playable characters. Gladio, Prompto, and Ignis were all A.I. controlled partners before their character episodes, and Square Enix even made them playable in the main game following Episode Ignis. Those who wanted to try a different playstyle could finally become a marksman, tank, or assassin depending on the character they choose.

Since there are new episodes planned, we’ll probably be seeing more playable characters in the coming months. Ardyn is a likely candidate, and it’s already been established that he shares similar powers with Noctis. Hopefully, we’ll see other characters such as Aranea, Ravus, Iris, and Luna take the spotlight in the near future. And once they finally have their own playstyles, maybe we’ll even get to play them in the main game.

Noctis and his crew spend most of the game on a road trip throughout Eos. While we’ve seen most of the world throughout his journey, there are still plenty locales that the prince and his friends have yet to fully explore. So far, each DLC episode features new locations within Eos, so hopefully, future episodes will allow players to explore some different areas.

The developers could possibly spend more time on developing Insomnia, Noctis’ homeland. The kingdom is one of the more important locations in the game, although we hardly got the chance to actually explore it. Another area we’ve hardly seen is Tenebrae, which could be a potential setting for Lunafreya’s possible character DLC.

Like with most Final Fantasy titles, the fifteenth installment also has its fair share of in-game lore. The game takes a more “realistic” take on fantasy evident by its technology, pop culture, mythology, and folklore. Aside from all the Nissin noodle and Sims 4 campaigns, Final Fantasy XV actually has a rather sinister underlying plot that wasn’t exactly tackled in the main story.

The summons, otherwise known as Astrals, actually play a big role in the story, particularly in Ardyn’s backstory. The glaring issue with the game was that they hardly gave any importance to the other Astrals in the main story aside from Shiva and Ifrit. Character episodes would act as the perfect tool to shed more light on each Astral’s background and their involvement with the Starscourge.

Another thing the developers could expand on is character interactions, particularly with Luna and Noctis. The two are head over heels with each other, although it’s a bit hard to swallow their Romeno and Juliet romance when they hardly even speak with each other. Prompto’s also got a bit of a crush with Cindy, so maybe we could see the two flirting a bit more in upcoming DLC. Whatever the case, more lore for the characters and the overarching plot is something Final Fantasy XV could use more of.

Final Fantasy XV is no stranger to crossovers – especially when it comes to other games. Square Enix recently held a collaboration with the Assassin’s Creed franchise, while Noctis will be a playable character in Tekken 7. Heck, even some outfits from The Sims 4 are heading to the game, and this isn’t even counting all the other product placements in the game and the movie.

Having said that, perhaps some future character episodes could probably include some other Final Fantasy crossovers. Imagine clearing a quest and unlocking an Easter Egg where you fight other heroes, such as Lightning or Squall. Similarly, perhaps the developers could even give the main cast some iconic costumes from other Final Fantasy titles. The idea doesn’t seem too farfetched, especially since Noctis can wield the Blazefire Saber.