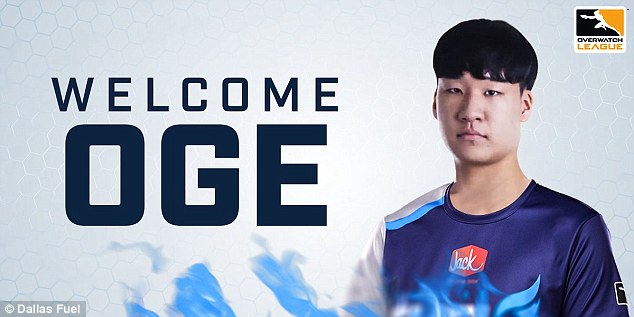 Let’s talk a little bit about the Dallas Fuel. Since the start of the Overwatch League, they’ve had some troubles with their main tank role, which is, y’know, only the most important role on the team in terms of making space and allowing your DPS players to shine. The Dallas Fuel had trouble in Stage 1 as xQc got himself banned for the whole Stage, the team wasn’t feeling confident enough to field Cocco, and Taimou just wasn’t cutting it as a new tank player.

The Fuel finally signed on Minseok ‘OGE’ Son as their new main tank player, and fans were hoping that this would finally put an end to the team’s Greek tragedy and drama. Unfortunately, they’re already off to a rough start as he’s been suspended for four matches in the Overwatch League.

‘As of today, the Dallas Fuel player Minseok “OGE” Son is suspended for four matches for taking part in “account-boosting” schemes during the summer of 2017. Account boosting, wherein an individual is paid to increase another user’s Skill Rating, is contrary to the values of the Overwatch League, and violates the Blizzard End User License Agreement.’

Overwatch League Stage 2 is in its final week, and the Dallas Fuel has no chance of making playoffs this time around either. Maybe in Stage 3.