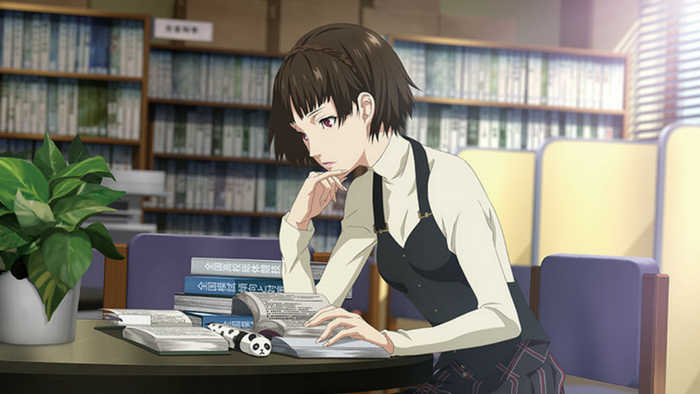 Get ready for the anime version of Persona 5 with Persona 5: The Animation, premiering April 7, 2018. There’s not much longer left to wait before you can see your favorite Persona characters come to life in an anime series meant to chronicle the events of Persona 5.

The show will air every Saturday at first, until it starts on a different channel on April 9 and will join the schedule on every Monday. There was a new key visual with Makoto Niijima released, seen above, which shows Makoto buried in books at what appears to be the library. It’s a pretty good shot of her, and indicative of the animation quality, which looks great!

There’s a retweet campaign going around in Japan that will end up giving 10 promotional posters of the key visual of Makoto Niijima, which requires you to follow the @P5_anime Twitter account and retweet one of its tweets between today, Feb. 28, and March 6.