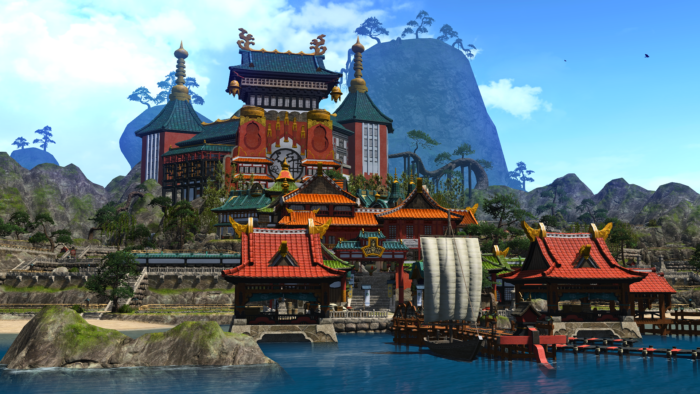 With the drop of patch 4.2 in Final Fantasy XIV, the latest housing expansion followed soon after, bringing with it new hopes for all the Eorzean hobos out there who just want a place to rest their weary heads. Longtime FFXIV players know how much of a headache it is to purchase houses or plots of land in the game. Each time a new housing expansion comes around, it’s usually a bloodbath as everyone frantically tries to log into the game to secure the land. The queues get pretty insane as well.

With the latest expansion, things seem to have gone a little more smoothly. But some players are still ruining the fun for everyone else.

Square Enix announced some changes to the housing situation a while back, stating that Free Companies that wished to purchase land had to have at least four members and be at least rank 6. In addition to that, if a player was part of an FC that already owned an estate, they would not be able to purchase another FC estate in that same world. This applies to all characters under the same service account. Square Enix has also temporarily suspended land purchasing for players who are just looking for personal houses. This has allowed a lot of budding FCs to secure a hall within hours of the patch drop, which is great.

And yet, things still aren’t as smooth as they could be. Already, there are players looking to abuse the new housing rules. As Reddit user Killbray has pointed out, some FCs have taken to creating multiple alts with false FCs to purchase more land. At the moment, the rules are easily abused simply by creating a new FC with the necessary number of members and grinding it out to reach rank 6 before you can purchase a plot of land. Once you’ve got the land, the FC leader can simply kick out the other three members (most likely alts from other players), and they can join another counterfeit FC to repeat the process. It certainly doesn’t help that grinding an FC up to rank 6 isn’t that difficult if you know what you’re doing.

‘You need 4 people to buy an FC house, but after you’ve bought the house, the FC leader can kick the three others (who can be level 1 alts created just for this purpose) and they can immediately join another FC to help buy another house, and you can repeat this as many times as you want (you’re only limited by the amount of rank 6+ FCs you have).

The penalty on joining another FC does not apply if you are kicked instead of leaving yourself.’

At the moment, the housing crisis isn’t as dire as it used to be, but it’s still problematic. While the exploiting process has been made a little bit more tedious now, and will likely dissuade other players from trying to hog all of the plots right at the start of a housing expansion, it’s the little things like these that make the whole situation frustrating for everyone else. Perhaps the worst part of it all is that this exploit technically isn’t against the housing regulations set in FFXIV. Not to mention that these players are likely just grabbing all these plots for airships or selling them off at marked up prices in the future. It wasn’t all that long ago that Balmung suffered a housing crash, after all.

Square Enix is certainly making strides in improving the FFXIV housing crisis. There are a lot fewer reports of land being snatched up within the first few minutes after maintenance, and the chances for newer FCs to finally secure a nice estate hall are greater than ever. But even so, we’ve still got quite a ways to go before players will finally be satisfied with the game’s housing arrangements. At the moment, it feels like quite the impossible task.