Mount and Blade is the expansion of developer Tale World’s popular RPG, available on consoles as a definitive edition since 2016. Just like Kingdom Come Deliverance, Mount and Blade is based in medieval Europe and makes use of a combat system grounded in realism, though from a third-person perspective. There isn’t quite the same level of nuance here, but it’s similarly tactical and requires players to balance defense and attack with different blocks and striking techniques – importantly, it’s hugely fun to play.

Coming straight from Kingdom Come Deliverance, you might find the graphics a little jarring, but there’s still a great attention to detail, and with arguably one the best melee combat systems ever realized, you’ll soon forget about its dated aesthetic. Notably, with the addition of multiplayer to the experience in Warband, there’s even more purpose to mastering this skill-based RPG. Despite its age, there’s still a passionate community of players duking it out in PvP and you’ll find servers still well-populated. There are also other Mount and Blade spin-offs such as the Napoleonic Wars if you’re interested in exploring other historical settings. Not to mention, the game’s full sequel title, Mount and Blade 2: Bannerlord, is expected to release this year. 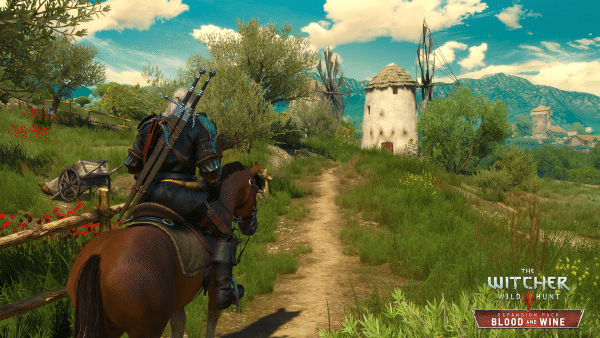 The Witcher 3: Wild Hunt might feature monsters and magic, but there are plenty of parallels to Kingdom Come Deliverance in this iconic RPG. For starters, Wild Hunt’s low-fantasy feels much closer to a war-torn medieval dystopia than the triumphant glistening fantasy of franchises like Skyrim and Lord of the Rings. It’s more along the lines of Game of Thrones, with many of the NPCs living in grim poverty and an attitude that shuns magic rather than glorify it. Many of the city and village locations are wonderfully detailed in an Eastern European architectural design grounded in authenticity. And there’s a beauty to its grass plains, forests, and meandering rivers that echoes the level of topographical detail in Kingdom Come Deliverance.

In terms of combat, while there’s the option to shoot flames from your fingertips or manipulate the minds of enemy combatants, the actual swordplay shares some minor similarities, too. It’s a 1v1 lock-on system, for starters, and there are parry and dodge mechanics as well. That all being said, this is far more traditional arcade hack-and-slash than the measured strategic combat in Warhorse Studios’ medieval epic. But as an immersive RPG with a medieval aesthetic to lose yourself in, you won’t find better than The Witcher 3: Wild Hunt. 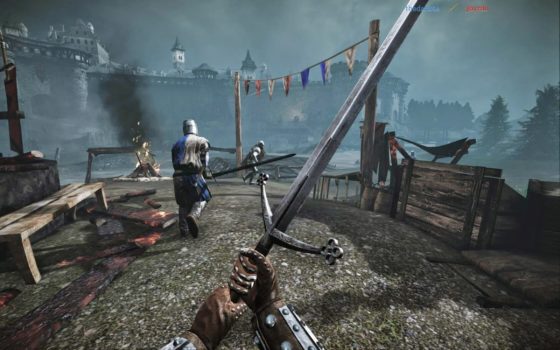 Apart from obviously being set in the same period, Chivalry Medieval Warfare is another game that implements a first-person melee combat system. Except here, the combat is a PvP multiplayer experience with much less emphasis on strategic timing and precision. More of a hack-and-slash system, you won’t have to worry about selecting the right weapons to penetrate different armor types either. But if you’re after something that mimics the aesthetic look and perspective of Kingdom Come Deliverance, Chivalry is a good alternative.

There are plenty of different gameplay modes, including objective-based team play such as Capture the Flag and Last Man Standing, but by far and away the most similar to Kingdom Come Deliverance is the 1v1 dueling. There are different classes to master, and with 1.2 million copies sold across PC, Xbox One, and PS4, there’s still a substantial community playing the game online. 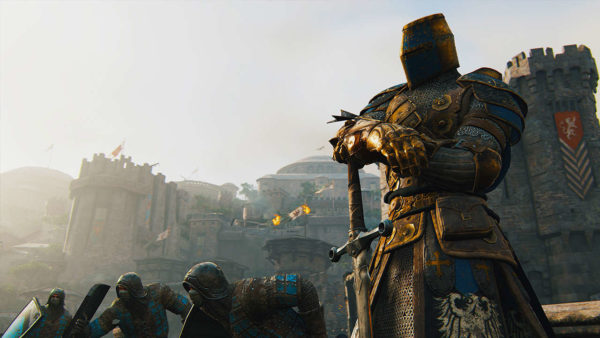 Ubisoft’s AAA foray into PvP melee combat games, For Honor feels like a diluted version of Mount and Blade’s multiplayer but with far prettier graphics and much more accessible gameplay. Of course, the swordplay isn’t nearly as deep and certainly nowhere near as nuanced as Kingdom Come Deliverance, either, but the fluidity and quicker pace do feel well-suited to competitive play.

Sadly, there’s no single-player campaign or sprawling open world to immerse yourself in. And though there are European medieval classes to choose from, the Viking and Samurai mashup feels a little more fantastical than genuinely historical most of the time. That all being said, if it was the dueling first-person 1v1 sword combat that really excited you about Kingdom Come Deliverance, then For Honor offers a relatively similar combat experience to take online and challenge other players in a competitive space. 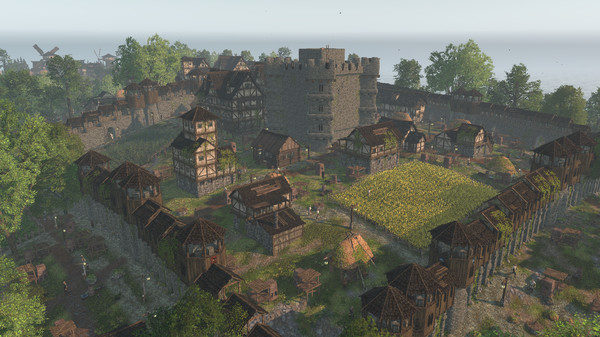 Kingdom Come Deliverance incorporates several survival mechanics into its role-playing experiences, and if satiating Henry’s rampant hunger and making sure he always had a good night’s kip were at the heart of your interest in the game, Life is Feudal is a medieval MMO you won’t want to sleep on.

A hardcore survival experience, Life is Feudal is a game in which thousands of players exist in an eight-square-mile authentically detailed recreation of medieval Europe. A complex economy, community building, and large-scale warfare make this a challenging world to call home, and it’s all been designed around a go-anywhere, do-anything ethos that makes it an ever-changing landscape. It might still be in open beta, but without a doubt, if you’re after another brutally realistic depiction of medieval Europe, Life is Feudal is about as authentic as they come, and one you’ll certainly want to try.