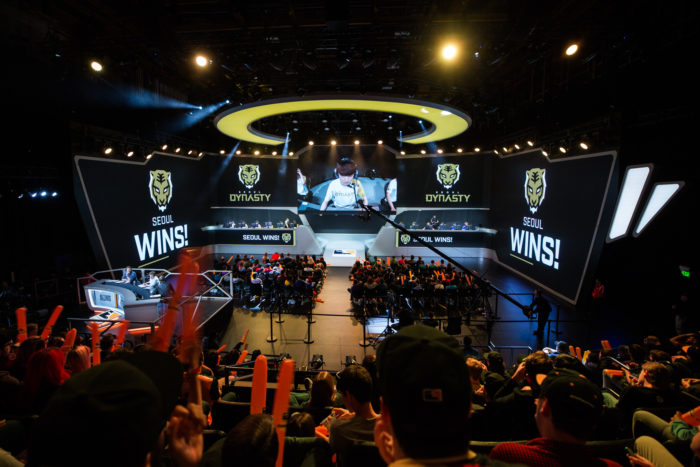 Blizzard’s Overwatch is regularly labeled one of the most popular video games, but just how popular can it be as an esports league doing its best to mimic traditional professional sports leagues? It’ll be a long time until Overwatch true potential as a spectator sport is fully understood, but one thing is already certain: Overwatch League’s opening day was popular indeed.

Throughout its inaugural broadcast, Overwatch League averaged around 300,000 viewers. Even that average is believed to be at least 100,000 viewers more than any previous Overwatch esports event was able to attract, but 415,000 is that much higher again than Overwatch League’s opening day average viewership and then some.

What’s more, the 415,000 figure does not include viewers who watched via the MLG stream or those who watched on Chinese streaming services.

Goldhaber added that the figure was “Much higher than anyone was expecting” and that he was “excited” to see if Overwatch League can sustain this sort of viewership into the future.

Further, while Goldhaber’s job entails predicting Twitch viewership stream numbers that he claims to get right “90 percent of the time,” he admitted to being “completely and utterly wrong” about Overwatch League’s debut. When asked if his prediction had been lower than the actual, Goldhaber responded that it had been by “9,000 percent.” That’s almost certainly an exaggeration for effect, but the fact remains that Overwatch League far outperformed even the most optimistic expectations for its debut.

But while the league opening by surpassing expectations will certainly be seen as a positive by franchise owners (and their investors) and Overwatch publisher Activision Blizzard, both parties undoubtedly want to see sustained success. Just how much would it need to have in order to be seen as a success?

Referencing the rumored $20 million cost to acquire a franchise — which he called crazy — Goldhaber said it was hard for anyone outside of ownership groups to know at what point they’d see a positive return on their investments. However, Twitch forked over $90 million for exclusive Overwatch League broadcasting rights, so Goldhaber’s employer has a large stake in the league’s success as well. Goldhaber agreed with a fan that Overwatch League becoming one of the top four esports leagues in its first year “should be considered” a success.

According to a December 2017 Business Insider story, that would mean joining League of Legends, DOTA 2, Call of Duty, and/or Starcraft as the top esports games. Of note, Business Insider claimed Overwatch (the game, not the league) was already among that group even before Overwatch League’s inaugural season began yesterday.