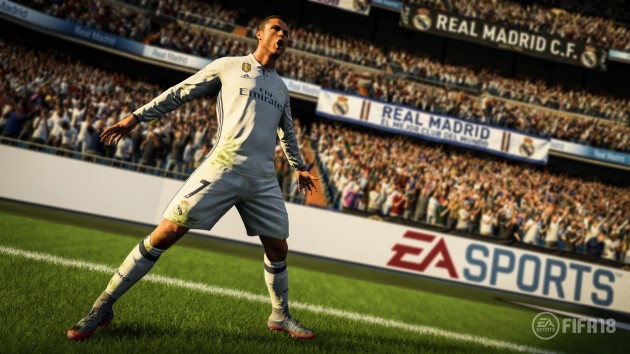 Every year, for every iteration of FIFA, the game has its own unique quality of life issues and frustrating exploits and they usually remain in the game until the next one releases. It seemed as if that would be the case once again for FIFA 18. Issues including the ‘kick-off glitch,’ players taking advantage of the matchmaking in FUT Champs, and d-pad delay in the menus have been present since the game’s release and EA hadn’t acknowledged them, let alone set about fixing them.

However, EA Sports has recently released some notes for the upcoming patch that will be coming to PC and consoles soon, and it proves that EA has actually been listening to its fans’ complaints and it’s attempting to fix some of the most frustrating issues.

The most notable change is the matchmaking alteration that will be coming into effect in FUT Champs only. Now, the pre-match screen will no longer say who is the home or away team, with your team always appearing on the left. This will stop the frustratingly common practice of backing out of away games in fear of facing a great player, or being on the wrong end of a poor connection, because you’ll no longer be able to tell. It will also stop top 100 players from avoiding each other every weekend by backing out of away games. This will make the top level competitive FIFA 18 scene a better representation of the best players, ensuring those at the top will be tested against those of a similar skill level more often. They may come up with another way around it, but this will certainly solve it for now.

Another significant pre-match adjustment is the change to kit selection. Instead of picking your own kit from your two chosen options, ensuring that it doesn’t clash with the opposition kit, it is now a more complex system. You’ll no longer see the other player’s kits in-game. You choose between your two kits, with you being the one you chose and the other team being your other kit, on your screen. On your opposition’s screen, they’ll choose from their kits, and you’ll be wearing their other one in-game, making it so that neither player sees the teams in the same kits. This ensures that there will be no clashing kits (unless you have two of the same color) and you’ll now be able to use reward (FUT Champs/SBC/Tournament Rewards) kits that players would usually avoid if they were seen.

The other huge change, which will hopefully fix the main gameplay issue in the game, is the change to how kick-offs play out. A far higher percentage of goals than is reasonable are scored from kick-off. Some call it the ‘kick-off glitch,’ referring to how a team is poorly set up to defend from a kick-off, with the defensive line struggling to get up to speed with the game as quickly as attackers, leaving too much space in important areas. But some call it a ‘kick-off boost’ suggesting that it is the game deciding that someone should score from kick-off to get them back into the game and make it more exciting for everyone – similar to the scripting and momentum issues some players have. The patch notes, however, seem to point to the former. When the patch goes live, the ‘defending team will be more compact in defence, attacking players will be less aggressive in pushing up the field, and defensive players will close the space between them and their attacking players to limit the attacking team’s space,’ which will hopefully go some way to solving the issue.

Even smaller changes, such as fixing in-game player traits and specialities that were inconsistent with EA’s website, goalkeepers unnecessarily kicking the ball away after a pass back, making all FUT Champs games take place at the FeWC Stadium to avoid issues with shadows, and making it easier to search for consumables of different types, are all things that the community has asked for, but never truly expected to be fixed.

The biggest complaint that led to the #FixFIFA movement on Twitter and Reddit late last year was the lack of communication from EA. The original Reddit post aimed to make EA Sports aware of the frustration and make them understand that FIFA fans had had enough of the issues that hampered every game, yet weren’t fixed until the next season’s installment. This upcoming patch proves that they are listening, though, and that they are willing to change things that could potentially alter how the game plays, and how FUT Champs works, dramatically.

Neither the kick-off issue or the kit confusion in FUT Champs would have a significant monetary influence on EA Sports. Very few people that enjoy the game would stop playing due to some annoying shadows on the pitch, nor would they stop buying FIFA Points and opening packs. Therefore, the fact that EA has done what they can to fix some of the main issues players had with FIFA 18 shows that it is listening to our feedback, and that isn’t something I would have said a couple of months ago.

The top comment on the Reddit thread about the new patch sums up how FIFA fans feel. ‘This can’t be real… Kickoff boost, Home/away cherry picking, Kit backouts, GK clearances… It’s like they’re listening to us….’ writes Bonuspunt. Hopefully, this is a sign of how EA will treat updates in the future and that they’ll arrive closer to the time when the issue is first highlighted. Either way, this upcoming patch will hopefully have a huge impact on FIFA 18 in terms of the competitive scene and the gameplay, and it proves that the community’s voice means something.