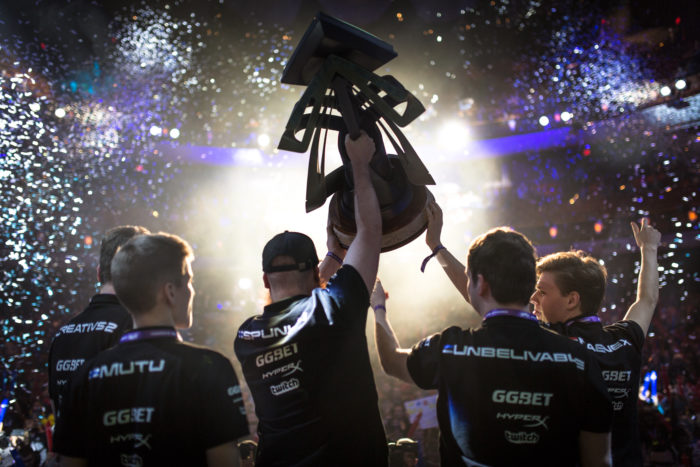 HRX 2018 was filled with plenty of new announcements for Paladins and SMITE fans. Paladins players can look forward to the battlegrounds and deathmatch game modes, a new map for the deathmatch game mode, getting their hands on the game’s 35th champion Moji, and riding into battle on the new battle cat mounts. For SMITE players, the reveal of the game’s 93rd playable character Cerberus, the first look at two new upcoming pantheons, highly requested changes to gameplay, and the new season 5 Conquest map emerged as the stars of the HRX 2018 keynote. But in the midst of all the reveals and teaser trailers, there was never a moment when guests could doubt what people were really storming the doors for. HRX is all about the esports and there were five new champions crowned at the expo over the weekend.

HRX 2018 featured tournaments for SMITE on console, SMITE on PC, Paladins on console, Paladins on PC, and a special founders tournament for the studio’s new game Hand of the Gods. Here are all the teams and players who fought valiantly during HRX and have now been crowned world champions.

The SMITE Console World Championship Finals wrapped up on January 6 and ended with Myth Gaming emerging victorious over Astral Authority. Myth Gaming wasn’t the favored team for this set but they were living proof that a great team doesn’t need favor on their side to dominate the scene. Myth Gaming exploited Astral Authority’s mistakes time and time again, taking the crown after a clean 3-0 sweep. Jumpahhh’s showed off his flexibility and held his team down with three different characters, utilizing three different play styles. It was a performance that earned him this year’s MVP title for the SMITE Console World Championship.

The SMITE World Championship came down to Team Rival and EUnited. The match up put a lot of pressure on EUnited’s shoulders as this was their chance to end the dry spell that North American teams have had at the SMITE World Championship. A North American team hasn’t taken the crown since 2015 but EUnited has brought the title back to the States. This was an intense set with a bit of back and forth between the two teams but EUnited edged out their competition with much thanks to the stellar performances from Venenu and PolarBearMike. Ultimately, Venenu was named the MVP.

Blight and Elevate weren’t just going toe-to-toe to fight for their own moment of glory. These teams were also competing to see if the Paladins community on Xbox One or PlayStation 4 would produce the Paladins Console Champion at HRX 2018. Xbox One was deemed superior with the help of Elevate. Many of the games were close but Elevate delivered the final payload to cement victory and be crowned the champion of the Paladins Console Wars.

The Paladins World Championship finals brought quite the matchup between Natus Vincere (NaVi) and Fnatic. The teams seemed to be pretty evenly matched but standout performances from individuals players truly made the real difference in this fight for the crown. In all four games of the set, it seemed like Fnatic just didn’t have what it took to deal with Creativs2’s oppressive presence. It seemed to be no surprise for the massive crowd gathered to watch the finals that Creativs2 was named the MVP.

Hand of the Gods – Echang

The Hand of the Gods Founder’s Tournament seemed surprisingly skewed. The very first game was over in what seemed to be the blink of an eye as Echange made quick work of Potpie. While Potpie managed to snag one victory of his competitor, Echang proved to be too great of a force to reckon with.