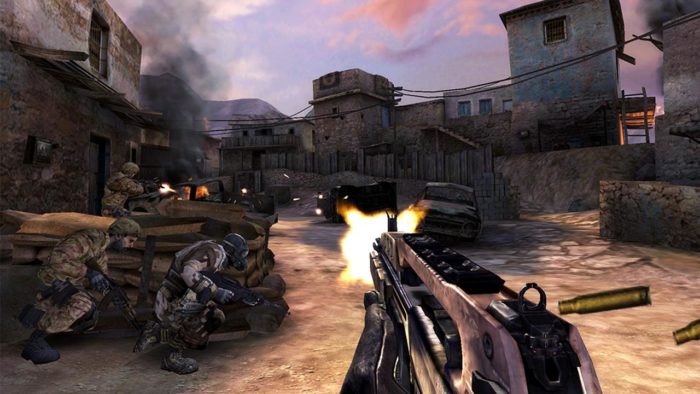 Call of Duty has been around since 2003, and since its inception it’s launched games on every existing platform, including but not limited to the Nokia N-Gage. While it’s a slick and generally polished shooter series that feels fantastic on consoles and PC, its mobile iterations have always left much to be desired. Granted, there’s not much you can do on flip phones that still use polyphonic ringtones and the N-Gage, but we’ve come a long way since then. Call of Duty has seen several mobile adaptations on smartphones, and they’re leaps and bounds ahead of the original portable versions, of course. But despite the fact that they utilize iOS and Android devices, they’re just not very good.

It may be difficult to believe, but Gameloft’s shooter adaptations to name a few, among other mobile titles, have consistently released mobile games that go above and beyond everything Call of Duty has to offer. With the excellent selection of console iterations the series has seen over the years, it’s mind-boggling that the Call of Duty mobile scene isn’t any better than the state it’s in. Despite the success the console and PC versions have found over the years, the mobile selection just can’t seem to match up. While some of the games are serviceable, they’re just not really worth investing in, in terms of time or cash.

Distilling one of the series’ most popular modes into a mobile title was quite possibly the only true shining example of smartphone triumph with the now dated Call of Duty: Zombies and Call of Duty: Black Ops Zombies, $4.99 and $5.99 respectively. These games took the unadulterated joy of slaying zombies from the horde-like mode of the console iterations that began with Call of Duty: World at War and made it downsized for a mobile-friendly version. Unfortunately, the constraints of touchscreen controls made for frustrating aiming as well as a lackluster setup that just wasn’t anywhere near as fun as surviving round after round of zombies in the real game mode.

Still, these were some of the best ways to take Call of Duty on the go, whatever that actually means — as it turns out, not much. Sluggish touchscreen controls, repetitive gameplay, and a general downsizing of the game mode only made you want to play the regular version instead. And it didn’t get much better from there over the next few years, as a handful of Call of Duty mobile titles continued to spawn. Unfortunately, they haven’t improved from there.

Call of Duty: Strike Team aimed to change things a bit upon its release with both first-person and third-person experiences built for mobile devices, but it’s also lackluster in its execution. It’s also now five years old, followed by Call of Duty: Heroes, a free-to-play real-time strategy game that launched in 2014. While both are serviceable attempts at making a viable set of Call of Duty iterations that look, feel, and play comfortably for on-the-go game time, they simply don’t manage to capture what the core Call of Duty series does with its full-sized installments.

While Candy Crush Saga developer King is working on a follow-up to Call of Duty: Heroes, a checkered and lifeless past really color what could be coming in the future. King makes some compelling games, but they lean so heavily on free-to-play trappings that it’s hard to take anything they might come up with in the Call of Duty universe seriously.

Call of Duty can have a strong mobile presence, but the series needs the right approach to be a success any way it can outside of loot crates, pay-to-win trappings, and the same mechanics seen hundreds of times over in other games out there for smartphones. It’s time developers take the explosive action, flashy cinematics, and fun gunplay and translate it in a way that makes sense for mobile players. It’s high time someone does, lest Gameloft’s Modern Combat series continue to steal the limelight for what should be the premier shooter on mobile.