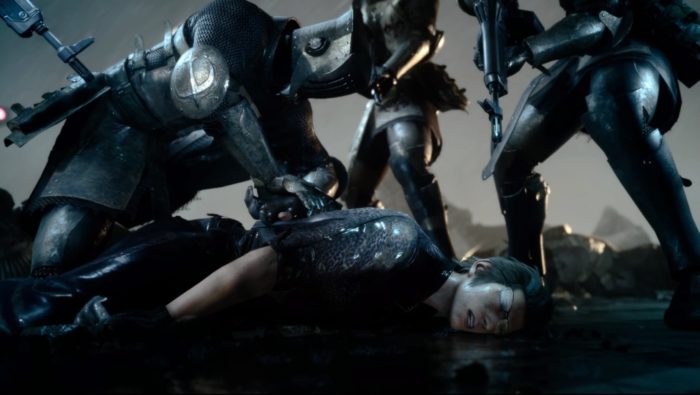 It’s amazing to think of how much content Final Fantasy XV has seen over the last year, with everything from updates that add character switching to a fishing VR game. Even with everything else, however, FFXV has seen its absolute best piece of additional content with the release of Episode Ignis, which easily stands above both Episode Gladio and Prompto. While the expansion’s length is comparable to the others, Episode Ignis presents a heartfelt tale of brotherly love that resonates well with the end of FFXV. It also just so happens to have some of the very best gameplay to be found in the entire game.

Spoiler Warning: Episode Ignis details events from the very end of FFXV, so discussing the DLC will spoil pieces of the main game. We’ll also be discussing certain aspects of Episode Ignis as well, though we’ll try to keep those brief. If you don’t want anything spoiled from either one, it’s best to stop now.

Episode Ignis takes place during Chapter 9 of the main game, when Noctis tries to gain favor with the Hydraean (also known as Leviathan). This is a big turning point in the story of FFXV, as all hell breaks loose in the city of Altissia. Ignis and crew are separated from Noct as the Niflheim Empire tries to destroy Leviathan and the Altar of the Gods where Noctis and Luna are conducting their meeting with the sea serpent. As the city is under assault from Niflheim, Ignis does his best to reach Noctis and protect him.

For anyone that’s played the main game and seen the Brotherhood anime, you know that Noctis and Ignis have a special bond. Ignis has been Noct’s attendant and protector since he was a small child, teaching the young prince and taking care of him. This has resulted in a strong bond between the two, to the point where they’re more than just friends – they’re brothers. The episode opens with an interesting scene of King Regis introducing Ignis to Noctis and asking him to protect him always “as his friend, and as his brother.”

This already sets the stage for Episode Ignis to be emotional, and it only ramps things up from there. Ignis has always been the collected one of the group, the calm adviser that keeps everyone going. This DLC shows us a battered Ignis, panicked to get to Noctis and ensure his safety. Each episode have shown us a little more of each respective character’s personality, but Episode Ignis especially dives into a more emotional side that we haven’t seen before.

Ignis’s combat style gives him three elemental daggers to switch between. Fire focuses on a single enemy, ice hits groups of enemies, and lightning has him zipping around the battlefield. Combat also gives you techniques to use and a new system called Focus that lets Ignis use a powerful move. What really makes Episode Ignis so fun to play is how varied it is. The core combat works incredibly well and flows smoothly, letting you pull off dodges and devastating combos.

At the same time Ignis gets a grappling hook to play around with, letting you traverse the rooftops of Altissia like never before. The episode bounces back and forth between different gameplay elements, set pieces, and story scenes at a breakneck pace. This sets it apart from the other episodes as easily the most fun to play, offering different combat systems that work well together alongside a story that immerses you the entire time.

Throughout the episode, Ignis looks more and more disheveled and he starts to lose his cool here and there. This is especially apparent when he and Gladio are talking via radio. While Gladio is laying out a plan Ignis remains quiet, resulting in Gladio screaming at him over the radio to get his head in the game and keep it together. This is a rare moment where we see Ignis lose his composure over worry for Noctis.

The crux of Episode Ignis’s storytelling is emotion and bonds, just like the main theme of FFXV. Ignis and Ravus are at odds with each other, but their love of Noctis and Lunafreya is what brings them together. Interestingly, Ignis starts seeing visions of the fate that awaits Noctis, the sacrifice that he’ll need to make. We won’t spoil the main ending of Episode Ignis, but we will discuss the alternate ending, as it presents this idea of brotherly love even better. There’s an interesting duality to what we see Ravus do and what Ignis does in the alternate ending of the DLC.

After the events in Altissia, Ignis is swept away to Niflheim by Ardyn where he uses the power of the Ring of the Lucii to fight the villain. A dramatic and difficult boss battle ensues that easily rivals the final boss battle of XV. As Ignis isn’t of royal blood, he needs to make a sacrifice to use the Ring of the Lucii. Here, Ignis does the very thing he reprimanded Ravus of earlier in the DLC when he discovers Luna’s death, telling Ardyn he doesn’t give a damn about the world but he won’t let him take Noctis. Family runs thicker than anything, and here we see Ignis throw away everything for Noct. Since he saw visions of the sacrifice Noctis makes and what’s required, Ignis knows that the only real way to stop Ardyn is for the one true king to die.

Instead of letting that fate come to pass, however, Ignis sacrifices not only his life but potentially the fate of the world – all to save the person he cares about most in the world. The canon story of Episode Ignis features similar plot threads of sacrifice and love, but frames it within the proper narrative of XV.

Video games oftentimes have trouble with the way they portray men and masculinity. Love and emotion between men isn’t always put to the forefront, but Final Fantasy XV and Episode Ignis has no problem doing that. Ravus cries over Lunafreya, and Ignis lays bare his unconditional love for his brother. We take a lot of time to focus on “brotherhood” between characters in games like Call of Duty and Gears of War, but it’s incredibly refreshing to see a game like FFXV tackle masculinity in such a realistic way.

Episode Ignis is a remarkable addition to FFXV that not only fills in some gaps from the story, but also delivers an emotional punch sure to hit anyone that’s completed the main game. It’s emotional, engaging, well-paced, and features tight gameplay that feels like an improvement over Episode Gladio and Prompto. It’s easy to see why this episode took the longest to develop and if it serves as any indication, we should look forward to the game’s remaining DLC coming in 2018.