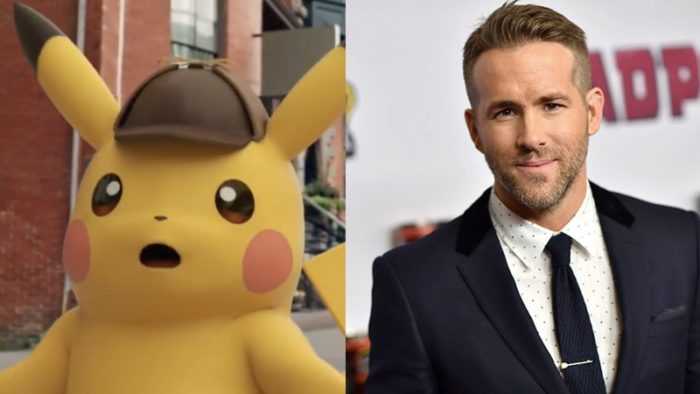 The Hollywood Reporter has revealed in an exclusive report that Deadpool actor Ryan Reynolds will play the titular role of Pikachu in Legendary’s upcoming live-action Pokemon film Detective Pikachu.

The actor will not only voice the role of a special breed of Pikachu set to star in the movie, but will also provide motion-capture footage for the character. Keep in mind that this particular electric mouse can actually speak, meaning Reynolds won’t just be saying “Pika” all the time.

He joins actor Justice Smith for the film, who will be seen next in the upcoming Jurassic World: Fallen Kingdom. Detective Pikachu is set to begin filming in mid-January in London and will be led by Goosebumps director Rob Letterman.

The movie revolves around the kidnapping of Smith’s character’s father. The teen teams up with Pikachu in order to help track down the people responsible for the deed, enlisting the help of a journalist played by Kathryn Newton along the way.

The Reporter notes that Legendary has “high hopes” for Detective Pikachu, seeing as how the yellow monster is the mascot for a franchise that has sold over 300 million copies worldwide and has an anime that has run for over 20 seasons.

It remains to be seen if this bizarre project will live up to its potential, as at the moment it seems as though reaction to Detective Pikachu has been lukewarm at best. Here’s hoping that fans will be pleasantly surprised once the film releases in a few years.