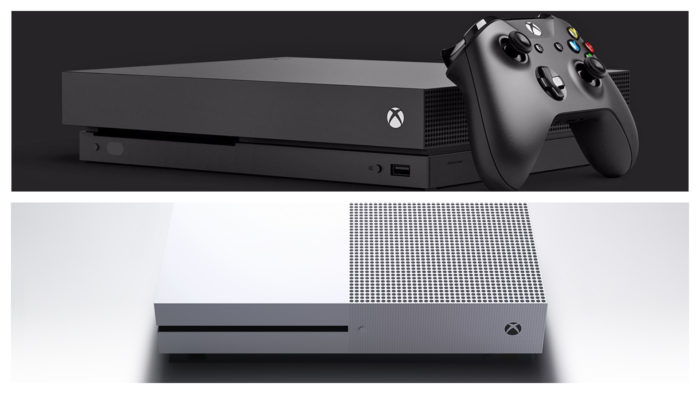 Is The Xbox One X Worth It If You Own an Xbox One?

The Xbox One X is finally here and fans of the Xbox One family of consoles are going to have to make an unusual choice that they don’t normally have to make. They will have to decide if they want to pick up a true new mid-gen console or not. If you want the most powerful home console currently on the market that is capable of making games look as good as they possibly can (PC excluded of course), then you’re going to need to pay up the $500 for the Xbox One X.

That being said, if you already own a home console, in this case, the original Xbox One, is it really worth the $500 to upgrade to the Xbox One X? Cost is relative and it’s going to depend if you can afford it or not. If money is no object, then sure grab the Xbox One X. But in the likely event that you’re someone that is on the fence and wants to be careful with their money, this guide is for you.

We’ll break down the biggest and most relevant differences between the two consoles and then give a verdict on whether or not the Xbox One X is still worth getting if you already own an Xbox One.

Normally in our other comparison article guides, we would break out these categories into their own respective sections. However, being as the Xbox One X and the original Xbox One are in the same family of consoles, the features of the Xbox One X are shared in a lot of ways with the Xbox One. Other than, of course, the performance-based features we’ll get to in a second.

Both consoles play all the same games, including all of the backwards compatible titles that you can check out here. The same exclusive games unique to the Xbox One family of consoles, will be playable on both. As far as we know, there are no plans to release Xbox One X exclusive games. This isn’t meant to be a completely new generation that eventually leaves the original Xbox One behind like the Switch is kind of doing with the Wii U and 3DS.

The new and improved Xbox One UI will appear on both consoles, and you’ll be able to take advantage of all the quality of life changes that brings. Finally, all of the network applications are the same. You’ll get the same Games with Gold deals, access to apps like Netflix, Hulu, etc. and community features such as integration with Mixer, clubs and LFG updates.

The only real difference is that the Xbox One X is able to enhance some backwards compatible games to a level that the Xbox One will not be able to. But at the end of the day, it’s still an Xbox 360 game. We’re not talking full remaster quality levels here.

OK so here is where things are indeed very different. The biggest selling point of the Xbox One X if you’re already an Xbox One owner is the significant step up in power. The Xbox One X is an upgrade in just about every way possible as compared to the Xbox One. If you’re interested in the technical specifications, we’ll share them below. Having played both consoles extensively (read our full impressions here) I can tell you that with the right 4K television, the Xbox One X will certainly feel and look noticeably better than the original Xbox One.

It runs and loads faster, is less sluggish getting around menus, and of course, is a lot prettier when taking full advantage of the HDR and true 4K features of your TV. That said, make sure you do your research and purchase the right TV because not every 4K TV is made the same and some are better than others for playing games. If you’re a loyal fan of the Xbox One and want the best experience possible, the Xbox One X is it.

The Verdict: Should You Buy an Xbox One X if You Already Own an Xbox One?

The Xbox One X is no question, an upgrade over the original Xbox One. That said, considering it’s not offering anything else other than an upgrade in stuff like visuals, load times etc., your money is likely better invested in getting another console that can also add a new library of games for you to play. You could get a PS4 Pro, and get a marginal upgrade at least in visuals and quality, but more importantly, have access toPS4 exclusives. Or, you can pair up with a Nintendo Switch and get your Super Mario Odyssey on. If you don’t own either yet, that’s a different conversation entirely, and you can check out our full review to get a better sense of which direction you should go in.

So on a very basic level, no, the Xbox One X is not worth getting if you already own an Xbox One, even if you own a 4K television set.

Consider these more specific questions and scenarios as well though:

Do you not care about PS4 and/or Xbox One exclusives at all and already have a 4K set ready to go? – In this specific scenario, assuming you’re able to trade your current Xbox One somewhere and get some value for it toward an Xbox One X, we could recommend upgrading.

Are you big on PC gaming?: If you are, we would recommend the Xbox One X even less considering you can upgrade your PC to match or even exceed what the Xbox One X is capable of. You’d just be missing out on Xbox One only games of which there aren’t that many that are also not on Windows PC.