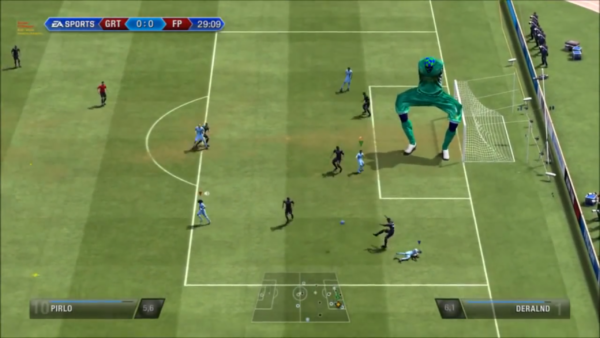 FIFA, EA’s incredibly popular Football (Soccer, if you insist on using the incorrect name) game, has seen some incredibly funny glitches over its long history. From in-game players falling all over each other, to the ball not quite behaving like a ball, FIFA players have seen it all. This glitch, however, which involves the goalkeeper turning into a giant headless mess, is quite possibly the funniest we’ve ever come across.

The glitch was seemingly first recorded by SASportsGaming on YouTube, who documented footage of this creature and uploaded it. How to replicate the glitch is unknown, and it’s a mystery as to whether or not we’ll ever see something quite as horrifying come out of FIFA ever again. It made a return in FIFA 15, but nobody has seen it since. 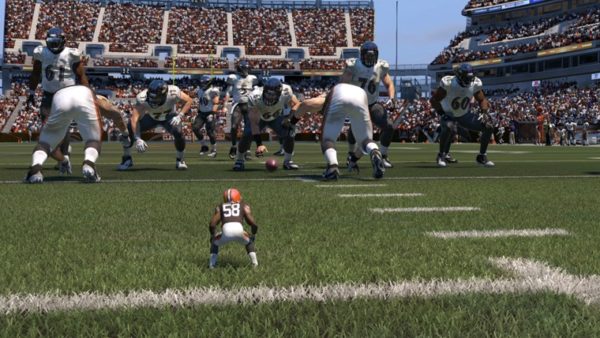 Going from giant players to tiny ones, EA really knows how to surprise us. This glitch, which was only available to be accessed for one weekend during the lifespan of Madden NFL 15, turned Browns rookie linebacker Christian Kirksey – who is normally a 6’2″ beast – into a 1’2″ant of a man. The bug was a mistake on EA’s end, who introduced a Tennessee Titans solo player challenge for Madden Ultimate Team. The player, eventually dubbed the ‘Tiny Titan,’ was practically useless on the field, but it sure was a heck of a laugh to play with.

EA, upon discovering that this glitch was out in the wild, actually embraced the hilarity, challenging players in a blog post to face off against the Tiny Titan for one weekend only.

Fight Night Round 4 Demo – Flying Around 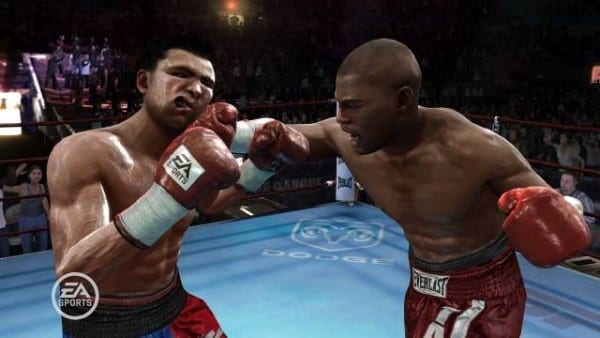 Fight Night Round 4, 2009’s boxing entry, was overall a quite polished and well-made game. But the demo, which EA released a little while before the full release, was something else. A glitch was found in the demo that will go down in history as one of the best glitches of all time, purely because of its hilarity and the chaos that ensues as a result of it. When one of the players available in the demo, Ricky Hatton, would grab on to his opponent, there was a chance for them to start flying around the ring in an elaborate waltz. There’s nothing more to say, except to watch the video below to experience this artistry.

Anything in NBA 2K15

NBA 2K15 was only the second NBA game to be out for the Xbox One and PS4, which could possibly explain why there were so many horrifying model glitches in the game. You couldn’t go a game without encountering players sliding across the court, or limbs mysteriously growing to ten times their original size, or god knows what else. There’s too many glitches for us to even begin with NBA 2K15, but the highlight reel below sums it up perfectly (Thanks to balls.co.uk for a few of these gifs).

It’s safe to say that 2K Games has got it all worked out now, but there were a few rough years for NBA 2k fans.

The WWE games went through a rough patch after publisher THQ closed – changing hands to 2K, who struggled to get the formula right for a few years. Today, the series is in good shape, and even when THQ was publishing the games as ‘Smackdown vs RAW,’ there was a high standard. But that makes us think – what the hell went wrong with this glitch in 2010’s iteration to the series? Everything goes south in a glitch uploaded to YouTube by Opaiti, who was playing a cage match with Vladimir and the Great Khali. The characters teleport around the ring, sometimes completely clipping through it, and then somehow end up on top of the steel cage.

Check out the video below to see the glitch, and it’s best watched with sound – the commentators make it a thousand times funnier.