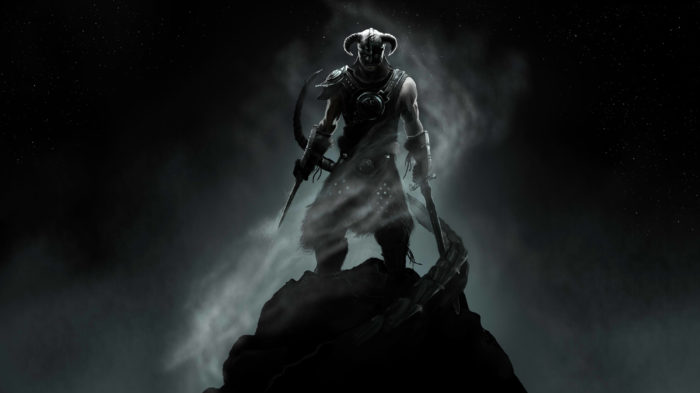 With the recent launch of Skyrim on Nintendo Switch, Bethesda’s massive RPG can be played on almost any console you could want. Whether that be the six year-old original on PlayStation 3 and Xbox 360, the remastered version on current systems, or portably on the Switch, jumping back into Skyrim’s world is as easy as it has ever been. That being said, all those versions offer the same base experience, with some graphical differences. However, the most recent version, Skyrim VR, while being the same base game, gives players an all-new way to play.

Jumping into Skyrim VR did worry me, though. How would what is already a last-gen game look on a platform that puts so much scrutiny on visual fidelity? And would Skyrim’s free movement and generally clunky combat make me feel ill after just a few minutes? Thankfully, while Skyrim VR isn’t a perfect experience, exploring its world is far more enjoyable than I expected.

You’re offered three different ways of playing: free movement with the DualShock 4, free movement with the PlayStation Move Controllers, or teleportation-based movement with the Move controllers. Playing with Moves certainly increases the immersion, allowing you to tie abilities and weapons to your character’s hands, and your own arm movements. You’ll swing your sword at a bandit with your right hand or block an incoming arrow with the shield in your left. It’s these kinds of features that differentiate the level of interaction between Skyrim VR and the standard game. Walking is also easier to understand with Move Controllers since, to move forward, all you have to do is press the central move button and face the direction you wish to go. It makes navigating the world far smoother.

However, even with these positives, the old technology that is the Move Controllers often makes interacting with the world quite awkward. You have to be very precise with your arm movements when attacking and moving into good attacking positions when in combat can be difficult with the alternate movement system. While Move Controllers are the best choice for increased immersion and smoother exploration, they aren’t without their limitations.

A DualShock 4 will probably be most players’ controller of choice, however. Not just because many PlayStation VR owners don’t have Move Controllers, but because the control scheme is far more familiar. You move forward freely with the left thumbstick and change direction in segments with the right thumbstick, with all the other actions being tied to the same buttons as they are in the base game. You may not feel like you’re the one fighting the dragons, since you’re not swinging your limbs in anger, but it makes interaction with the world far easier to grasp.

No matter what control scheme you use, though, exploring Skyrim is incredibly fun. Playing in virtual reality makes the world feel more like a real place than ever before, and its sheer scale is amplified dramatically. It has always been a quality open-world RPG, but looking up at the mountains ahead of you as you embark on one of the many quests offers more possibility for adventure than any other VR game – you probably don’t need selling on Skyrim itself, though. It is perfect proof that full experiences work just as well in VR as shorter, more unique experiences do, as long as they are well-designed, or ported well if they’re new versions of older games. Exploring a world like Skyrim, or a setting like Resident Evil VII’s, can by just as thrilling as more gameplay-focused games like Thumper and Superhot.

The fact that the visuals haven’t suffered too much, and the inclusion of VR-specific features, show how much effort has been put into the port. As you’d expect, Skyrim takes a bit of a hit detail-wise, with any close inspection revealing how low-resolution some of the textures are. However, when looking out into the distance at the snowy mountains surrounding the towns, or exploring the game’s more enclosed areas, it looks very good. It’s the middle distances that are less than impressive, with many of the objects suffering from a strange shuddering around their edges. The game is also no less detailed than the original game, which ensures that the world is still impressive as a whole. The only distraction is a couple of bugs and inconsistencies, such as floating items or enemies clipping through objects, but they’re nothing we haven’t seen from Skyrim or other open-world games before.

The virtual reality-specific additions or alterations make Skyrim VR a smoother experience as well. Menus, conversation options, and subtitles are separated from the world well, ensuring that they’re easy to read and interact with. The world map also sees you float above it, giving you the ability to move around it, scouting locations and placing waypoints. It’s both an impressive sight and a great way to make what is an extremely important map easier to navigate in VR.

The other VR-specific feature helps fend off any possible motion sickness that could come from exploring Skyrim VR’s world. As is the case with most PlayStation VR games, there’s a dark area that surrounds your vision while you play. However, where Bethesda’s game differs is in how that black area closes in further as you move, making it look almost like you’re looking through a tube of sorts, yet never hampering your vision. It removes a substantial amount of your peripheral vision, ensuring that you’re focused on where you’re going and not feeling unwell. The game generally dealt better with movement than I expected, ensuring that I rarely felt like I needed to take the headset off. I would strongly recommend taking it off during the introductory cart ride and to avoid falling down too many mountains, however.

A little to my surprise, Skyrim VR is one of the best experiences available for PlayStation VR. Having the chance to explore its world at your freedom with a perspective you’re never had is hugely enjoyable and proves that full games work just as well in VR as the more unique smaller titles.