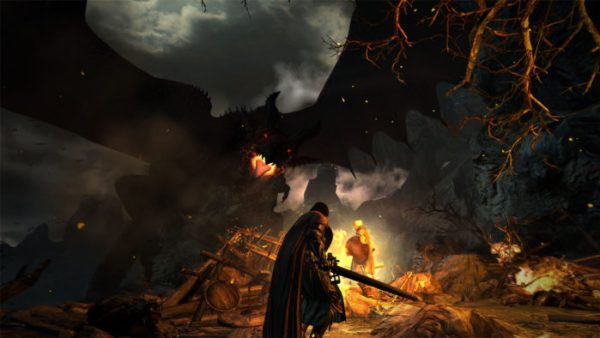 Dragon’s Dogma: Dark Arisen puts players in control of a character referred to as the Arisen. Your character is originally from a small seaside town called Cassardis, but everything changed when the evil ancient dragon attacked. In an attempt to protect their fellow villagers, the Arisen tried to fend off the dragon, but to no avail. In the encounter with the dragon, the Arisen’s heart was stolen, and the player’s journey is all about traveling around the world of Gransys to track down the dragon and reclaim the stolen heart.

Along the way, we’re introduced to the capital, known as Gran Soren, where we meet the duke and other key characters. The whole world is rallying together to fight back against the dragon and other evil forces in Gransys, but of course, not everything is as it seems. The story of Dragon’s Dogma unfolds as you complete missions for the duke and earn his trust slowly. 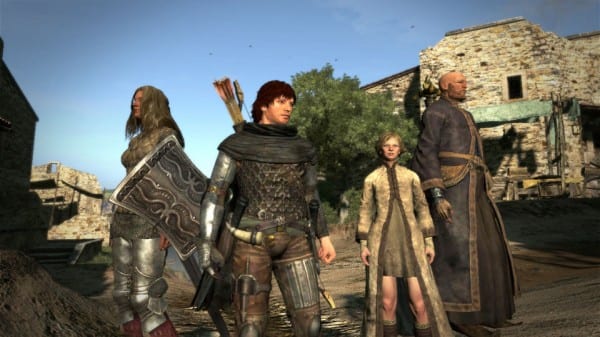 Dragon’s Dogma: Dark Arisen is an open world action RPG, which means that there are plenty of side quests for you to take on if you don’t want to do any of the main missions. Most of the game’s side quests can be found in the capital Gran Soren, and you can also take on special fetch quests and escort quests for certain NPCs at the city’s quest board.

Combat-wise, Dark Arisen features a pretty dynamic action combat system. You’ll get to choose a starter vocation (fighter, ranger, mage) at the beginning of the game, and this will determine your play style for the first few hours, at least until you reach Gran Soren. Your vocation also determines the kinds of weapons you can equip, and the skills you can learn. For instance, a ranger can’t wield a sword and shield like the fighter, but swords will be unlocked once you gain access to more advanced vocations like the mystic knight. Vocations also have a separate leveling system from your character, and switching vocations will require you to level them up from scratch.

There are many beasts to encounter in Gransys as well, and you can try to fight them if you’re feeling up to the challenge. Players have the ability to jump onto the back of these monsters to hack away at their weak points. Certain body parts can also be chopped off, weakening the beast, and forcing them to perform certain moves or attacks. Dark Arisen is a re-release of the original Dragon’s Dogma, and it includes all of the game’s previously released DLC. This includes armor packs, and other cosmetic items. Dark Arisen also introduces a brand new dungeon called Bitterblack Isle, which can be accessed through a boat ride from Cassardis. The dungeon itself brings a whole new selection of armor and equipment for you to discover, along with newer and tougher enemies to challenge. However, it’s highly recommended that you hit level 45 before attempting to face the dangers here.

On a more technical level, Dark Arisen also fixes a lot of balancing issues and other complaints players had with the original game. For instance, Ferrystone prices have been reduced, and Portcrystals have also been added to certain key areas in Gransys. Weapon skills have been re-balanced, and new enemy placements are also introduced in this re-release. Dark Arisen has also received a nice graphical upgrade on the PS4, Xbox One, and PC, and the game is looking sharper than ever.

Dragon’s Dogma: Dark Arisen is now available on PC, and will be released for PS4 and Xbox One on Oct. 3.