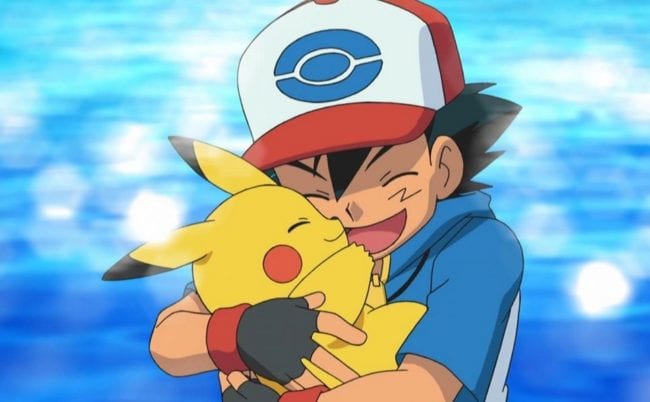 Confession time, neither Pokemon Gold nor Silver were the first Pokemon games I played. Though the games are re-releasing on 3DS today and everyone is sharing their experience of playing either game for the first time I, like some others, missed out on the craze as a kid. Instead, I got on board with the series with Pokemon Ruby and Sapphire in 2002, and have kept up with each new main entry pair ever since.

When I think of the franchise today, it’s hard to ignore how much it has changed. Back when I first joined in on catching them all on the Game Boy Advance, I had the privilege of stopping by the park close to my house to battle and trade monsters with the local kids, plus talk about the game’s many secrets with them. Kids today don’t even need to go outside to interact with other people; they can just rely on a steady internet connection to do all that and more. It’s quite surreal when you put that in perspective.

And yet, despite the many differences in technology the original players of Pokemon Red, Blue, Green, and Yellow have with players whose first foray in the series was with Black and White, the franchise provides us something we can all enjoy, regardless of what age we may be.

But what keeps the older generations of trainers coming back for more? Each installment is essentially a repetition of the game before, with new Pokemon, a new region, and a new set of Elite Four to defeat, so why bother?

The answer lies in the success of Pokemon GO and Nintendo’s willingness to re-release Red, Blue, Yellow, Gold, and Silver on 3DS. Essentially, it all boils down to nostalgia. It’s strange to think about, but the things we experience as children really determine the people we will become later on in life. In many ways, if you were a Pokemon trainer as a kid, you’d probably be a Pokemon trainer for the rest of your life.

Nostalgia is the driving factor to the success of non-Nintendo properties too. If it weren’t for the phenomenon, titles like Mighty Number 9, Yooka-Laylee, and Bloodstained wouldn’t exist. Each game classifies as a crowdfunding success (even if the end product left a little to be desired) and proves that nostalgia does improve profit margins. Though you can be quick to judge the methods in which big businesses profit off of human emotion, the fact remains that nostalgia is an innate, basic instinct that none of us can really shake off.

Pokemon GO proves this point as well, as people I knew who only casually liked Pokemon or saw the anime once upon a time joined in on the party, and many other people who have never even played a main entry Pokemon game in years or at all joined in on all the madness. Pokemon GO’s success not only proved that Nintendo was really missing out on the mobile industry all these years, but showed that even the smallest hint of a memory can be a powerful tool. For a brief amount of time, Pokemon became much more than a cultural phenomenon and integrated itself into the daily life of millions of people around the globe.

Additionally, not only did the success of Pokemon GO bring communities closer together, but a case can be made that it brought the world closer together too. People from opposite ends of the globe could catch and train Pokemon native to their homelands, then show them off with new friends they’ve made while on vacation or at an airport. This feature shares a similarity with the modern games of the franchise and remains essential for the franchise’s international community. It was and still is a powerful symbol of unity, togetherness, and just plan fun that anyone could have and get into with little to no barriers in the way.

Though the thrill of catching them all serves as a driving motivation to keep playing Pokemon games indefinitely, it’s a sense of shared experience that really makes the franchise unique and worthwhile for everyone. Establishing a common framework from which anyone can learn, Pokemon should be praised for how wonderfully it brings human beings together, no matter their sex, race, occupation, or history. And especially not their age.

Its hard to tell how long this sensation will last, but that’s perfectly okay. Nostalgia has to run its course eventually, after all, and there’s only so many monsters trainers can catch before the formula runs dry. But for now, what Pokemon players have is a perfect collective of ideas, strategies, and imagination at their fingertips, and I couldn’t be more grateful for that.