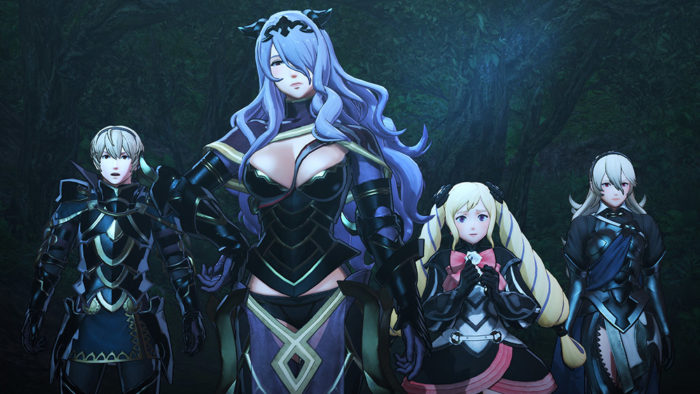 It’s a great time to be a Fire Emblem fan. In less than a year, we’ve received Shadows of Valentia on the 3DS, Heroes on mobile devices, and it won’t be long before we’re treated to the Switch-exclusive Fire Emblem Warriors.

The core gameplay needs little introduction. It’s a Warriors game, which means that you’ll get to control various Fire Emblem characters while pressing the X and Y buttons to perform crazy spammy combos to rack up an insane kill count in a hack-and-slash environment. Similar to the other Warriors games Omega Force has developed, Fire Emblem Warriors is a mission-based game, where you’ll enter a map with a select set of characters and complete a few objectives before fighting the main boss. Basically, you’ll kill about a thousand soldiers, run from point to point capturing enemy bases, and then face off against a powerful boss.

The demo I played at Tokyo Game Show put me in control of Awakening’s Cordelia (or it might have been Fates’ Caeldori – same character, really), along with a party that included Camille, Sakura, and Marth. The interesting part about playing as Cordelia is that I got to fly her signature Pegasus all over the map. This also makes for some hilarious combat encounters, such as a fight against the horse-riding knight Frederick, where I literally juggled him (and his horse) into the air for a good 10 to 15 seconds while beating the crap out of him with my spear and special power.

I suspect this is going to be the same for all flying characters, but I did find that combat felt a bit awkward while fighting atop a Pegasus. It was difficult to aim a combo at a locked on target without accidentally flinging myself into the air, before I struggled to get back down on the ground again. However, when you’re out of combat, the Pegasus speeds up significantly, and its gallop through the air becomes a graceful glide that allows you to cover ground much more quickly.

While combat is largely the same, Fire Emblem Warriors does also come with a few neat tweaks that make it stand out from your typical Warriors game. For instance, using your special move puts your character into an uninterrupted animation as they show off their flashy skills before cutting to a quick shot of their anime portrait as they deliver their final blow, Fire Emblem style. Depending on who you have in your party, you can also perform special attacks with party members to deal even more damage and execute even flashier moves.

It’s a very beautifully animated game, and it comes with all that Fire Emblem flair and pizazz that’s sure to make fans happy. The music is rousing and grand, and you really feel like you’re in an epic battle with your favorite characters from the series. Except, you know, you don’t really need a lot of tactics and strategy in most of these fights.

However, one major complaint I have with the game is that everything comes to a screeching halt whenever you or one of your party members gains a level. After earning enough experience points to level up, the gameplay is interrupted by a classic-looking Fire Emblem level up screen as you get to see which of their stats got a boost. This isn’t an issue at all in traditional Fire Emblem games because those are tactical RPGs, but in a fast-paced action game like Warriors, it can really mess up the flow of the combat and interrupt your attacks.

As you fight alongside your selected party members, completing certain objectives or teaming up with them for a combo can also increase your relationship rating, indicated by a red heart over their heads. Though I didn’t get to see much else of the game outside of that one combat mission, I’m pretty psyched to see characters from all over the series bond with each other with new support conversations.

Fire Emblem Warriors might not necessarily satisfy your tactical RPG craving, but if you’re open to trying out a Warriors-style action title, there’s a lot of potential fanservice to be appreciated here.