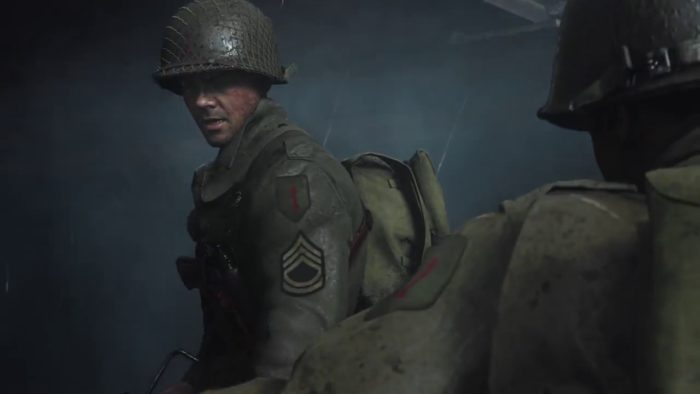 Call of Duty may be known for its wide berth of multiplayer options, but its grandiose single-player offerings have been taking a backseat to those modes as of late. That’s all changing with its latest iteration. Call of Duty: WWII appears to be making an effort to bolster the way audiences view the single-player campaigns of Call of Duty in general, with what appears to be a personable cast and memorable set pieces. It’s taking single-player back, and that’s a fantastic decision for the immensely popular franchise.

The series is and always has been about telling important stories over headshotting someone on the other side of the world, and I’m thankful to see these changes being implemented. It’s time for the games to place more emphasis on the blockbuster stories that have helped catapult them to the top of the first-person shooter genre in the first place instead of focusing all the most time and energy on multiplayer modes meant for quick cash-ins to keep players coming back. That will still happen of course, but there’s room to have both, isn’t there?

A renewed focus on storytelling and setting up a memorable cast of characters like Captain Price and John “Soap” MacTavish is exactly what the series needs to rejuvenate Call of Duty as a brand. Call of Duty: WWII in particular revolves around a 12-men squad of the 1st Infantry Division as they bring the fight to France, Belgium, and eventually Germany. The campaign will explore true-to-life historical events such as the Invasion of Normandy and the Battle of the Bulge. I spoke at length on how these stages help lend legitimacy to the game as a whole before, but they also give players a reason to invest in the game as well as the franchise.

For instance, I’m much more apt to care about the Call of Duty universe after getting to know soldiers like Private Ronald “Red” Daniels and Previate First Class Robert Zussman throughout promotional vignettes and my eventual time with the 16th Infantry Regiment. Like watching films such as Dunkirk or Glory or similar war-themed flicks, personalities and stories are a much more viable draw for some players (me included). I end up remembering individual stages and missions when I look back at Call of Duty games, not the killstreak I landed, though I’ve spent hours and hours in various multiplayer modes over the years.

This problem isn’t something that’s relegated to Call of Duty, not by a long shot. The quality of the single-player campaign has continued to dwindle in a market that caters primarily to multiplayer-first offerings, to the point where some titles just doff the option entirely. Some end up flourishing, like Overwatch, and the others, like LawBreakers, end up dangerously close to being unsustainable with nothing left for players to engage in once the multiplayer portion of the game has been rendered useless. If there are no players online to compete with, these games are essentially worthless.

Call of Duty hasn’t yet succumbed to these problems, considering most installments either receive reissues or remakes to attract a brand new audience (most recently showcased with Call of Duty: Modern Warfare) but the potential is always there for the games to devolve into a used husk where players and matches online flowed like water.

That’s why placing more emphasis on the expansive, well thought-out campaign is so important going forward as we enter an age where abandoned multiplayer affairs run rampant. It’s so easy to just go onto the next game one after another as player counts dwindle or fades die out. There’s always going to be another way to dive for cash and additional players with a double XP weekend or loot drops or special DLC. But there are only a few opportunities to ensnare players with a good story, and Call of Duty: WWII’s decision to split development time on both is a great idea for all parties involved.