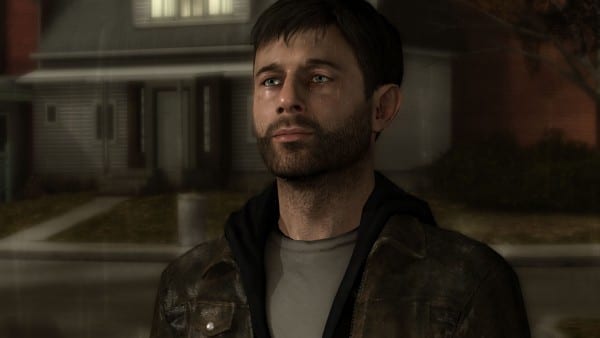 Before anything, it’s worth mentioning that this list will contain huge spoilers for the games talked about. If you’d rather not have anything spoiled, it’s best to turn back now.

There’s a huge amount of amazing games out there these days – many of which tell immense and sprawling stories. Unfortunately, this means that some games have massive plot holes that can at times leave a stain on a masterpiece of a game. This is some of gaming’s biggest, and will contain some pretty major spoilers for Fallout 3, Final Fantasy VII, The Legend of Zelda: Ocarina of Time, Heavy Rain, and the Mass Effect series. Don’t say we didn’t warn you!

Fallout 3 – Why Couldn’t Fawkes Do It? 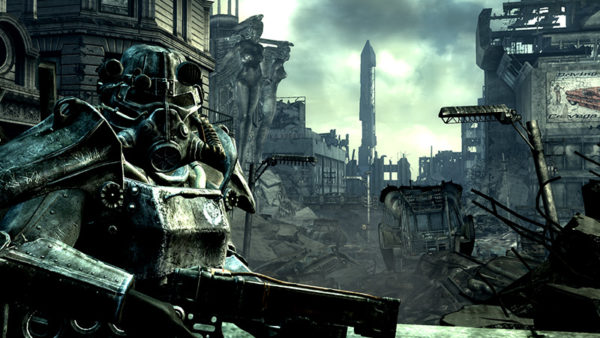 Starting things out is a plot hole so gaping that it needed to be patched with a later DLC. The final mission of Fallout 3 culminates in you, the player, having to turn on the water purifier that will provide fresh, clean water to everyone in the wastes. Unfortunately, the room inside the purifier contains a lethal dose of radiation that would kill anyone except a mutant quickly upon entering.

It’s a ‘hero’s sacrifice’ sort of ending, and it would be fine if you didn’t have multiple companions with you on your journey who were totally immune to radiation. The most prominent companion is a sane Super Mutant, Fawkes, whom you saved from vault 87, where he’d been trapped for 200 years. So Fawkes, the Super Mutant who is completely immune to all radiation, owes a pretty big debt to you, but what does he say when you ask him to enter the purifier? “We all have our own destinies, and yours culminates here. I would not rob you of that.”

Fawkes’ reasoning is pretty stupid in itself, and is basically the Bethesda telling you that your story needs to end here, dying to a lethal dose of radiation. It’s made more ridiculous in the fact that Fawkes, just a few missions before, happily walks into another (arguably more dangerous) lethal-to-humans dose of radiation to retrieve an item for you.

Bethesda acknowledged this gaping hole with the Broken Steel DLC, which lets you play after the game’s main story concludes. In this DLC, you can get Fawkes to activate the purifier completely safely, and recruit him once more in the post-game. 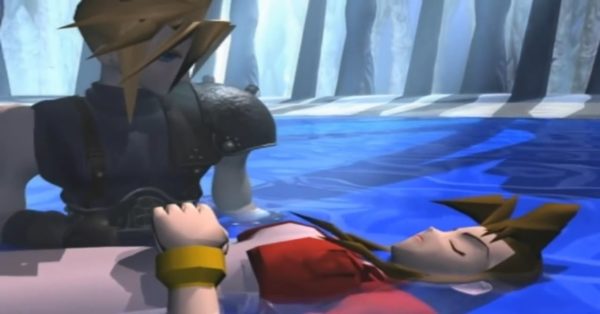 Final Fantasy VII is regarded by many as one of the greatest games of all time, with a legendary (if complicated) storyline, and setting a precedent for many games ahead of it. However, there is one plot hole that riles players even to this very day. Throughout a lot of the game Aerith, the healer of the group, is an essential part of the story and your team, and you grow close to her just like you would any other well-written character. So it comes as a shock to many players when the game’s main antagonist, Sephiroth, kills Aerith permanently.

Aerith’s death shook the very foundations of the Final Fantasy series, and perhaps the games industry in general, as one of the most shocking moments in any video game at the time. However, it left some scratching their heads. Why didn’t Cloud simply use a Phoenix Down – something you can use throughout the game to revive dead teammates – on Aerith? It’s a topic that’s had many scratching their heads for the longest time.

Mostly, people tend to simply write off that Cloud could’ve even used a Phoenix Down, saying that the item is just a game mechanic, and one that was never meant to have an effect on the plot of the game. This is an acceptable response, we suppose, but the subject will always be a fierce topic of debate among Final Fantasy fans, even twenty years later.

The Legend of Zelda: Ocarina of Time – Song Of Storms 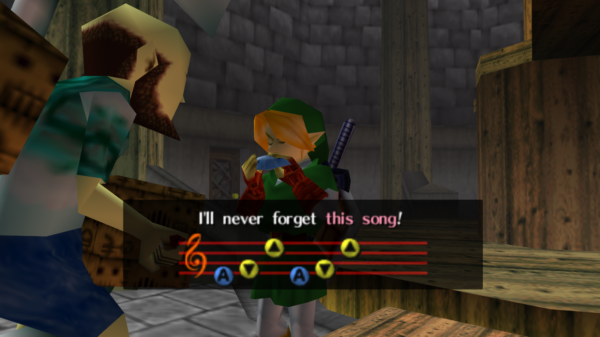 Straight into it with another legendary game, and one that is considered a landmark title in the games industry. The Legend of Zelda: Ocarina of Time is a pretty airtight game, telling a massive and epic story coupled with solid gameplay elements. But there’s one plot element that just can’t be explained away, and it’s one that’s bound to be an issue in all stories involving time travel – a paradox.

The paradox we’re talking about here is the way that Link acquires the Song of Storms, an essential song for your ocarina that is required for you to drain a well as Child Link, leading to a dungeon. The paradox here is known as a Bootstrap Paradox – if you travel to the location where you learn the song as Adult Link, a windmill, you’ll find a man furiously playing a music box, angry about a child that appeared seven years prior, playing a song on his ocarina that caused it to rain indoors. If you pull out the Ocarina of Time as Adult Link here, the man will teach you the song, letting you travel back in time and be the child that caused the rain in the first place.

This is a cool concept, but one that doesn’t really make sense when you think about it. Because of this Bootstrap Paradox, the song has really no origin – Link could never have learned the song if he hadn’t played it himself in the past, but he only knows the song learning it from the windmill man, who is angry that Link played the song… in the… past? Thinking about it too much hurts your head, but you’ll find loads of theories online trying to explain this minor yet incredibly confusing plot hole. 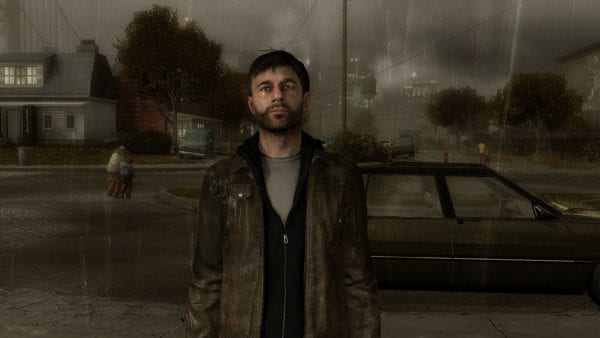 David Cage’s Heavy Rain is a game that any fan of story or narrative-driven games must play, simply because it tells a brilliant story in an almost movie style, something not often achieved in games. This game has a few plot holes, but there’s one pretty major plot hole that never gets explained. The entire game is centered around finding out and thwarting the ‘Origami Killer;’ a serial killer who leaves a piece of origami with their victims hands after murdering them.

Early on in Heavy Rain, the main protagonist, Ethan, loses one of his sons to the Origami Killer. From this point on, until you find out the killer’s identity, Ethan consistently has blackouts at random intervals, and wakes up later in an unspecified location while holding a piece of origami. This is pretty damning evidence for the player to believe that Ethan is the killer, but once you find out their true identity, the blackouts cease completely.

These blackouts, which were a very prominent part of the game until this point, are never explained or even mentioned again, leading us to believe that the writers decided to write out this explanation, inadvertently causing a major plot contrivance. Of course, this doesn’t ruin the entire experience for the player, and we still highly recommend you give this game a try if you haven’t already. 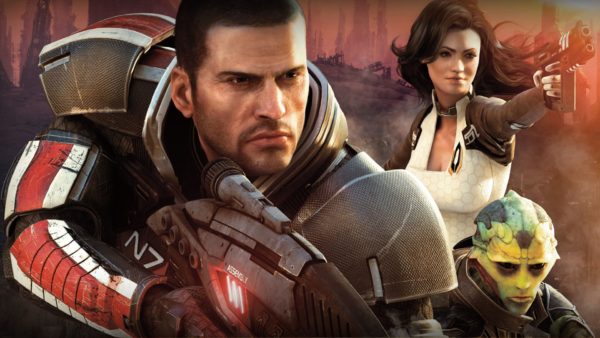 The Mass Effect trilogy is once again, a modern masterpiece in gaming, and whilst many believe that the ending to the third game ruined the franchise, it’s popularity can’t be denied. Throughout each game, the playable character Commander Shepard comes up against an overwhelmingly powerful race of sentient space-ships with the power to end all life in the universe.

One way that the reapers are so powerful is with their indoctrination ability, which gradually brainwashes anyone who is in their vicinity for long periods of time. Shepard encountered and fought many indoctrinated individuals on his journey, and even spent a long time in the close vicinity of actual reapers. So why didn’t he get indoctrinated himself?

There have been a few fan-theories surrounding Shepard’s resistance to indoctrination; many claim that he’s simply immune to the influence of the reapers, or that Miranda and the Lazarus Project inserted something to help his resistance to the effects, but this wouldn’t explain how his crew are also unaffected. At the end of the day, it can simply be chalked up to plot armor.

There’s also the really interesting theory that Shepard was indoctrinated the entire time; and there’s a surprising amount of evidence supporting this. If you like the sound of this theory, you can read about it here.