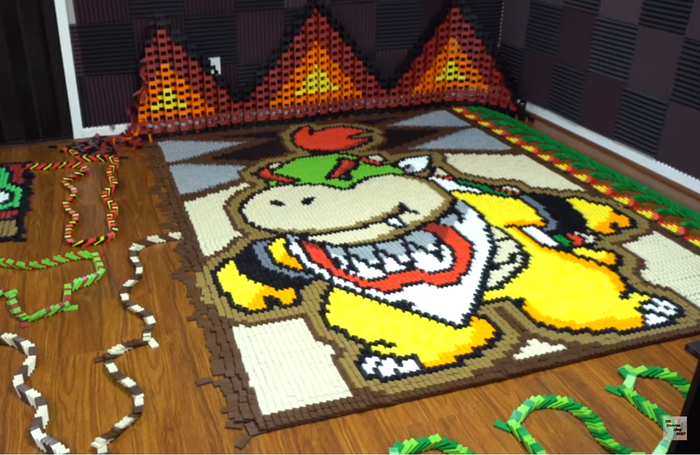 TheDominoKing has uploaded his newest domino project onto his YouTube channel which features the infamous villain, Bowser Jr. The Domino King ran a poll on Twitter to see what character he would portray next; he’s also done other Nintendo characters like Pikachu, Link, and Yoshi. Bowser Jr. won the poll and so began the 23,400 domino journey to recreate Bowser’s child.

According to The Domino King, the video took about five days of work to complete the elaborate project. He usually films with more than one camera, but this piece took more space than usual, hence the single-camera setup. You can watch 23,400 dominoes fall down in his video right here:

Wasn’t that one of the most satisfying videos ever? Make sure to check out The Domino King’s YouTube channel to check out some of his other beautiful, and complex creations. What video game characters would you like to see be made into a domino project? Let us know in the comments section!