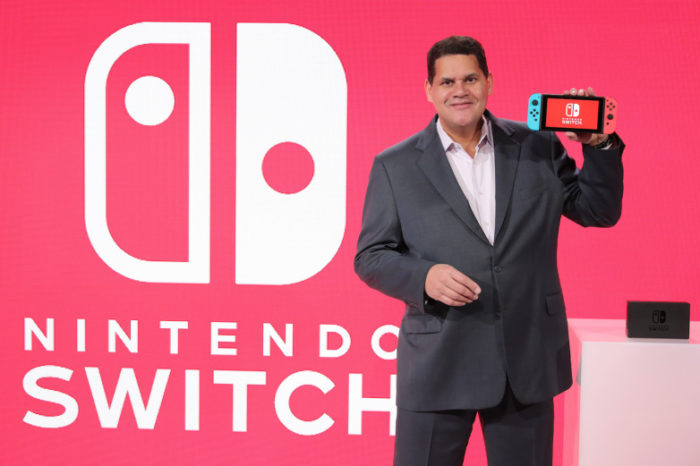 Nintendo brought in the big guns for their E3 press conference this year, featuring a ton of first-party exclusives. While some of them might be far off unfortunately, it doesn’t mean that hardcore fans of Nintendo still can’t be thrilled about it.

Super Mario Odyssey in particular stole the show for lots of people and left a lot of fans looking like this:

mfw when I saw that Super Mario Odyssey footage pic.twitter.com/oJhhkh6sCw

Seeing the hat mechanics in action and the fusion of 3D and classic 2D gameplay, left many fans super hyped:

Along with the gameplay footage, Nintendo also introduced wedding-themed amiibos for Mario, Peach, and Bowsers. And well….

So nice to see Nintendo supporting #Pride2017 at this year's #E3 pic.twitter.com/Cm9hEAd61s

Dude, you're too good for Peach. Marry me instead. #NintendoE3 pic.twitter.com/b0shbYkko4

Aside from Odyssey, the news of new Metroid games left many shocked as well. First up, there’s Metroid Prime 4 for Nintendo Switch, which was shown by just putting the title up on a 40-second teaser but that was still enough to send fans into a frenzy.

Me when I saw Metroid Prime 4 pic.twitter.com/RbSKGgX73B

The floor is any announcements better than Metroid Prime 4 pic.twitter.com/eRlPWP3RAF

That was just the first one though. Nintendo channeled their inner DJ Khalad and dropped another one too: Metroid Samus Returns.

Metroid Samus Returns……
Holy fuck…..fuck
It's happening not one but two Metroid games#NintendoE3

Basically it’s a re-imagination of Metroid II Return of Samus for the 3DS. This also triggered some jokes regarding its name:

oh shit that's why they shot down AM2R
well it's worth it for Metroid II-2: Samus Returns to The Return of Samus

Another trend came from the announcement of an untitled Pokemon RPG for Nintendo Switch. There’s basically nothing for it other than a simple tweet from Nintendo themselves to confirm the development:

Mr. Ishihara of The Pokémon Company is pleased to announce a core RPG Pokémon title will be coming to #NintendoSwitch!

THIS IS WHY YOU NEED TO CARE ABOUT CLIMATE CHANGE

WE NEED TO LIVE LONG ENOUGH TO PLAY THAT POKEMON RPG

I'VE BEEN WAITING 20 YEARS FOR THIS GAME! THANK YOU SO MUCH NINTENDO!

Pokémon core RPG and Metroid Prime 4 coming to Switch. This thing will continue to be difficult to get for a long, long time.

Not just another fighter, but a proper Pokémon RPG in the works, for the Switch? pic.twitter.com/LneqY1Lp3U

While there will still be people on the fence about the Switch after this conference, there are many that couldn’t be more thrilled.

How did you react to Nintendo’s conference? Let us know in the comments.