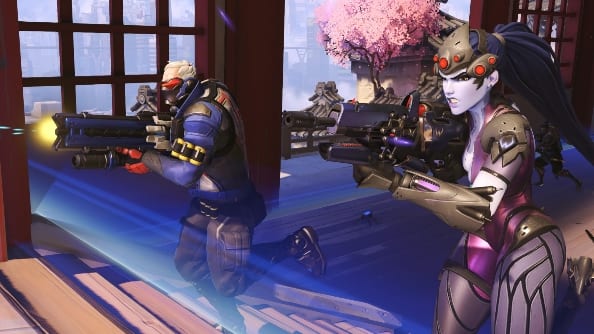 Overwatch’s Competitive Mode is considered the most intense and demanding aspects of this hit multiplayer shooter. While many other FPS titles offer more challenge-based modes, Overwatch’s competitive scene is solely focused on players performing at the highest levels possible. This is supported by a tier system that grades users based on their matches, with the lowest skilled users being placed in Bronze and the highest at Grand Master and Top 500. Those who win enough matches will be able to purchase Golden skins for their favorite character’s weapons, which is a nice way to show off your skill to others.

Yet, due to the constant influx of characters, maps, and modes, Overwatch has gone through a number of changes to try and balance this title. While many of them are welcomed by the community, one of the most recent additions via the April 11 patch altered how Assault and Assault Escort maps play. For those who don’t know, Assault maps set one team as the attackers and another as the defenders. The defending side needs to protect two points from being captured, with the second one unlocking after the first has been obtained. If the game goes to a draw, the team with the most time will play defense while the other launches their assault.

The big change is that typically a team’s progress was determined by how many capture points were obtained, but with the latest patch, a percentage system was implemented. This was added to reduce tiebreakers, which were rather prevalent when compared to the other game modes like Escort or King of the Hill. How the new system works is when players go to capture an objective, a percentage bar will tick up from 0 to 100 percent. In the event of a point not being captured, that percentage will be what the enemy team needs to beat in order to claim victory. So if the enemy attack team gains 50% of the objective captured, your group will need to obtain 50.1% in order to be the victors. In theory, this is a nice way to break ties. However, this has produced some rather alarming problems.

One of the most prominent issues is that if a team doesn’t manage to make any progress on an objective, the following attacker round can be over in a matter of seconds. This not only forces the defending team to literally sit on the objective the entire round, but makes certain team compositions like the quick and agile “Dive” setup that much more dangerous. All the enemy team would need to do is knock every defender off the point for a split second in order to obtain victory because any percentage increase will instantly cause a win. Not only is this just not fun for the defending team, but it’s not any real measure of a group’s skill as a whole.

Where this becomes even more bothersome is in the actual map design for the Assault maps like Anubis and Volskaya Industries. Choke points are critical to holding objectives, as they allow you to funnel the enemy team into more manageable areas for combat. Yet, if you need to hold an objective so the enemy team doesn’t sneak behind you capture the point, players will need to either vacate or fight far away from the choke. This essentially allows your opponents to walk right in without an issue. Maps like Anubis are not designed to have players fight on the objective, as it’s surrounded by high ground the attackers can easily take if you are all the way back.

While it is possible to pick heroes like Torbjorn, Soldier 76, and Widowmaker who need to fight from a distance, this can prove risky since flankers like Tracer can exploit the lack of people guarding the point. Remember, the enemies only need to pass your percentage, meaning that matches can be over in seconds if you step off the marked area long enough. Limiting your team to a small square to defend is not only unbalanced, but effectively makes it so you’re almost always fighting with your backs against the wall.

Even though the prior system produced more ties, they at least felt fair to both teams as any group that captured the point in Overtime were just given a minute to capture. This rewards teams that can work together and capture objectives regardless of their speed. Having to shift to a team composition that is all about speed just to try and gain a few percentage points could very well force users into roles they do not want to play or aren’t comfortable with. While the draws can be annoying at times, giving players a few more competitive points for a draw might alleviate the sting. There’s no doubting that competitive Overwatch is a blast to play, but having a match just end because you stepped off the point for a half second isn’t entertaining – it’s fundamentally flawed.