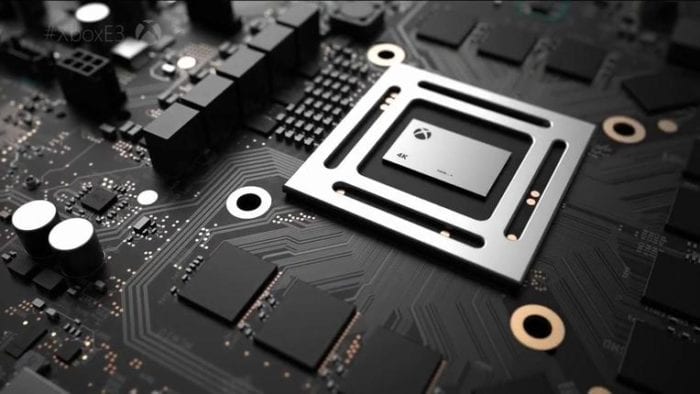 Following Microsoft’s reveal of Project Scorpio via Eurogamer’s Digital Foundry earlier today, we finally know what to expect from the upcoming powerhouse. Touted as the most powerful console in the world at last year’s E3, players have been wondering just how much more powerful the system would be in comparison to Sony’s PS4 Pro which – despite being able to display in a 4K resolution – uses checkerboard sampling to get there.

Well, to help you out, we’ve broken down the specifications of both Sony’s PS4 Pro and Microsoft’s Project Scorpio so you can clearly see where the main differences lie. We’ll also give you an overview of the major differences and what these mean for your gaming experiences on Project Scorpio. But first and foremost, let’s take a look at Project Scorpio’s final specs.

The first thing that tech fans will note when comparing to the PS4 Pro specs (which we’ve also included below) is the huge amount of memory in the Scorpio, as well as its high GPU clock speeds. Let’s start at the top, though. Scorpio’s CPU, the real brains behind the system comes in a smidgen faster than the PS4 Pro’s eight 2.1GHz cores. This comes in at about 30% faster than the Xbox One’s CPU. So while it’s faster, the significant parts of Scorpio’s specs are still to come. The 4K UHD Blu-Ray drive’s return from the Xbox One S, and an even faster 1TB hard drive than the Xbox One S’ will also likely keep those looking for the very best 4K gaming experience very happy.

But then we move onto the GPU and memory of Project Scorpio and it’s here that the system has Sony’s in some trouble. The GPU is not only almost five times better than that inside the Xbox One, it’s also a good bit nippier than the Pro’s 36 911MHz GPU units. However, it’s when this is combined with the system’s 12GB GDDR5 memory that the Scorpio pulls away from the competition. This allows for far, far faster transfers of high-quality graphical assets. In simple terms, your games are going to run way smoother, faster, and prettier than they could ever reach on the PS4 Pro. At least, when we’re just looking at the numbers anyway. You can check out the PS4 Pro’s specs below for a direct comparison.

Of course, while numbers are certainly important, it isn’t the only factor that needs to be taken into consideration as we enter the 4K console battle. Project Scorpio is more powerful, and is most certainly going to cost more than Sony’s PS4 Pro. Oh, and there’s the slight issue of games. Microsoft may have a stellar console on the way with Scorpio, but if they don’t work to get a compelling lineup of exclusive titles to play on the system, why have all that power in the first place?

For games’ announcements, however, it looks like we’ll just have to wait a little longer to see what Microsoft has in store.

What do you make of Project Scorpio’s specs? Do they have you excited for the future of Xbox gaming? Let us know down in the comments below.