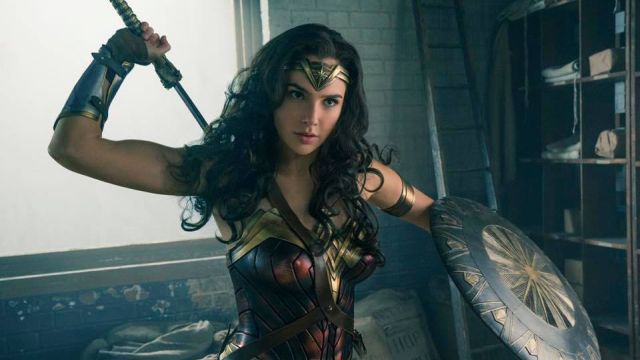 These days, playing a superhero in a big budget action movie basically makes you an icon before you’re spotting wearing the costume. This feeling has become enhanced with more and more hero flicks coming out, and this year will see the first female-led superhero movie to be released in a post-Avengers landscape with DC’s Wonder Woman (due out June 2), played by Israeli actress Gal Gadot. Best known for her role as Gisele Yashar in the Fast and Furious films, Gadot first made her appearance in the superhero world in last year’s Batman v Superman: Dawn of Justice. Her solo film will delve into her origins, taking place during World War I as she first encounters life outside of Themyscira and tangles with villains Ares and Dr. Poison. It’s a dream for Gadot, so much so that before she was actually cast in the role, she had a photoshoot that was heavily influenced for her love for Diana of Themyscira. From the lasso to the hair and the costuming, you can definitely see the passion for the female superhero come through.

Photoshoot inspired by my love 4 WW 6 years ago. Little did I know years later I would land my dream role🙃😉🙅🏻👊🏻 #grateful #believeinyourself pic.twitter.com/2Y1LO3QqJl

Divisive as Dawn of Justice is, one thing everyone can agree on is that Gal Gadot was the highlight of the film during her time as Wonder Woman. Warner Bros. made sure to include her in the marketing almost immediately for that film, and Gadot’s been giving tons of love to fans of the character on Twitter.

Much love to all the Wonder Women that attended #WonderCon over the weekend ❤️ pic.twitter.com/feGAGLjueX

Thank u to everyone who shared the #WonderWoman in their lives for #InternationalWomensDay! ALL the posts were amazing💛 #MyWonderWoman pic.twitter.com/dAVqL43ANL

Celebrate wonder women in your life this #InternationalWomensDay! Post a photo/story with #MyWonderWoman. It may be shared here #WonderWoman pic.twitter.com/bpU2CaTYB1

But of everyone the most excited about Wonder Woman, there’s one who’s got everyone beat on that score, even more than Gal Gadot. And that person would be her young daughter, Alma.