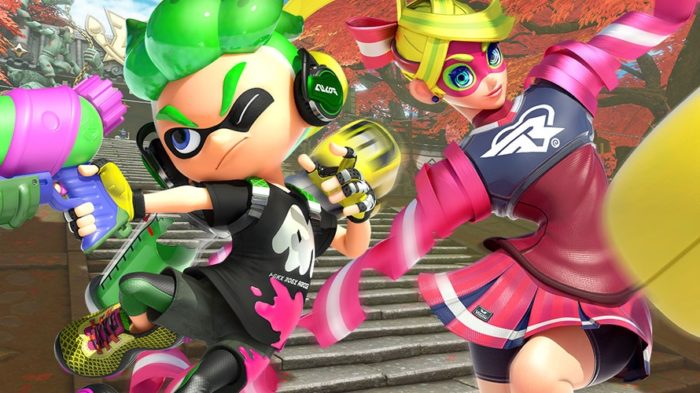 Nintendo had a ton of news to share during today’s Direct, not only for Nintendo Switch, but also for the 3DS. There were a handful of new announcements, as well as release dates for some of Nintendo’s biggest upcoming titles. If you happened to miss the presentation, we’ll help you get up to speed with all the announcements. We’ll start off with all the 3DS announcements before getting into the Nintendo Switch news.

Hey! Pikmin was given a release date of July 28 for 3DS. A new Pikmin amiibo figure will also be launching alongside the game.

Ever Oasis got a bit of new information on how you work with a water spirit named Esna to restore a dry oasis. The new title will be available on June 23, exclusively for Nintendo 3DS.

Monster Hunter Stories makes its way west this fall on Nintendo 3DS. It’s a more story-focused title in the series that comes with a brand new cartoony art style and turn-based battle system.

Miitopia, an RPG starring your very own Miis, comes west sometimes in 2017 . It’s basically a combination of a turn-based RPG with Tomodachi Life.

DLC was announced for Fire Emblem Echoes: Shadows of Valentia. Nintendo didn’t specify what the DLC might be, but said it can be bought individually, in packs, or through a Season Pass.

Team Kirby Clash Deluxe, a fighting minigame, is coming to 3DS as a standalone title via the Nintendo eShop today.

Kirby’s Blowout Blast is a brand new Kirby game focused on third-person fighting, where Kirby has to use his powers to shoot enemies. It comes to the eShop this summer. A new multiplayer Kirby action game is also currently in development for 3DS. No further details were shared, but it will be available this holiday season.

Bye-Bye Boxboy is available on Nintendo eShop today, and comes with amiibo functionality that will give you extra costumes in-game.

The Cloud, Corrin, and Bayonetta amiibo for Super Smash Bros. finally got a release date of July 21. Each amiibo will come in two different variations and some will only be available at select retailers, although Nintendo didn’t announce which ones.

Arms got a bunch of new information and footage detailing the different weaponry that you can equip on characters. Each arm that you equip has a special ability that activates when it’s charged up. They also announced a new character, Minmin the Ramen Bomber, and a 2 vs 2 mode. Arms launches on June 16 for Switch.

Ultra Street Fighter II: The Final Challengers releases on May 26 for Switch. You can play the game with touch screen controls in the handheld mode, or with controller in TV mode.

Minecraft is coming to the Switch, with everything you could get in the Wii U version, including the Super Mario pack. It launches on the eShop on May 11.

Project Mekuru is a new competitive multiplayer title coming to the Switch eShop this Summer. Players have to jump on panels to change their color, and gain a majority of the playing field.

Fate/ Extella, based on the popular anime series,  comes to the Switch on July 25.

Disgaea 5 Complete launches on May 23 for Nintendo Switch. A demo version of the game will be coming to the eShop soon.

A new Monopoly game is coming to the Switch this Fall, along with HD Rumble features.

Rayman Legends: Definitive Edition launches on the Switch in late 2017, along with a few new features for the system. 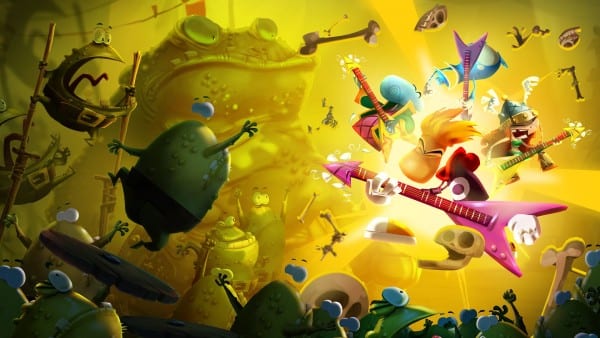 Sine Mora EX, the intense bullet hell game made by Grasshopper Manufacture, will arrive on Nintendo Switch this summer.

A new RPG called Battle Summoners: Nightwar was announced. Its based on the Battlechasers comic book series, and features a turn-based battle system. It’ll launch first on Nintendo Switch sometime this summer.

Namco Museum is a brand new digital title for Nintendo Switch that lets you play classic arcade titles like Pac-Man, Splatterhouse, and Tank Force. It arrives on the system this summer.

Nintendo is making limited quantities of the Switch Doc available on May 19. You can purchase it through participating retailers or through their official website.

The Direct finished off with a sizable look at Splatoon 2. A new co-op mode called Salmon Run was announced, pitting players against hordes of crazy-looking Salmon. Three new amiibo of the Inkling Girl, Inkling Boy, and Squid Inkling will be coming as well. Splatoon 2 launches on July 21 exclusively for the Nintendo Switch.

That’s everything announced during today’s Direct. Let us know what you thought of the presentation down in the comments, and make sure to stay tuned to Twinfinite for more Nintendo news.