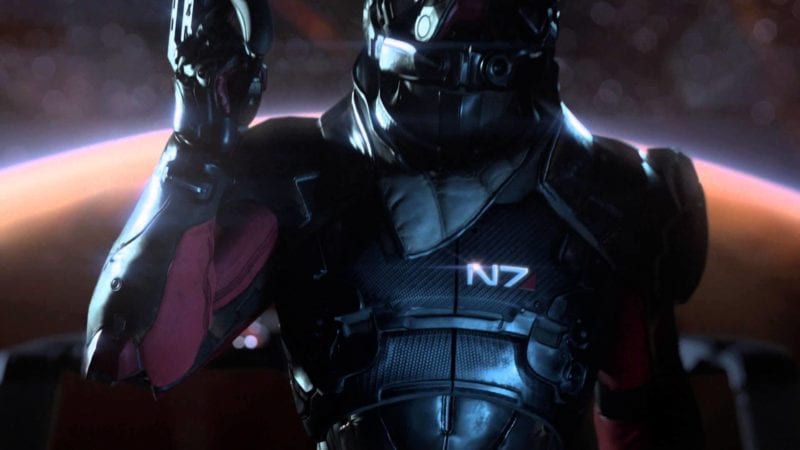 Mass Effect: Andromeda may take the series to an entirely new galaxy, but it’s still Mass Effect through and through. However, Andromeda ends up feeling most similar to the very first Mass Effect game, as it weaves in many more RPG aspects and puts a huge emphasis on exploration.

Just on a basic level, Andromeda shares some common ideas with the first Mass Effect, as it’s introducing you to a new universe and cast of characters. Yes there’s plenty of lore and history from the series that we already have established, but nevertheless Andromeda is basically the start of something new. Because of this, there’s plenty of concepts and organizations introduced to the player, fleshing out this new universe.

There’s also an air of mystery present in both games, and even their openings are similar. Both have you exploring a new location, and learning about some kind of dangerous event with seemingly deadly ramifications. In Mass Effect, this was the Geth and hints of the Reapers, and in Andromeda it’s the Scourge.

Commander Shepard was familiar after the first Mass Effect, and most players had a sense of who their character was when starting the second and third games. Andromeda sets you out on a new expedition, letting you learn what kind of person you want your Ryder to be along the way, and seeing them grow into an icon for humanity. This provides a sense of duality with the first Mass Effect, and clearly illustrates a new chapter, seeing Ryder learn just as Shepard did. Andromeda also does a good job of giving you varied party members of different races and personalities. Everyone has their own function and strengths within the team, contributing to the overall goal.

The bulk of what Andromeda and the first Mass Effect share comes in the way of gameplay. Mass Effect 2 and 3 weren’t necessarily linear games, but the near absolute freedom players enjoyed in the first game was stripped away in favor of tightening the focus and storytelling. Combat also advanced to become much more like a shooter, instead of an action-RPG. Andromeda reintroduces many of those RPG systems we saw in the first game, with an expansive skill list and tons of different weapons and armor for your team to equip.

Equipment was certainly streamlined in Mass Effect 2 and 3, but it feels like Andromeda gives you just as many options as the first game did, along with a list of stat boosts and special effects on each weapon. This is a far cry from the more sequential equipment upgrades of the others games, which provided minor changes to your abilities. Andromeda definitely has more equipment and skill systems in play than any other Mass Effect, but the very first game comes the closest to what we have today.

In terms of combat itself, Andromeda kind of meshes together elements from all games while adding on new ones. The cover system falls more in line with the original title, as Ryder will instantly take cover behind any object you come up to, instead of having to press a button. The speed and action focus of combat, however, definitely falls in line with the later games, wanting you to be aware of your surrounding at all times and use speed to your advantage.

Exploration is part and parcel for Andromeda – as it should be, considering you’re out trying to find a new home for humanity. In terms of tone and gameplay, this completely falls in line with the very first Mass Effect as well. The planet scanning of Mass Effect 2 does return, but once you make it to the surface Andromeda really evokes the very first game.

You’ll have various planets to explore, finding settlements, quests, enemy bases, and mysterious artifacts along the way. Exploring planets like Eos, really bring flashbacks of the hours spend wandering through the alien landscapes of the first Mass Effect. On top of this, you even have a Mako-like vehicle called the Nomad to help you get around, and it controls much better this time around.

This sense of discovery, of finding a larger universe out there, was essential to what the original Mass Effect was all about. Andromeda hopes to recapture that same feeling, and for the most part it does, with some wild and gorgeous alien planets to explore. It’s clear that the team wanted this to be a fresh start for the Mass Effect series, separate from anything that came before. Andromeda doesn’t have all the baggage that the second and third games do, with having to stop the reapers and basically save all existence. This means that there’s a more laid back tone, which isn’t to say there isn’t still an important goal to achieve. It’s just that you’re able to explore Andromeda’s massive galaxy at your leisure, poke around to discover lore and new areas. After all, you are the Pathfinder.

Mass Effect: Andromeda may be an amalgamation of elements from across the series, but it’s clearly appealing to some of the same feelings and tones that the very first game evoked. Just like the first Mass Effect, not everything works, of course. However, BioWare has built a strong foundation for them to improve upon moving forward. If we’re lucky, future Andromeda games will turn out to be just as memorable as Mass Effect 2 and 3 were.