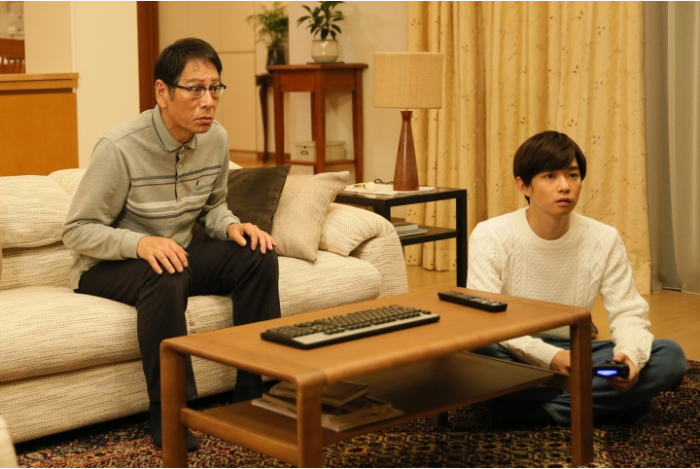 The Final Fantasy series is a powerful one. It takes gamers through a series of adventures that pulls at their heart strings, tests their wit and will and, at times, just downright breaks your heart. It’s also a game so powerful that it can forge a special bond between a father and son.

Tokyo Broadcasting System and Mainichi Broadcasting System have just announced a new live-action drama titled Final Fantasy XIV: Daddy of Light—Terrible name, we know. The original Japanese title, however, more closely translates to Final Fantasy XIV: The Father of Light. That translation is a more accurate title since a blog of the same name is what the series will be based on. Father of Light also does a great job of making sure nobody thinks the series will actually be about some sort of Final Fantasy-inspired pimp.

Either way, the series will be inspired by a blog launched back in 2014 that was written by a son who secretly teamed up with his father online in Final Fantasy XIV. The son, who will be played by Yudai Chiba, detailed the unique experience on his blog. After buying Final Fantasy XIV for his father, who will be played by Takeshi Kitano, he decided to join forces with his father in secrecy. While the two spent hours online playing together, the son never revealed his true identity. After more than 30 blog entries, the tales finally came to an end in early 2016 and eventually inspired a book. Now, the story will be retold again for television audiences. The show is expected to use both live-action scenes along with some gameplay segments to retell the touching story of a new bond that was formed via video games.

The new series will be yet another way the Final Fantasy series has become more and more entangled in the likes of mainstream entertainment. The popular mobile game Final Fantasy: Brave Exvius recently added pop sensation Ariana Grande to its list of playable characters and even included an orchestra rendition of her song “Touch It.” Now, for the first time ever, Final Fantasy will find itself serving as the foundation of an entire television series.

The series is set to begin airing in April on a Japanese network but any plans to broadcast the series in America have not been announced.