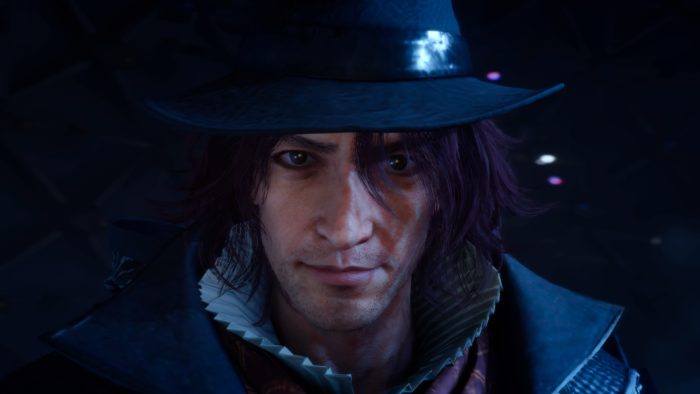 Warning: This article contains spoilers for the story of Final Fantasy XV up to chapter 13.

Final Fantasy XV’s story isn’t a masterclass in narrative and writing, but it isn’t terrible either. In fact, if you take the time to really understand the world’s lore and the gravitas of exactly what Noctis and his friends are trying to achieve in the game, the story can feel pretty powerful at certain points. It’s just a shame that the storytelling and delivery was so abysmal in the final game itself.

As you enter the game’s latter half, you’re rushed through a series of story beats without pause until you reach the hard-hitting finale. The major events and revelations thrown at the player often feel undercooked because the first half of the game barely contains any lead up to these big turning points. Scenes that are clearly designed for emotional impact tend to fall flat because they’re presented with little to no explanation and context, and there are even important events in the story that happen completely off-screen. By the time you hit chapter 13, you find out about the fates of major characters like the emperor and Ravus, but there’s no impact here either because they’re hardly even in the game. While the end of their story arcs do seem to come completely out of left field, there’s little sense in thinking too hard about their circumstances as you’re not sure how relevant they even are to the story at this point.

The plot of Final Fantasy XV feels wobbly throughout the entire game as it never takes the time to explain the finer details to players. It would appear that Square Enix has realized this as well, and that’s probably why they’ve announced that the game’s future updates will include new and fully voice acted cutscenes that help to flesh out the story and attempt to explain Ravus’ motivations. While it’s sweet that the developers are taking fan feedback into account and want to make the story more coherent for fans, I fear that this is a measure that will prove to be too little, too late.

First off, while Ravus was set up as a major antagonist in Kingsglaive, he appears in Final Fantasy XV for maybe a whole ten minutes before he’s never seen again. A few new cutscenes for a character that ultimately had little to no effect on the plot’s direction isn’t going to save the rest of the game from its wobbly storytelling. You’ll still have to refer to the fan-made Wikia to understand why Noctis was somehow the ‘chosen’ king, what the Crystal really is, and why the empire wanted the crystal in the first place. Oh, and where on earth did Cor disappear to after the first half? Isn’t he supposed to be ready to take back Lucis once Noctis gathered all of the Royal Arms? Why doesn’t the game take the time to convince players of all the romance and chemistry that Luna and Noctis have apparently had since their childhood? I suppose they got attracted to each other during their childhood conversations about saving the world and all that serious Oracle stuff. Speaking of Luna, why was she barely in the game too? Noctis and Stella probably had a longer conversation in that Versus XIII trailer than kid Noctis and Luna did in this game.

Anyway. A few scenes with Ravus won’t fix the poor storytelling. More than that, I can’t imagine the decision to patch in more story content would go over very well with day one purchasers who have already beaten the game, or at least progressed past chapter 13. Given that Final Fantasy XV doesn’t feature a ‘Chapter Select’ option of sorts, players would essentially need to replay the game in order to see the new content – quite the massive undertaking, considering the game’s length and its open world aspect. While a New Game Plus option would certainly help to alleviate some of these headaches, there’s still the matter of day one buyers having already experienced the entire story.

You can patch in as much story content as you like, but there’s no way to erase that first, initial impression players have already formed of the story. Plot exposition for the sake of covering up potential plot holes and messy delivery is something that should have been done before release (also, didn’t this game get delayed so we wouldn’t have to download a day one patch?), and there’s simply no sense in employing a half-measure here that won’t fix the story’s glaring problems.

Lastly, it’s easy to think that day one purchasers have essentially bought a pre-release version of the game. Patching in gameplay tweaks, challenges, and even side stories like they’re doing with Gladio, Ignis, and Prompto is one thing. However, adding new story content that should’ve been packed in with the game before official release is another. While Ravus’ motivations won’t suddenly turn Final Fantasy XV’s story into a narrative masterpiece, it is still critical plot information that should have been disseminated to players in the final product, and not as part of a patch.

Of course, the bright side to all of this is that game director Hajime Tabata has stated that these updates will be free. So at least you won’t have to do anything as asinine as paying even more money to see the game’s actual ending (oh hi, Final Fantasy XIII-2). Still, such practices do seem to be getting more and more common with modern games – first with Mass Effect 3, then The Witcher 3 from last year – and it continues to beg the question: should we even bother with buying games on release day anymore, or wait a few months till the initial kinks have been ironed out?

For now, if you’ve yet to purchase Final Fantasy XV, I’d advise holding off till the story patches are out. More exposition and fleshing out of the story is always a good thing, and these additions will likely enhance your first experience with the game. Unless, of course, these patches are really just awkwardly spliced in scenes like what they did with that Kingsglaive cut in chapter 3. If you have beaten the game, and aren’t interested in doing a full replay for the ‘complete experience,’ well, there’s always YouTube.