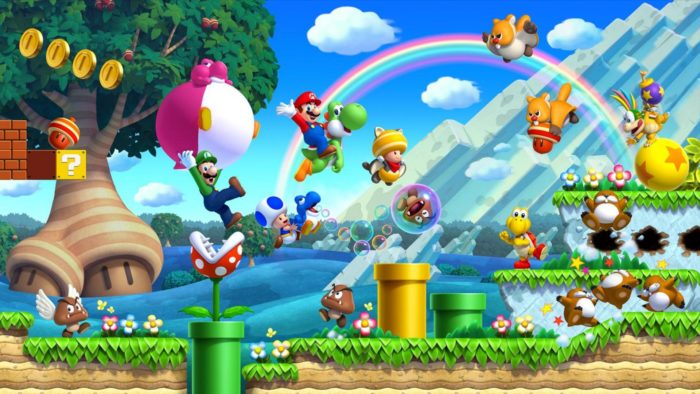 The Wii U hasn’t exactly taken off as many of us hoped it would. I’m a huge fan of Nintendo and wanted the console to sell millions of units and make Nintendo the name it was in the years before the Wii. Spoiler alert: it didn’t. Reports flooded in this week that Nintendo is ceasing production of the Wii U, looking forward to the future, as the company gets ready to introduce the world to the Nintendo Switch.

There is no denying that the Wii U failed, but even though it’s on its way out, there are still plenty of great games to play on the system. Nintendo didn’t receive a huge amount of third-party support when it launched the console, and the number of partners only shrunk. But Nintendo really upped its game and created a slew of exclusives that proved that the company still knows how to make great games.

Things started off a bit slow, but quickly heated up with the releases of The Legend of Zelda: The Wind Waker HD in 2013. Sure, it wasn’t a new entry in the series but it was still an HD Zelda, and we would take what we could get. But things started to look up when Super Mario 3D World hit in late 2013.

It wasn’t the fully 3D follow-up to Galaxy that we were all hoping for, but once I got my hands on it, I was convinced Wii U would do just fine in terms of games. 3D World offered up gorgeous platforming, pitch-perfect mechanics, and addictive couch co-op. Running across the emerald green plains in a cat costume while Mario stared forward with a blank expression was incredibly fun and ridiculous. But that wasn’t the peak.

That happened in three places, the first of which hit in May of 2014 when Mario Kart drifted onto the Wii U. The courses and characters had never looked better, the racing had never felt better balanced, and new additions like Zero-G and hang gliders switched things up while still keeping things similar enough that anyone who had played Mario Kart before could pick up a controller and start drifting. I have countless memories of bursting through the waterfall in Dolphin Shoals. As soon as you leave the water the music crescendos, adding trumpets and gaining more life as the sun beams down on the soaked course.

Once again, some of my fondest memories involve sitting down on the couch with my friends and just racing against each other for hours, cursing whenever a blue shell hit us from behind, and cheering when our kart inched over the finish line first. And this trend would continue with the Wii U’s next big title.

It was a long time coming but in November 2014, Super Smash Bros. for Wii U took over my house. My roommates and I spent hundreds of hours tightly gripping GameCube controllers, learning the new characters, and trying out the new modes, despite some not exactly panning out. The Wii U has never been as powerful as the Xbox One or PS4, but it made up for this with colorful, simplistic graphics. And Smash Bros. took full advantage of this. Everything moved so smoothly across the screen as waves of nostalgia washed over me. Nintendo’s flagship fighting franchise always causes a stir in the gaming community whenever a new entry is on the way, and although it may not have moved many units, it still showed that quality titles were coming out on the Wii U and Nintendo’s small console was the only place to play it the way it was meant to be played.

The final title in the trifecta of greatness was Splatoon. I wasn’t convinced after the first trailer but this changed the more I saw of the game. Nintendo has never attempted a truly competitive shooter, so skepticism was justified. But once I got my hands on the game and started swimming through ink, painting the map, and gunning down enemy inklings as they exploded in a spray of ink, I knew. The game had an incredible amount of character and ingenuity and variety. Even the brief single player campaign was a joy to hop through. As Nintendo’s first truly new IP in years, it proved that the Big N still had plenty of ideas in reserve.

Nintendo cranked out a couple of exclusives a year, covering a multitude of genres. They almost single-handedly created an expansive and critically acclaimed library of games. Almost every Nintendo published title that came to the system was a display of pure, mechanical gameplay. Everything was incredibly polished and fun to delve into.

Of course, Nintendo did have a little bit of help from outside developers, partnering with the likes of ATLUS and Monlith to release Tokyo Mirage Sessions and Xenoblade Chronicles X, respectively. Both of these JRPGs offered up very different gameplay, and gave players a bit of flair and style that differed from Nintendo’s own whacky brand.

That same weird style is exactly why their games are so fun and addicting. They consistently tackle genres that other AAA publishers don’t touch and show me why I fell in love with their games as a kid.

The Wii U’s library will likely be left in the dust as the Switch takes center stage, but (despite not selling insanely well), the games on offer are still among the best released in the past five years.