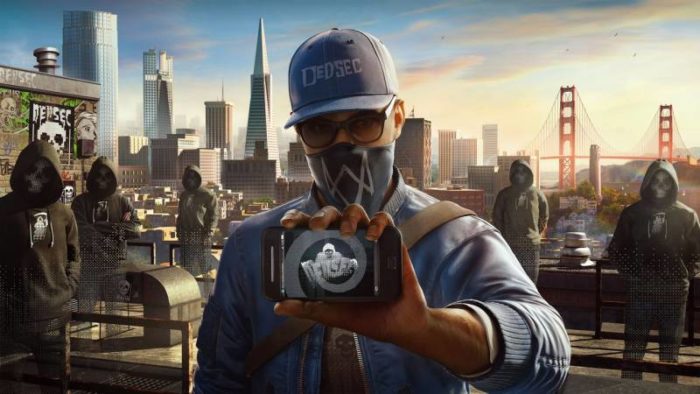 Just like a good summer blockbuster, we love to be engrossed in an action fantasy, and for over 20 years, guns and killing have been at the core of the majority of AAA game releases.

For many games, killing makes complete sense. A game about war, like Battlefield 1, is sure as hell going to include grand battles with abundant bloodshed. It makes sense to the story, for the characters, and in this case, serves the history of a war that actually happened. But other times, guns and violence feel like part of a game not because they best serve the characters or stories, but more because it’s a tried and true formula that can be counted on to be enjoyed by players. If you have an adventure game with a cool story, you might as well throw in guns and a sea of faceless enemies to fill in the gaps.

But this tendency to lean on NPC shootouts where it doesn’t always make sense can lead to a real breaking of immersion in some of the greatest games in recent history: namely the likes of the Uncharted franchise, Sleeping Dogs, Red Dead Redemption, and Far Cry 4, to name a few. To play these games in the way the developers would intend, you inherently have to suspend disbelief that the hero of the story is simultaneously a mass murderer: whether they’re a charismatic charmer, an undercover cop, a former bandit wanting to change his ways, or just a dude in a foreign country to bury his mother’s ashes. These are characters presented as generally good people that the story calls on you to care about, but if you treat the gameplay as equal with the cutscenes, that’s kind of a tall order.

To combat this, we generally separate the two parts of the game in our mind. There’s the story half of the game, which is usually a series of cutscenes that amount to an ending, and there’s the gameplay, which is all the shooting and action that happens before the next cutscene happens. We separate the two independently so that we needn’t see the cracks of inconsistency. This works, but it’s not the ideal way to consume these games if it could be helped.

This is why Ubisoft has pulled off something truly impressive in Watch Dogs 2. Marcus Holloway, in any other circumstances, would absolutely fall under the list above. He’s a charismatic hacktivist with a gang of friends looking to change things in the Bay Area. At the onset, it seems as if what follows is yet another chance to pick up an assault rifle and forget these character traits.

But, even though the game gives you those lethal options, Watch Dogs 2 feels like it wants you to play it without dropping bodies. The first weapon they give you is a stun gun, and it’s also front-and-center in the game’s weapon selection. You can also upgrade it to be more effective against tougher enemies you’ll encounter down the line. The first throwable tool you unlock is a stun grenade. Neither of the game’s two drones that proliferated its marketing can kill unless you unlock a later upgrade that allows them to drop the IED’s you already own.

So much of the game is about stealth, distraction, heisting corporations, and generally feeling like a badass who doesn’t need to enter a building to get what he needs. The big takeaway, though, is not that Watch Dogs 2 is an excellent stealth game (which it is). Marcus’ character throughout actually aligns with this prominent gameplay route. You never have to suspend your disbelief and accept a confusingly mass-murdering protagonist. And the best part is that you can feel how much Ubisoft knows this, and often nudges the player to go in without so much violence. Marcus can be killed with only a few shots, and there are no upgrades that can change that. No matter how much marketing would suggest the game can be played as maniacally as something like Grand Theft Auto, the upgrades along the way suggest a more pacifist slant.

As storytelling and gameplay mechanics evolve, we may see less dissonance between character and story moving forward. Grand Theft Auto V recognizes the issue, and makes an admirable attempt at creating characters that are such horrible, caricatured people that they’re barely human, and easily fit into the unbridled violence and chaos of that world. Uncharted is also a world full of violence, but its main character doesn’t match up to his own acts outside of cutscenes.

Ubisoft did a hard thing creating a sandbox world that rivals Grand Theft Auto that doesn’t need to fall back on relentless slaughter and explosions to be fun. Instead, they designed a very different gameplay loop that better represents the lighthearted nature of its characters and story. And detached from all that, it’s a ton of fun. So much so that I still don’t know what Watch Dogs 2’s guns or IED’s look like.