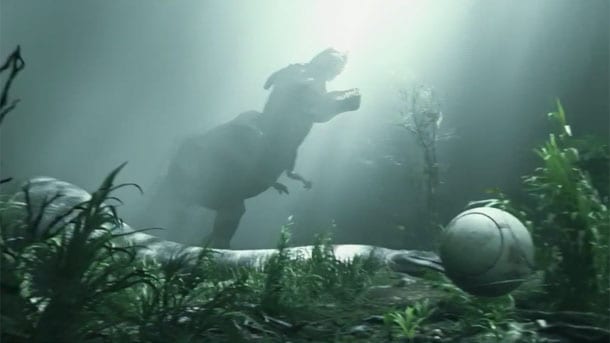 Leading up to the release of the PS4 Pro, Sony mentioned that the super-charged system would also provide a better experience when using the recently released PlayStation VR (PSVR) headset. Unfortunately, not much else was said about how it would improve the experience and due to the resolution limitations of the PSVR hardware itself, there were a limited amount of ways in which the additional power of the PS4 Pro could be utilized.

Having spent a good chunk of time with the PSVR and its host of launch titles and more recent releases such as Robinson: The Journey, one of the most obvious flaws of the otherwise excellent entry-level virtual reality headset was the sometimes blurry visuals that plagued distant environments or items. Load times, while sometimes being a bit on the lengthy side were never painfully long, and otherwise the titles played just as I expected them to. There was no framerate drops or any other substantial technical issues, if only things could look that little bit crisper.

That seems to have been what Sony was getting at when flaunting the improved PSVR experience when plugged into the PS4 Pro. It is worth noting, however, that you’re not necessarily going to see improvements in all of your VR games thanks to the Pro.

Just like standard games, PSVR titles wanting to take advantage of the additional horsepower of the Pro will need to patch in the ability to do so. That means that while you’re probably eager to get an even gorier look at the Kitchen demo, it’s not going to look any different to how it did on your standard PS4. Though this is disappointing, those titles that have taken advantage of the Pro’s release see noticeable improvements.

When playing Robinson: The Journey on the original PS4, I was in love with the exciting environments that surrounded me, but was ultimately pulled out of the immersive experience because things could have looked that little bit clearer. Though there has been no solid confirmation on what improvements the Pro brings to Robinson, the game certainly looked more detailed when I strapped my headset on. Blurry textures are now that little bit sharper, and the whole experience felt that little bit smoother. A particularly handy improvement considering the nauseating effect Robinson can have on the player. The improvements were great enough for me to notice them as soon as I dropped back into the world, but they don’t bring the quality of the experience anywhere near close to the Oculus Rift or HTC Vive.

Moving onto another title, I gave Thumper a try with its vivid, bright colors, excellent particle effects, and fast-paced action. Here, the differences were more slight. It had already been reported that the Pro would allow for an improved rendering quality while maintaining the same 90 FPS as the regular PS4. Going from my old PS4 to the Pro, I noticed a far smoother experience and one that was just more pleasant to play. Just as Drool Co-Founder Marc Flury mentioned in his AMA on Reddit, “It’s still the same game, just an upgraded presentation.”

When I tried other titles that have not been optimized for PS4 Pro, as you’d expect, there was little to no difference. Unfortunately, EVE: Valkyrie’s detailed ships and stretches of space looked no better than they did on my standard system. It’s disappointing that not all developers have gotten on board the PS4 Pro train just yet, especially when experiencing the difference first-hand. Hopefully, developers for future VR titles will realize the potential available with the Pro and make good use of it.

All in all, the PS4 Pro’s impact on the quality of your PSVR experiences largely comes down to just how the developers choose to utilize the additional power; as is the case with standard PS4 titles. In the games I tried out, PSVR benefits in slight, but welcome ways. With the system having only just released, there’s plenty of time for developers to truly get to grips with the additional power and utilize it in upcoming traditional and VR experiences. For now, this is a promising sign of things to come.