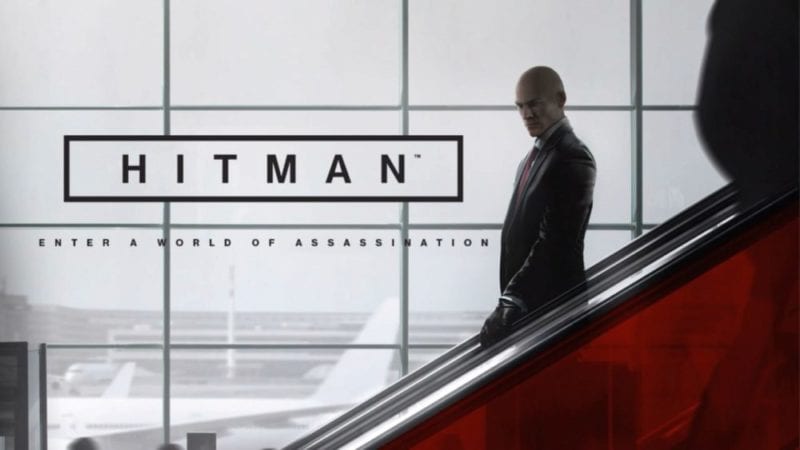 The latest Hitman game is treading the triple-A road less taken, fragmenting its typically solo narrative into a series of episodic releases. With its seventh and final chapter launching October 31, the game experience has now stretched over the course of seven months. It’s a process that leaves players waiting, and some days, they’ll have nothing to do but turn back to previous chapters. After talking to Hitman lead writer Michael Vogt, that seems to be just what developer IO Interactive wants.

“What we set out to do was reimagine Hitman as this contemporary spy formula,” Vogt told Twinfinite, “and we wanted to set it in a universe with characters that you actually care about, and set it with a more mature and intelligent tone.” Accomplishing this for a series focused on killing through a list of targets, though, meant tapping into the power of replay.

Hitman’s release history is a bloody game of Red Light/Green Light. Content comes in waves of weekly missions and targets, with full episode additions arriving almost monthly. Most importantly, according to Vogt, each dose of content comes with a purposeful pause.

“Going the episodic route, we kind of forced the players to explore these locations a bit more than if we gave them the whole package up front, because there’s nowhere to progress. I think players have actually realized how deep the game is because it’s episodic,” said Vogt. “You play a mission and you complete it once, then maybe you’ve uncovered 5% of content in that mission. You need to play it like 10 or 20 times, and then you get a sense of what’s actually going on – to experience all the cool ways of killing your target, to get all the sub plots, and all the back stories and the connections to the story.”

“Replay is fun, but in Hitman, replay is necessary.”

The Hitman drip-feed stretches its character and plot developments across months, forcing everyone out of the comfort zone that is an instantaneous, full release. Players won’t have binge-worthy access to the story – it will take over half a year to encounter the entire game – and IO Interactive expends a lot of effort hoping their audience doesn’t get bored in that time.

“We all have this in-built forward motion thing,” says Vogt, “where we’re used to games where we always progress and you beat a task and you go onto the next one. But that doesn’t really work with Hitman.” Vogt wants players to “feel what it’s like to be Agent 47,” weaving slowly acquired moments together to create the subtle, evolving world they’ve aimed for. The story, he says, is a background presence.

“That’s why all our episodes are so crazy. There is so much stuff you can do,” chimed in Sven Liebold, global brand PR manager at IO Interactive. The team never wanted the passive lifespan characteristic of other episodic titles. “We wanted to have a steady monthly rhythm, but then again, we have free content that’s out there every week – the Elusive Targets and contracts. So it’s a pretty impressive package when you think about it.”

These Elusive Targets appear roughly every two weeks as live contracts, giving players a few days and only one chance to down their given mark. They’re “merciless,” as Vogt describes; Liebold likens their unforgiving nature to “the pure form of assassin gameplay.”

For all its unconventional choices, from these one-shot missions to episodes meant to be played over and over, Vogt says the team “really just kind of launched it under the radar, and we didn’t really tell people what it was about or what to expect.” It went pretty much to plan, he thinks, with players emerging from the prologue intrigued, and only piecing together clarity towards the end of Season 1. The penultimate episode, released in September, began tying together various elements with more unified gameplay in the “traditional sense, like normal games.”

“With the final episode coming up, it just blows the story wide open,” says Vogt. “The way we see it was, Season 1 is like act one in a film, right? It’s an introduction phase, really. We’re introducing all the characters, and a mystery and dilemma and conflict, but the story itself is only just beginning.”

The final episode of Hitman Season 1, Hokkaido, releases October 31 on PlayStation 4, Xbox One, and PC. A physical version of the game, including all of the digital content so far, is set to launch January 2017.