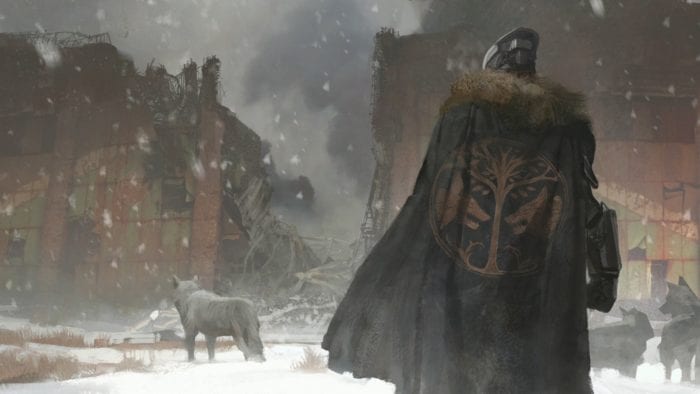 Destiny is a game that has gone through some serious ups and downs in its nearly two-year existence. Spanning across both last and current generation consoles, there have been numerous updates and three large expansions. Yet, Destiny is very much a game that lost a lot of the masses it drew upon during its first year of release, thanks to a broken loot system and highly repetitive content. Now that’s not to say Destiny doesn’t have a hardcore dedicated fanbase, as I myself have invested hundreds of hours into this game. However, the upcoming current gen only expansion, Rise of Iron, could certainly bring crowds clamoring back.

One of the biggest reasons for Rise of Iron’s return is certainly the change in both tone and story for Destiny. The last expansion, The Taken King, was a world-spanning event that closely tied with the other expansions that had already been released. While you didn’t need to know all of the lore from Crota’s raid, it certainly helped fill in all the gaps, characters, and even bosses such as the Fanatic of Crota found on the massive Dreadnought. In contrast, Rise of Iron feels like a far more isolated story that doesn’t seem to require players to have prior knowledge of the game’s past events. This can make the expansion far more accessible to returning players and won’t weigh them down with tons of backstory they are required to know.

Isolating the story around the Iron Lords is also an interesting concept as it gives Destiny a new tone and structure for its narrative. Sure, the threat of mechanically infected Fallen still exists, but this expansion is clearly about becoming a legend, which has been a catchphrase for this series. Changing tones from a generic space opera to something more mystical and hidden could easily catch players’ eyes looking to return to the Destiny universe. The fight with Oryx was great, but The Taken King just didn’t feel new or different, especially in the locations and missions. The snow blasted ruins of Old Russia are a very big change of pace from bleak, empty hallways that make up so many of Destiny’s strikes and missions.

However, we also have to consider all of the updates and changes made since The Taken King as a reason to draw back old players. The April update brought some big balances and changes that the game desperately needed, such as the infusion system for your weapons and armor. While this stuff all released prior to Rise of Iron, players who’ve left the series will certainly not know about every big update that has come down the pipeline. It’s incredibly easy to believe that Rise of Iron can be seen as a rallying point for returning users and a way to market all of the new updated content they have missed since The Taken King.

Multiplayer has also been receiving multiple balances and changes, with new levels and a game mode making their Destiny debut later this month. Despite some hiccups with balancing the various exotics and abilities, Destiny’s multiplayer is in probably one of the best states since launch. Combat is still fast paced and chaotic, which is only enhanced by the now massive arsenal and exotics. Plus the introduction of private matches, a long requested feature, will draw a more competitive crowd to the Crucible. This is especially true since MLG has picked Destiny up for a tournament and the game has a possibility to expand out from there.

Players will also have old staple modes like Trials of Osiris and Iron Banner to enjoy and put their skills to the test. These monthly events have always been a big driving point for the hardcore fanbase, but their return could also help give the returning Destiny crowd more sustainability. Holiday focused events like Crimson Doubles, can keep this game going for awhile and help to bolster the new content coming into Destiny via Rise of Iron. This is also Bungie’s first expansion in nearly a year, which means that they have clearly put a lot of effort into delivering as much content as possible. Considering it’s only for next-gen consoles, this can allow Destiny some more breathing room and not be constrained by previous hardware restrictions.

Finally, we have to consider the new enemies, loot, missions, and in all probability mechanics that will make their way into Rise of Iron. The King’s Fall raid in The Taken King was a big community event that saw both big streamers and other professional Destiny players drawing thousands to watch who would finish the raid first. This sort of event can easily catch the eye of old players who are looking to return, as it shows the massive camaraderie that has formed over Destiny’s two-year existence. Add on the brand new artifacts and it’s clear that Rise of Iron can offer a lot to those just joining.

Even though Destiny has had some seriously relaxed periods of activity, Rise of Iron is the shot of adrenaline that this series has desperately needed. The addition of content plus all of the previous updates is setting this expansion up to be the best yet. Plus, Bungie has had almost two years to iron out all the wrinkles in Destiny’s mechanics. If you are looking to return to the world of Destiny, this might be the best time to put your helmet back on, Guardian.