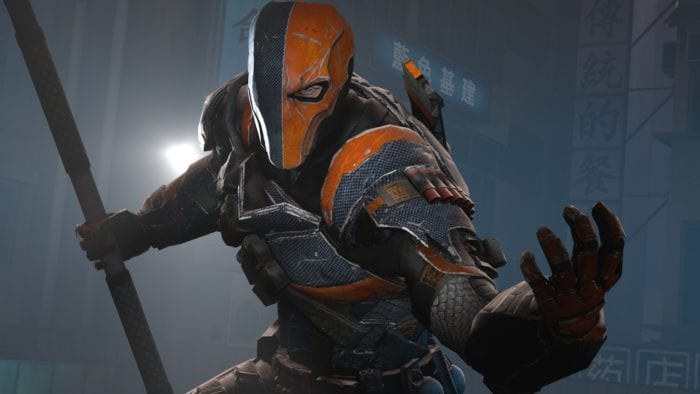 Today, actor and Batman enthusiasts Ben Affleck took to Twitter and just made any fan of DC head explode. In the short 27 second video, we can see the famous mercenary and assassin make his way towards the camera in full armor. It’s important to note that this is not a scene from the CW series Arrow (which has prominently featured the character) and looks to be a new version of the character we have yet to see.

Recently, a rumor has been circulating around that Deathstroke would be featured in the upcoming sequel to the highly successful Suicide Squad. However, given that this movie is nowhere close to being in production, this makes the mysterious post even more interesting. It’s possible that this is simply just a screen test for the armor to see how it looks in motion or if an actor can be comfortable while wearing it. There’s also the chances that this is for Affleck’s solo Batman movie or even a post-credit scene at the end of the new Justice League movie set to release in 2017.

Given how hush DC can be with regards to their films, we may not have a direct answer for some time. However, it’s fully possible that during the 8-hour DC live streaming event on September 2nd we may learn more about this character’s involvement and which movie he will actually be put into. Sadly, all we can do now is manage our Deathstroke hype and speculate beyond reason.