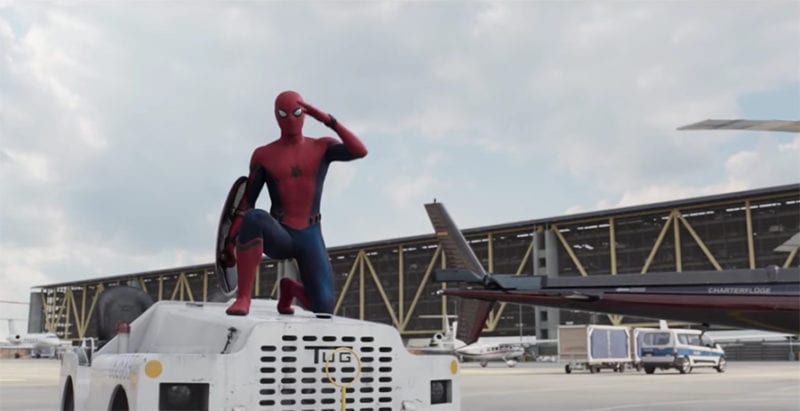 Spider-Man: Homecoming comes out in a year, but it had a brief showing at San Diego Comic-Con tonight. During the Marvel Studios’ panel, the wallcrawler himself Tom Holland stepped out on stage, followed by his co-stars Jacob Batalan, Laura Harrier, Tony Revolori, and Zendaya.

The cast couldn’t stay for long because they were still shooting the movie, but they did show off some new footage and announce the film’s villain, the Vulture. The two of them will be facing off in the film when it releases next year. Vulture’s actor hasn’t been revealed yet, but this concept art gives an idea of what to expect from their battles. If you can imagine the Falcon, but with way bigger wings, you aren’t too far off from what our baddie will look like for the film.