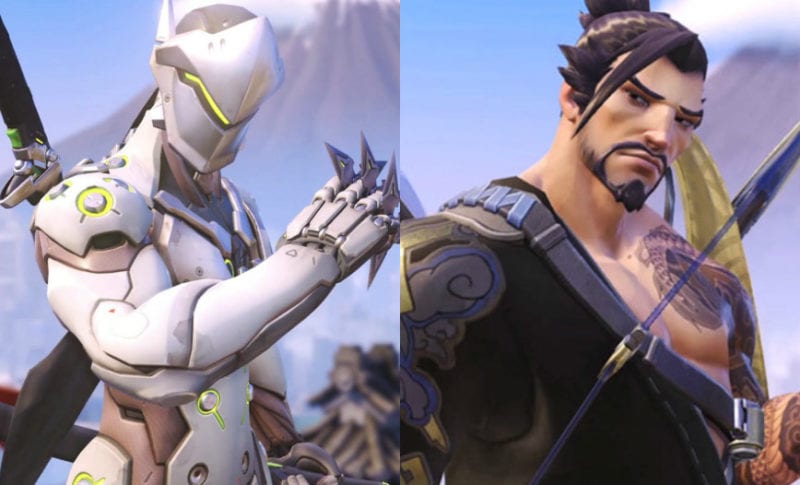 Genji and Hanzo obviously have beef. If you haven’t heard it in their in-game dialogue, you might have picked up on it during this week’s Shimada Showdown Weekly Brawl. So why can’t these brothers get along?

Well for starters, Genji and Hanzo were both sons of the Shimada family, a centuries-old criminal organization that dealt in a lot of drugs, arms, and assassination. As the leader’s eldest son, Hanzo was to take over the Shimada clan following his father’s death. After his father’s passing, however, the elders first tasked Hanzo with preparing Genji to lead alongside him.

Little brother Genji is sort of a playboy, though. When he refuses to give up his carefree lifestyle for the family business, he and Hanzo break into a fight that ends in Genji’s apparent death. Distraught over and ashamed by his fratricide, Hanzo turns away from the Shamida family.

Hanzo later learned that Genji survived their battle by a thread, and was revived into a cybernetic robot by Overwatch and Dr. Angela Ziegler (Mercy). Enraged by both his family’s betrayal and his new robot body, Genji aims to overthrow the Shamida family, exactly what Overwatch was hoping he would do.

Genji eventually leaves Overwatch after he thinks the Shimada clan is destroyed, even though they actually survived. His grudges behind him, he turns to accepting his half human, half robot form. Under the tutelage of Zenyatta, Genji finally finds inner peace. Inner peace he uses to chop enemies to bits.

Hanzo, meanwhile, spends his next ten years searching for redemption through travels and warrior combat. “With every death comes honor,” he says. “With honor, redemption.”

Tl;dr – Hanzo tried to murder his brother, Genji turned into a cyborg, they both hate their crime family, but brother murder is kind of hard to get over.