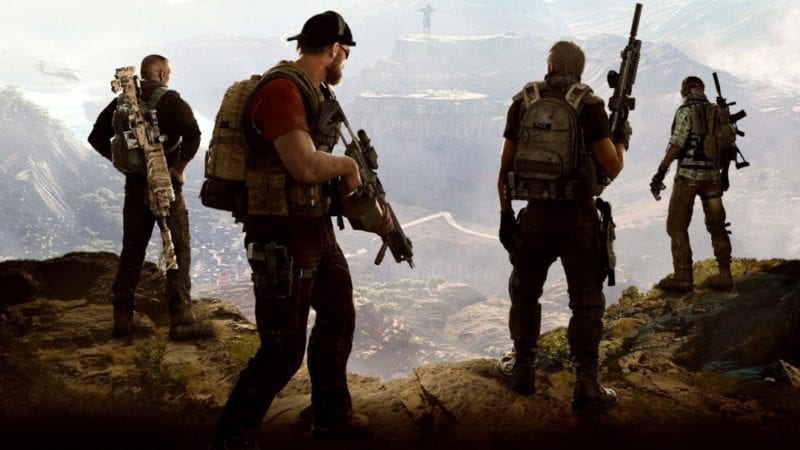 Ghost Recon Wildlands is the next Tom Clancy game that Ubisoft is attempting to tackle. Similar to this year’s The Division, Wildlands is a third-person shooter that requires you to play co-op missions with friends in order to have fun. Because who would ever want to attempt to beat a game’s main campaign on their own?

In the playable demo, I was grouped up with three other players as we explored a small section of the wildlands, completing missions and killing bad guys. Right from the get-go, we were split into twos and had to approach an enemy base camp from different angles. Our team leader instructed us to scout out the area and mark enemies with out drones, and then we took out our sniper rifles – suppressed, of course – to take aim at our targets. I’d be lying if I said it wasn’t a pretty cool feeling. Under the leader’s direction, we acted as a squad, took down our targets, and then closed in on the camp from both sides before finally meeting up in the middle. I felt like I was in a badass squad.

Our mission was to interrogate a target, and use his info to track down another enemy base camp. One person had to drive the rest of us to the next camp in a jeep, while we got our guns out and kept a lookout for any enemies on the way. We finally tracked down our target at a gas station, and I got to interrogate him while my teammates covered me. The interrogation process was just a button-pressing process, and you have to wait for the entire conversation to transpire completely before it’s counted that you’ve successfully interrogated him. You can also stop the process midway if enemies start walking in on you.

Next, we had to hack a computer in a different base. This one was pretty far away so we decided to take a chopper. I’d like to take a moment to say that while we were in the chopper, I got a good look at the wildlands. The textures definitely look super muddy from a good distance away, though I’ll chalk that up to Ghost Recon Wildlands still being in the middle of development. Before we reached the base, all teammates had to jump off the chopper, release their parachutes, and rendezvous at a meeting point nearby. After that, the team split up in two again as we tried to scout out the base and infiltrate it from different points. One pair took up a sniping position at a tower, and my pair was tasked with getting into the base.

This infiltration didn’t really go well at all. Our team got spotted within seconds of entering the base, and things quickly turned into a bloodbath. Our infiltrating team got downed pretty soon, and the recon pair had to step in. If you die in the game, you’ll have to wait for your teammates to revive you. In the demo, you could get up automatically after a 60-second timer. According to a Ubisoft representative, this feature won’t be in the final product. We did eventually get to the computer we needed to hack, albeit very messily. We got what we needed, and then got on a jeep to leave the area just as enemies started shooting mortar rounds as well.

One of our teammates was on the back of the jeep so when a mortar round hit the ground near our jeep, the splash damage killed him and he needed to be revived. This is where the glitches started. Not only could he not be revived while his body lay on the back of the jeep, after a rep coded him back to life, his body started clipping into the geometry. Clearly, the game isn’t perfect yet and needs more polishing.

Ghost Recon Wildlands is basically another online multiplayer co-op third-person shooter game that’s fun if you’re playing with friends. It also has a very large map, probably larger than The Division’s Manhattan. If you’ve been enjoying the co-op shooting in The Division, you’ll probably love this too.