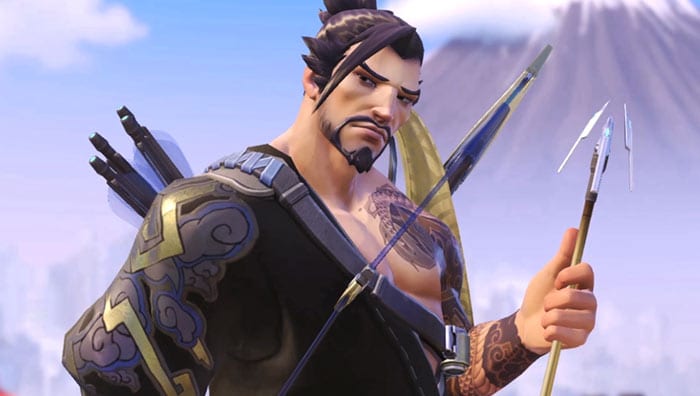 Ever wonder what Hanzo says when he activates his ultimate? For those who don’t understand Japanese, it might seem like a simple translation.

When Hanzo activates his ultimate, his battle cry can be heard across the battlefield, and enemies run and hide. He shouts, “Ryuuga wagateki wo kurau!” That’s the phonetic translation of 龍が我が敵を食らう (Kanji and Hiragana).

This is one of the trickier phrases to translate, due to its literal translation being clumsy.

When translated literally, he shouts, “Let the dragon eat my enemy!” Not wrong, but no one actually talks that way. Its strangely worded, and that often comes with translations when they’re taken at face-value. But the job of a good localization is taking those awkward phrases, and adding the appropriate language adjustments.

What he actually says is, “Let the dragon consume my foes!”

This restructured translation smoothly conveys the idea that Hanzo is about to unleash a badass dragon to consume his foes in an eloquent manner fitting for someone of his lineage.

Ultimate translations don’t stop there though! For those of you interested in the translation of Genji’s ultimate check here!

Fun Fact: Did you know Hanzo and Genji are brothers? Probably figured it out, but did you know that Hanzo is responsible for nearly killing Genji? Talk about family drama!