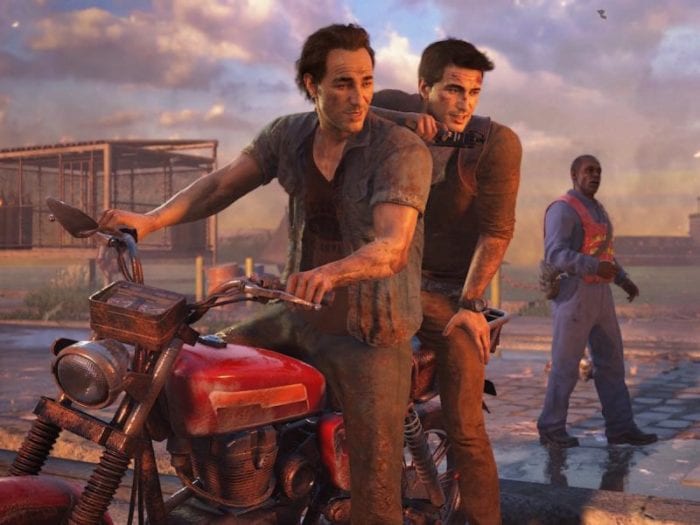 What’s dead may never die, as evident through the various remakes, such as Final Fantasy VII, Shenmue III coming back from the dead, and different movie franchises continuing long after they’ve been thought done. The Uncharted franchise has taken us to the ends of the earth, as we’ve taken on the role of Nathan Drake in breathtaking races against the clock to find some of the most hidden treasures known to man.

Given the massive success of the Uncharted series as an IP exclusive to Sony, selling 28 million copies worldwide before A Thief’s End’s release, there’s definitely the possibility of future installments in the franchise. It also helps that Sony owns the IP, meaning that they ultimately have the last call on if Drake retires or not. Here are five treasures Drake and company should race toward next.

Tapping into Arthurian Legend, the Holy Grail is whatever it needs to be. Whether a dish, a simple plate, or an ornate goblet, the treasure is supposed to grant a near perfect life to whomever uses it. Want to look 21 forever? Drink some Gatorade out of the Holy Grail. Hey, make those good ole’ days forever by eating that steak off of your local Holy Grail.

Because isn’t that what Nathan Drake is looking for? Isn’t he looking for perfection, a life filled with all the treasures in the world? He’s a treasure hunter, so why isn’t he tempted to find a treasure that leads to the ultimate life? Uncharted has also shown to be heavily inspired by Indiana Jones. It was a major part of Indiana Jones and the Last Crusade, and it would be cool to see how Naughty Dog adapts one of the greatest treasure hunts in film history.

Emperor Tu Duc was the fourth emperor of the Nguyen Dynasty, and his rule lasted from 1847 to 1883. He was famous for having about 104 wives, and his actual tomb is unknown, as the one planted smack dab in the middle of Vietnam is simply an empty lump of granite. Rumor has it the emperor ordered all his servants, after they carried off and hid all of his gold, to kill themselves as to not reveal the location of the treasure.

That’s a pretty dark setup. Drake hunting for a treasure that used to belong to a guy with hundreds of wives and concubines, would make for a much darker, possibly more adult tale. There’s no way Sully and Nate could go after some dead guy’s treasure without making jokes about his long-gone sex life. But it also sounds like a treasure that would be so impossible to find, that it may not be worth it. What if they just took all the gold and it doesn’t exist? Why is Drake trying to hunt down another lost treasure trove? Providing more questions as to why Drake can’t just get a real job has worked well, and would allow for some cool series moments.

Way back in the early 2000s, Naughty Dog released the first entry in the Jak and Daxter series, titled “Jak & Daxter: The Precursor’s Legacy.” Players would assume the command of Jak, a humanoid whatever, and Daxter, a ferret/muse for some people. Players were awarded with Precursor Orbs when they completed side quests, story missions, or just by finding them around the world.

Precursor’s Orbs have made appearances as optional treasures in the first three Uncharted games. Why not throw one in an Uncharted spin-off/sequel? Maybe in the beginning of the game, players have to find a mysterious treasure called “A Precursor’s Orb,” only to face a significant twist that sees players take on a treasure that is not as self-referential. Sprinkle in some good ole’ fashioned Uncharted jokes, about how this Orb seems to familiar, and voila, you probably have an adventure fit for DLC.

Robin Hood and Drake have a heck of a lot in common. Both come off as “prince of thieves types,” con artists who are more complex than their greedy, dictator counterparts. Neither are necessarily evil, and both have their own merry band of thieving comrades they surrounded themselves with throughout the years.

I love the idea of contrasting Drake with other people in history, and Drake hunting for stashed treasure in Sherwood Forrest would be a great contrast, as we examine the different, and maybe not so different, ways Drake and Hood lived their lives. Better yet, why not switch back and forth between the two to create some dramatic irony? Imagine the set up. Drake spent the last of his treasure he found during Among Thieves. He needs some cash for a wedding. What happens? Him and Sully catch wind of Robin Hood’s Sherwood Forrest that actually has some gold left, and we explore the mythology of 10th century England. You reach a moment in the story, as Drake and Sully find some journal entry related to Robin Hood. Then the game switches to Robin Hood, as you take on an adventure pertaining to the treasure Drake and company are hunting down.

For those who may not know, Amelia Earhart was a famed female pilot and author. She’s the author of many influential books about aviation, often thought to be a boy’s club back in the early 1900s. During an attempt to complete the first circumnavigational flight of the globe, she disappeared over the central Pacific Ocean. She was 37 when she disappeared, declared dead in absentia yet remaining an inspiration to many young women around the world.

Why’s this number one? I’d imagine if Earhart was a video game character, she’d be pretty similar to Drake, a fearless adventurer who isn’t afraid of the unknown and lives to defy the odds set forth against her. This would be a cool treasure to find, as its one of the biggest unsolved mysteries known to man. Where did she go? Was she actually alive? It would also provide an interesting opportunity to play with real world history – what if she found a hidden utopia, and lived out the rest of her life in her own special escape? Maybe it’s just the tip of an enormous iceberg that involves Purdue University, the university faculty she joined before she disappeared, or maybe she actually survived, and her plane was filled with treasure.

What do you think? Did we miss any cool treasures you want to hunt down? Let us know in the comments below!