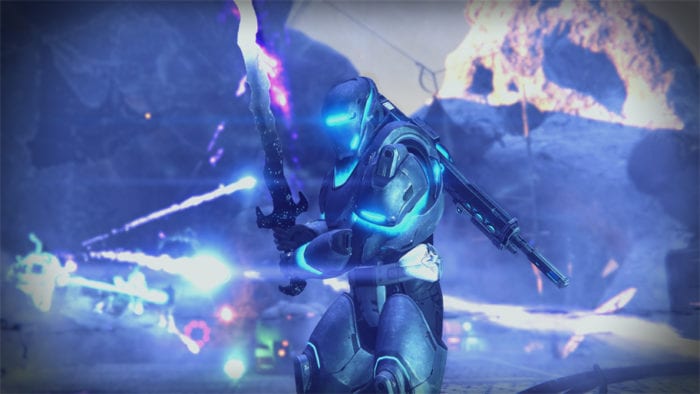 Destiny was and isn’t for everyone, but if you were the ones that stuck around long after launch, through season pass expansions and The Taken King, you likely have a soft spot for Bungie’s MMO-FPS hybrid. And, if you were like me, you were looking forward to the April Update as a potential reason to jump back in. On its own, the new content is not bad, but looking at the bigger picture, it doesn’t move the needle at all for fans, or for the franchise.

For starters though, let’s not be too hard on the April Update. It is one of the biggest free additions Bungie has plugged into Destiny since the game launched. It added an entire new strike (albeit with heavily reused assets) and another revamped one, a couple of missions and, most importantly, recycled Prison of Elders back into the current endgame rotation for more variety alongside a spruced up King’s Fall raid. It’s a fine update, it really is. The issue is that this April Update is symptomatic of a bigger problem – that problem being the shift in strategy since the launch of Eververse, Destiny’s micro-transaction store.

When Bungie announced that Destiny would be diving into the world of micro-transactions, the reaction was mixed. Some worried that it would turn into a money grab, while some saw it as an opportunity to enhance the game without needing to charge for season passes anymore. The outcome lies somewhere in the middle. While Destiny has hardly turned into some kind of pay-to-win nightmare, the dream of quality, regular, and free updates hasn’t come to fruition either.

There were many, including myself, that held out hope that Destiny was going to use the micro-transaction store to provide House of Wolves/The Dark Below style DLCs for free. Maybe not as large as those two, but something that at least added new and meaningful PvE content and shook up the endgame as both of those packs did. Up until the April Update, Destiny’s endgame has been stagnate since the addition of the King’s Fall challenge fights. Sure, timed events such as the Sparrow Racing League were fun diversions, but it’s not the kind of content that’s going to bring back and keep a hardcore fan for long.

The April Update added variety, but not anything that is really new. House of Wolves was solid, and the Prison of Elders was great fun for a while. It’s nice to see it worked back into the endgame rotation. But, at its core, even with the Challenge of the Elders gimmick, it’s still pretty much the same experience that fans already played out last year.

By average console game standards, Destiny has, and still is, on an amazing run of relevancy. However, by MMO standards, it’s on life support. Successful MMOs last as long as they do because they regularly add meaningful updates that dramatically change the endgame AND keep players around by throwing in version updates/patches to keep things fresh until the next major expansion.

Destiny tried to do something similar this year. The Taken King was an excellent start to Year Two, filling that “major expansion” role. However, it’s a major issue that half a year later, King’s Fall is still the prime PvE content. It’s not apples to apples, but let’s use Final Fantasy XIV as an example. Its expansion released in June 2015 and about a month later in July, it added the expansion’s first new raid. Four months later in November, a second new raid and other major changes were added. Then, two months ago in February, another new section to the first raid was added. All this also includes new dungeons (more or less strikes in Destiny), side quests, PvP additions and a lot more. FFXIV has its flaws for sure, but it certainly does a better job of adding new content than Destiny.

One could argue that it’s not fair to compare Destiny to a subscription based MMORPG, and that’s fair. However, Bungie seems to want Destiny to have that same longevity, but without putting in the content to make it happen.

The next logical assumption, though, is that Bungie has already moved on to Destiny 2, hence the lack of attention paid to Destiny 1. If that were true, their strategy would make a lot more sense. However, lets not forget that back in February, Bungie announced it was planning another major update, presumably bigger than the one we just got in April, based on their choice of language. If that’s the case, and Bungie wants people to actually care (or possibly even purchase) this expansion, they could be making a big mistake by not investing the resources now to add content that will bridge current players over.

If Destiny’s future pans out the way that it seems it is going to, then Bungie is taking a huge risk by betting on itself. They seem to be hoping to get by with minimal updates throughout 2016 until they are able to hit players with something big that hopefully will draw large numbers back like The Taken King did. There’s little doubt given how popular the franchise already is that a Destiny 2 would be able to do that. However, if Bungie is planning one last hurrah for Destiny 1, it better be mind blowing because as of right now, there’s little reason to stick around or come back if you’re burnt out.