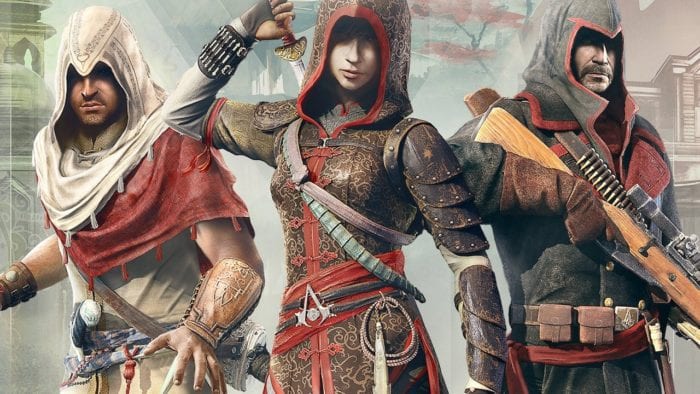 It’s been an interesting month for Ubisoft’s stab-a-palooza series. Last week, Assassin’s Creed saw rumors that the yearly installment for 2016 would be sidelined for next year, while the second chapter in their Chronicles side trilogy is out this week. This installment, set in India, tells the story of Arbaaz Mir as he attempts to recapture a Piece of Eden during a war between the East India Company and the Sikh Empire. What’s the most surprising about both these games is that they’re both set in decidedly Eastern parts of the world.

Since the release of Assassin’s Creed 2 in 2009, the series has been primarily relegated to Europe and the Americas, despite the original game taking place in the Middle East and 2011’s Brotherhood returning to wrap up Altair’s story. The other two Ezio games have been set in Italy, 3 took us through the American Revolution, 4 the Golden Age of Piracy in the Caribbean, and the more recent Unity and Syndicate took place in French Revolution Paris and Industrial London, respectively.

Aside from the concerns about annualized sequels, a common complaint among fans is that the series doesn’t really seem to embrace its global Assassin Order concept like one would expect. It’s hard to believe a centuries old war between secret societies only goes on in the Americas and Europe, after all. The world is a big place, and fans have been pining for cool, globe-trotting settings.

Assassin’s Creed’s gameplay is the main draw for this series at this point (even diehard lore fans have to admit the plot is largely spinning its wheels ever since 3), and one can only climb so many structures in North America and Europe before it all starts to blend together. Recent locations haven’t seemed to embrace the series’ full potential, and it’s especially baffling because Ubisoft has studios around the world, including China, Japan, and Abu Dhabi.

The staleness isn’t exactly getting help from the Assassin’s Creed Chronicles trilogy, either. As is the case with the PS Vita Liberation title and its black female protagonist Aveline de Grandpre, Chronicles’ settings of China and India and both their respective protagonists Shao Jun and Arbaaz feel like they’re mainly existing to pacify anyone with gripes instead of acting as genuine extensions of the series. We get to play Shao Jun for only a third of a game, even though she was personally trained by the series’ greatest Assassin.

Ubisoft is one of the most inclusive developers out there, and seem to make an active effort to change and improve. They definitely still care about the Assassin’s Creed universe, but the series lives and dies on its historical periods at this point. Whether that means hyping the Chronicles trilogy with the same force as the main games or just giving the Chronicles characters larger entries of their own, Ubisoft and players can benefit from seeing the war between the Assassins and Templars in new parts of the globe.

If the series is indeed going to Egypt, and we hope it is, the location shift may be a sign that the series is heading to other fascinating parts of the world to be explored.

Would you want to see Assassin’s Creed spice up its locations? Let us know in the comments below.