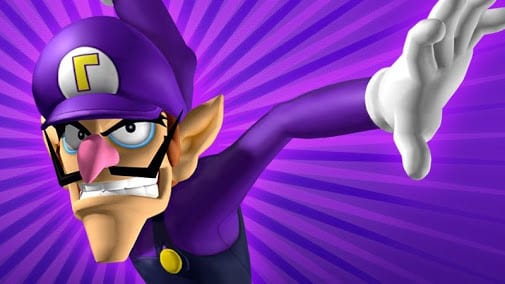 According to Nintendo Waluigi isn’t related to Wario.

He’s just some guy who randomly showed up one day that became friends with Wario. That makes it even better. Nobody knows where Waluigi came from. He just exists.

whats even better is that Waluigi’s first appearance was in Mario Tennis, meaning that the only reason he showed up in the first place was because he wanted to play tennis with people. nobody had ever heard of him before and he just shows up to play tennis

That’s why Waluigi is never in any of the main games. He only knows Wario and he only wants to play sports. He’s just some guy that met Wario at the tennis court and he hangs with Wario whenever Wario goes out to play sports, and otherwise he minds his own business.

Waluigi probably has his own circle of friends that we’ve never seen. There’s an entire world of Waluigi that we haven’t touched upon simply because he isn’t the adventuring type. Wario phones him up and says “Hey bro, I’m-a gonna go on an adventure to get-a some jewels from a pyramid. You wanna come with?” and Waluigi’s just like “Nah bro, I’m good. Me and my buds are gonna swing by the coffee shop and go to the library today. Hit me up if you wanna go go-karting though!”

God damn. The mild world of Waluigi.
***
According to Nintendo Wiki:

Waluigi has a hat and gloves with a “Γ” symbol, which is similar to Wario’s “W”, which is also an upside-down “M”. Unlike Luigi’s green hat and shirt, He has a purple shirt and hat with black overalls, while his Γ symbol is yellow. Along with his boomerang-like mustache, He is taller and skinnier than Luigi, intending to highly exaggerate Luigi’s physical characteristics, much in the same way that Wario exaggerates Mario’s physical characteristics. Artists have also considered to separate certain colors and pick which color looks mostly unalike or most apart from a color wheel. This seems to match Mario and Luigi considering the fact that colors red and green are considered the opposite just like he and Wario have outfits in the color of yellow and purple which are the opposite.