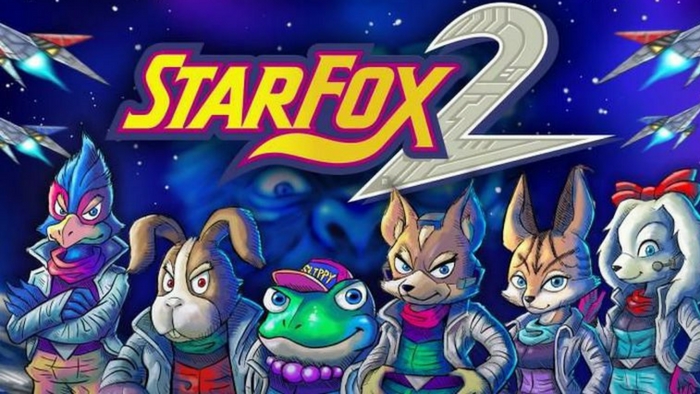 Nintendo announced the SNES Classic Edition this week to everybody’s surprise, post-E3, which was more surprising. The follow-up to the NES Classic Edition comes bearing 20 classic Super Nintendo titles, as well as one never-before-released game, Star Fox 2, which was cancelled 22 years ago and never saw the light of day. Nintendo is making Star Fox fans do some work before they try it out; in order to unlock Star Fox 2, players must complete the first level of the original Star Fox.

These 21 titles will all be pre-loaded onto the SNES classic edition once it launches in September. Pre-orders have already been going like hot cakes, so If you wanted to buy one, good luck. Nintendo has also mentioned the fact that they only plan on selling the SNES Classic Edition through the end of the year.

It’s been a while since we’ve played a lot of these titles, so we decided to hunt down some of the weirdest facts and trivia about all of the games on the miniature console. Small tidbits of information that you never knew about; facts that go under the radar and might not be as well-known as other facts. Lets go through all of the 21 Super Nintendo games and check out the secrets and hidden mysteries behind each and every one of them.

Why was Earthbound named Earthbound for western audiences? Why was Star Fox 2 cancelled back in the 90’s? And what’s up with the confusing titles that are Final Fantasy III and Final Fantasy VI? These are the hard-hitting questions that we will be uncovering in this list. The SNES Classic Edition is coming out in 3 months, so you best prepare yourself with all of this knowledge, so that you’re ready to play each and every game on the miniature console come this September.

Enjoy our list of things you didn’t know about the SNES Classic’s games!

The box art for the game in Japan featured a redrawn picture of the famous actor, Arnold Schwarzenegger, in his pose from the movie 'Raw Deal' which came out in 1986, six years prior to the release of Alien Wars. We're sure there was a reason why the box art was changed for other territories.

During development, Rare presented a playable version of the game to Nintendo, who then thought that the game was insanely difficult. Rare then made sure that the first stages were easier but made the later stages increase in difficulty as the player learned how to fully control Donkey and Diddy.

Earthbound is technically called Mother 2, as it was a sequel to a game that only came out in Japan. To appeal to a western audience, the name was changed to Earthbound to avoid any confusion as to what it was a sequel to. The game's sequel, Mother 3, was also never released outside of Japan.

This game has a bit of confusion attached to the naming of it. Final Fantasy III here in the States is actually Final Fantasy VI. The first time that the "real' Final Fantasy III was seen in the U.S. was when the remake came to the DS in 2006, 16 years after the release in Japan. Hope that makes sense.

F-Zero was the first game ever to use a graphical technique that Nintendo called "Mode 7 Scrolling." Mode 7 is a special graphics mode on the Super Nintendo that allowed for some really cool background effects. This mode was later re-used for other games like Super Mario Kart and Final Fantasy III.

During the Spring Breeze fight with King Dedede, you can see some cameo appearances from Toad, Mario, Birdo, and Luigi in the stands. Scrolling outside of the viewable area also shows Princess Peach and Bowser in the stands as well.

Like other Kirby titles, Nintendo was developing a golfing game and then realized that Kirby elements would fit perfectly into that world. That game ended up being Dream Course. The original game was called Special Tee Shot, and was a miniature golf title that was actually released in Japan.

THE LEGEND OF ZELDA: A LINK TO THE PAST

Instead of the Light and Dark world mechanic in A Link to the Past, Nintendo had an idea to use a past/future mechanic instead. Concept art for Link to the Past shows Zelda in futuristic attire. The original Legend of Zelda was planned to be set in both the past and the future, so the concept might have been considered.

Found in a secret upgrade capsule during Armored Armadillo's stage, X can unlock the hidden move, Hadouken, from the Street Fighter series. It was a cool, and quite powerful, addition tucked neatly away.

Star Fox for the Super Nintendo was Nintendo's first game to have polygonal graphics and was also the first game to utilize the Super FX chip - the first 3D graphics accelerator. The chip was so much more powerful than the SNES's processor that Nintendo joked about the SNES being just a box to hold the chip.

Star Fox 2 was a planned sequel for the SNES, but was unfortunately canned 22 years ago due to the Nintendo 64 being released. An Alpha version of the game was leaked online and fan patches were made, but the game was never fully playable, until now with the SNES Classic Edition.

The majority of the music in Super Mario World (with the exception of the title screen, credits, maps, and fighting Bowser music) is a variation of the same melody. Koji Kondo would slow down or speed up the music to accompany the various levels throughout the game, but it was ultimately still the same song.

The SNES version of Street Fighter II had a hidden cheat that allowed two separate players to control the same character in a match, which was only possible in the SNES version, and not the version in arcades.

Super Castlevania IV is a remake of the original Castlevania and Vampire Killer; a re-telling of Simon Belmont's foray into Dracula's Castle that featured some enhancements over the original.

This was the first game in the series that didn't start in the arcades and because of this, it led the game to become more platformer-esque. The biggest difference is being able to double-jump and upgrade your armor twice instead of only once.

Super Mario Kart originally was just going to be a basic kart racer, until the team decided that Mario characters would be the perfect fit instead of just generic sprites; this idea came about just three months into development.

Super Mario RPG initially used a top-down map with a 2D style Mario that was quite similar to Square's Final Fantasy series. After playing around with other camera styles, it's 3D-rendered style was eventually chosen.

The final scene in Super Metroid can go in three different ways depending on how long it takes you to finish the game. One ending has Samus giving the player a thumbs up, the second has Samus taking off her helmet to reveal part of her face, and the last one makes her entire suit disappear, revealing her wearing a black bikini.

Charles Martinet, the voice behind Mario, actually lent his talents and voiced all of the boxers, the referee, and the announcer in Super Punch-Out. What a guy!