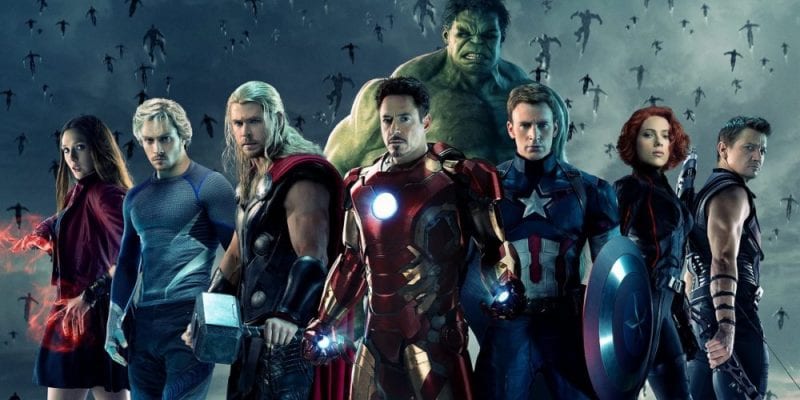 Marvel is a trend center for the modern age of not just superhero films, but the entire industry itself. From cinematic universes to embracing their comic book roots, Marvel has single handly shoved the entire genre forward. However, no idea has been as successful or popular as the various post-credits sequences after each film. This concept has not only stuck with this company, as almost every big comic book (or just general action) film is pretty much required to have one. While some are to just advance the plot further, others are massive teasers for both comic and movie fans alike. They are so quintessential to these movies that these sequences are pretty much now expected after every film with the Marvel logo on it.

While the idea of post-credit scenes are to tease the audience into what is in the future, some of them have become cultural staples all on their own. The dancing baby Groot at the end of Guardians of the Galaxy spawned a plethora amount of toys and other paraphernalia, despite only showing up for less than a minute. Many of these scenes are not just important to Marvel films but the superhero genre in general, as they set the standard for what an after credits scene should be.

However, some are better than others with regards to both substance and what they represent. While none of these post-credit sequences are “bad,” a lot of them hold far more meaning than just a simple character teaser. We are not going to simply judge them on entertainment factor alone, though that is important, but of the cultural relevance to both the series itself and the genre. Many of these after credits scenes have an extreme impact on the entire Marvel Cinematic Universe, so it’s not even as if they are meant to just be a small tease at the end of a movie.

Though with all eyes currently fixated on Marvel and everything they do, it’s becoming increasingly difficult to surprise viewers with an after show clip. Though that has hardly stopped this juggernaut from producing one to two per film. This is our definitive ranking for all of Marvel’s post-credit sequences.

Yes, it's cool to see Thanos suit up with the Infinity Gauntlet, but it's really nothing we didn't know before. It's pretty much here to remind us, yes Thanos is still a thing and he's in the next Avengers movie.

Alright cool, Jane and Thor are totally still a couple... Is that it? There has to be another reveal, right? We'll wait till the very end just to be sure.

While this is amusing, it really didn't have any big or mind melting reveals. That being said, it's always great to see Bruce and Tony's bromance flourish.

Okay, this is clearly meant to just bring us down from the incredible hype of the first post-credit sequences. Yes, it's funny but in the span of the entire Avengers movie, this gets seriously drawfed.

This is another one of the post-credit sequences that was clearly made for the sake of maintenance. Sure, it's neat that Ant-Man was going to be part of the team, but was anyone actually doubting that?

Another one that was fairly predictable was the reveal of Wasp. However, that didn't it make it any less awesome to see! Now we just have to wait until Ant-Man 2 to see her in action.

In a more touching moment, having Bucky finally see who he was at the museum certainly raised a lot of questions. Sadly we had to wait several movies to find out the fate of Bucky.

Okay, so this only gets nudged a bit higher than The Winter Soldier due to the amazing setting. Black Panther certainly stole the show and seeing his lab was a real treat. Plus, we actually are left with unanswered questions this time around! Huzzah!

I feel that this reveal would have had more of an impact if we didn't already know that The Avengers were forming. Though it was still mind shattering to even conceive that all of these movies would be part of a shared universe.

Listen, I am 100% positive a bunch of people were scratching their heads in confusion at this reveal. However, the fact that Howard the Duck is still very much a thing and probably getting his own movie is huge. This reveal was arguably one of the most shocking and Google search inducing on this list.

After a terrific showing in Civil War, it wasn't terribly surprising to see a Spidey-focused post-credits sequence. While this was clearly for the sake of fan service, it didn't make it any less awesome.

Another Google search inducing reveal, the Collector's appearance arguably overshadowed the entire plot of the movie. Adding into this was the significance of the Infinity Stones and this was one hell of a reveal.

To be honest, this one of the most confusing post-credits sequences. Seeing Loki alive and doctor Selvig now controlled by him was important. Sure, we basically had no idea what was even happening, but the fact that this was basically an Avengers setup is incredibly important.

6) Captain America: The First Avenger - Rogers in the Future

Cap's entire end scene here is amazing as it helps both establish what time period we are in and the impact it's having on Cap. They could have made an entire movie about him adjusting to the present day, but Marvel smartly subverted this by revealing it in a bite-sized piece.

Considering The Avengers was still very much in its infancy, seeing Thor's hammer in a completely different movie was pretty special. While it may seem like no big deal now, back then reveals like this were insanely huge news.

Seeing these mutan- sorry, "miracles," in an MCU film was an incredibly big deal. Up until now the X-Men universe and Avengers universe were completely separate. Seeing two famous mutants in an MCU movie was something we never thought would actually happen.

3) Guardians of the Galaxy - Dancing Groot

No, this wasn't a game-changing reveal or a shocking twist to keep audiences arguing on various websites. Dancing Baby Groot makes the number 3 spot because no post-credits scene completely personifies the feeling and attitude of an entire movie. With one song and a bit of humor, this fun sequence managed to encapsulate everything that made Guardians of the Galaxy great in under a minute. Plus he is absolutely adorable!

A reveal that really nobody saw coming, the inclusion of Thanos was a jaw dropper. One of the most powerful beings in the entire history of Marvel loomed over our heroes like a calm storm about to erupt... Too bad we are still waiting for that storm to actually do something worthwhile.

This one scene set off a chain of events that probably nobody could see coming. The big reveal of Nick Fury and subsequent Avengers program was one of the best-kept secrets that left us in pure awe. It was a tease to a larger possibility and the crack in the dam that let Marvel's massive universe spill out in pure cinematic glory.
Comments
Continue Reading
Related Topics: