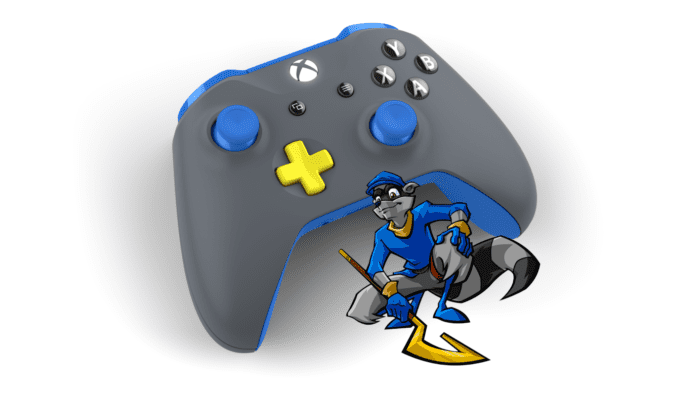 Microsoft’s new Xbox design labs project lets xbox players (or anyone, really) create custom xbox one controllers of their own. There are a number of color choices to make, allowing for millions of combination possibilities. players can customize the front, back, analog sticks, bumpers, d-pad, and buttons to suit them best. making custom xbox one controllers is as easy as heading to the xbox design labs website and clicking around. you can save your projects, share them with friends, add custom engravings, and if you want, order the controller you’ve made.

we decided to go ahead and turn some of playstation’s most iconic characters into xbox controllers, because why not? sony owns a number of IP with identifiable faces, from kratos’ white and red visage to the peculiar orange rodent that is daxter to the pretty boring tshirts that capture uncharted’s nathan drake. with just the right color choices, you can turn any xbox one controller into your very own playstation character. clank of ratchet and clank, ethan mars of heavy rain, delsin row of infamous second son, and more all join our lineup of sony xbox controllers.

there’s also plenty of indie classics that make for great microsoft controllers, like that caped, red thing from journey and the pink fiesta that is fat princess. check out some of the biggest and greatest playstation characters turned into xbox one controllers, and let us know which sony-microsoft combination you love best.

have you used xbox one’s design labs to make a custom controller? what’s been your favorite creation?

Beanies and magic in button form.

Much like Ethan Mars, this controller has no living children.

Not Ratchet, because we can't have two orange, sentient mammals.