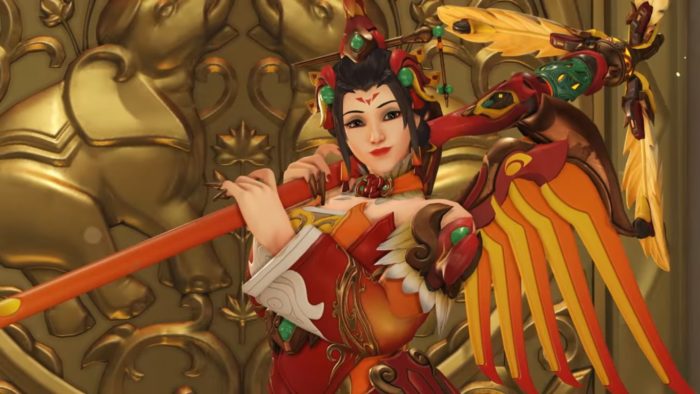 The Year of the Dog has officially come to Overwatch, and with it a host of new items and changes for fans to experience. The holiday event has rolled out across all platforms for Overwatch, letting players start collecting those loot boxes to get new rewards. The most exciting piece, of course, is the addition of six new legendary skins for the event. These skins go to Mercy, Pharah, Zarya, Genji, Widowmaker, and McCree and they’re all based on some traditional Chinese designs.

Of course that’s not nearly all that Overwatch fans will be able to get their hands on, as the update also brings a brand new map called Ayutthaya, which is set in Thailand. There’s also going to be an updated version of the game’s Capture the Flag mode, improving on it.

As if those new skins weren’t enough there’s going to be a huge batch of cosmetic items available as well including sprays and emotes for all of the game’s heroes. The good news as well is that last year’s Lunar New Year cosmetics will be puchasable at a discounted rate, in case there’s anything you happened to miss.

The Lunar New Year event in Overwatch starts today, Feb. 8, and will run for a total of four weeks. Keep in mind you’ll need to grab those lootboxes to get any of the new items or skins, so get playing while you can.

For more on Overwatch and the Lunar New Year event, make sure to search Twinfinite.