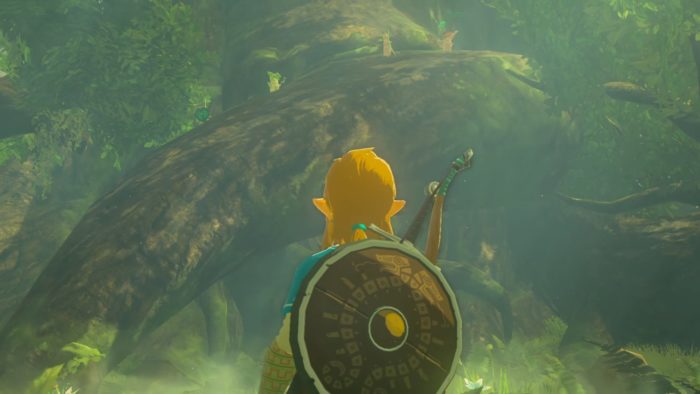 The Legend of Zelda: Breath of the Wild is finally coming out in a few short days. The game is releasing simultaneously on the Wii U and the Switch on March 3. This brand new adventure of Link’s has him in a whole new type of Hyrule. The open-air gameplay of Breath of the Wild has never been like this since the original Legend of Zelda back in the 80s. You can do so much in the open fields that’s it’s insane! This long-awaited title takes Zelda back to its’ roots in the best way possible.

There are in fact so many new gameplay mechanics that this title throws at you that’s it’s hard to keep up with them. We have come up with a list of the best new things that Breath of the Wild brings to the table. What makes this game so different from the rest of the franchise? What mechanics can you expect to see in the game? Check out this list of the new features and let us know what makes you excited for Breath of the Wild!

Get ready to cook, climb, and slide your way into the living and lush world of Breath of the Wild.

Disposable sounds quite sad when you're talking about adorable horses, but it's true. Horses can and will die in Breath of the Wild. You can crouch and sneakily jump onto a random horse to take control of it, and each one has different stats. You can also take a horse to a ranch and give it a name of your choosing.

Remember Navi from Ocarina of Time, Midna from Twilight Princess, and Fi from Skyward Sword? They're not in Breath of the Wild and nobody will be taking the place of Link's 'helper'. You're all by yourself in this game with nobody guiding you toward a specific path to follow.

Breath of the Wild is the first Zelda game to have extensive voice acting beyond grunts and sighs. The CD-i games, Wand of Gamelon and Faces of Evil, actually had voice acting, but we try to forget those exist.

Finding new clothing is essential if you plan on surviving in Hyrule. There have been things like Zora suits and fire-resistant garbs in the past but there is a deeper focus on this in Breath of the Wild. Clothing not only helps with keeping warm or cool, but it can also make or break you with its stat changes. Keep Link shirtless and you're just asking for trouble.

YOU CAN CLIMB (almost) ANYTHING

The stamina bar is back from Skyward Sword, letting you sprint and pretty much climb any structure, weather permitting. If it starts to rain in the area, good luck, because Link will start to slide off the cliffs.

COOKING IS a Main INGREDIENT in SURVIVAL

You can find lots of different types of food out in the wild, which Link can use to cook with. There are even various effects and bonuses you can unlock with specific recipes - some concoctions may end up healing you or even boost your stamina.

It's no spoiler that you'll end up getting the Master Sword in Breath of the Wild, that's a given. But Breath of the Wild handles weapons a bit differently from past titles. Weapons can not only be found all over the world but these weapons will also break on you, repeatedly. Swing that powerful axe a few times at an enemy's shield and say bye-bye to your tree chopper. Luckily, Link can hold lots of weapons in his pouch (somehow) so you'll be ready for anything.

Forgot having bows and bombs, Link gets the power to control metal objects using his Sheikah Slate. You can lift up heavy boxes and drop them on unsuspecting Bokoblins, or lift up platforms for Link to climb up onto.

It may not seem like a big deal, but this is the first 3D Zelda game where you have the ability to jump freely. It adds a new element to combat and exploration that we've yet to see in a Zelda title.

LINK CAN SNOWBOARD ON HIS SHIELD

Not only can he snowboard, he can also grassboard and dirtboard, too. Link can use his shield to slide down pretty much everything and anything, until the shield breaks of course, which can happen pretty easily if used excessively. (Fun fact: there was a snowboarding section in Twilight Princess, but it was never utilized again.)

Nintendo has announced an expansion pass for Breath of the Wild. It's $20 and gives players access to bonus content that will be released throughout the year in the form of story missions, treasure chests, a new hard mode, and a few other extra bits.

The Zelda games have dabbled in sidequests before, but Breath of the Wild actually has a mission log that will keep track of your many, many tasks.

Instead of having a handful of dungeons to explore like other Zelda titles, Breath of the Wild has more than 100 shrines to go through. These bite-sized areas will have puzzle-solving and enemies to defeat that will lead to hidden items to discover. You can also visit these shrines in any order of your choosing.

This well-known weapon works a bit differently now. Not only is it a disposable weapon, but you also have to actually catch it once it starts flying back at you.

LINK AND ZELDA ARE ACTUAL CHARACTERS

From what we've seen from the trailers, Link and Zelda will be integral to Breath of the Wild's overarching narrative. Instead of being two simple pieces of a big puzzle, these two will be a big part of the game. Even Eiji Aonuma has said that Zelda "will have a wide range of emotions." Expect to see some sides of this duo that you've never seen before.
Comments
Continue Reading
Related Topics:Breath of the Wild, feature, Legend of Zelda, Link, new features, nintendo, Switch, zelda, zelda switch, Zelda Wii U