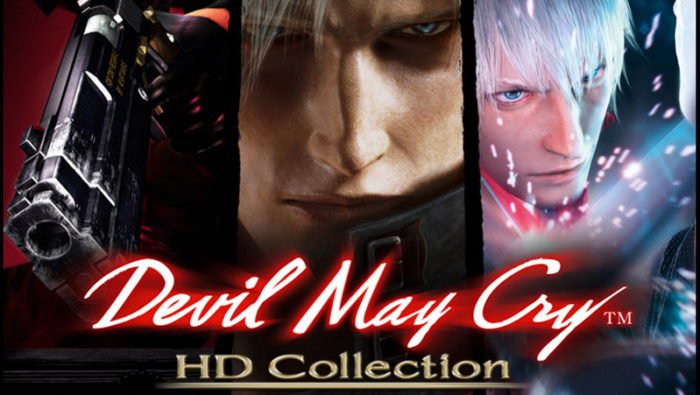 Devil May Cry HD Collection releases today, so why not take a look at some of the voice actors and actresses behind your favorite characters. Having multiple voices for the same character spanning of three games can be concerning, but all of these voice actors knock it out of the park.

Many of these actors made their transition over to television after the DMC series, back in 2001. However a handful of them went on the voice some characters we know and love today, further cementing themselves in video game history, with games like resident Evil 5, Dead Space 2, Marvel vs. Capcom Infinite and many more.

Did you know, Reuben Langdon is also a stuntman and coordinator on some of the hottest movie releases in recent years? He also did stunts for blockbuster titles like The Last of Us.

Sarah Lafleur was on episodes of Criminal Minds, NCIS, and Bones. Drew Coombs reprises his role of Dante in the Viewtiful Joe games back in 2003, and again in 2005 with Viewtiful Joe: Red Hot Rumble.

Voicing the role of Dante in the first Devil May Cry game, Drew Coombs has also voiced Dante in a few other games. Drew voiced Dante in the 2003 game Viewtiful Joe, and again in 2005 for Viewtiful Joe: Red Hot Rumble. He can also be heard in the anime Air Master, which lasted for 27 episodes.Dante is the demon hunting, private investigating, main protagonist of the Devil May Cry series.

David Keeley voices Dante's twin brother Vergil, who appears as a boss named Nelo Angelo in the first entry in the series. David has appeared in numerous television roles since Devil May Cry such as Flashpoint, Saving Hope, and American Gothic.

Trish is a demon resembling Dante's mother, Eva, and voiced by Sarah Lafleur. Trish is a major character in the Devil May Cry series, and is even playable in later entries. In 2008 Sarah Lafleur played the character Molly on the television show Ugly Betty, and has gone on to have appearances in Bones, Criminal Minds, and NCIS: Los Angeles.

Mundus, also known as the Prince of Darkness, is the final boss of Devil May Cry. Mundus had ruled the demon world two thousand years ago. Tony Daniels has a large catalog of work in video games including Logan in X-Men The Next Generation, Gambit in Marvel vs. Capcom 2, and Fortinbras in Onimusha: Warlords. He also voiced multiple characters in Sailor Moon such as Wiseman, Jedite, and Jumper.

Dante received yet another voice change in Devil May Cry 3: Dante's Awakening. This time Reuben Langdon gave his take on this demon hunter, and remained the voice of Dante in Devil may Cry 4. Reuben on top of being a voice actor, is also a stuntman/ stunt coordinator and has worked on movies such as Ant Man, The Accountant, Avatar, and many more. In the video game world he has voiced Ken Masters in Street Fighter IV and V, Dave Johnson in Resident Evil 5, and James in The Last of Us. You can also hear Reuben's take on Dante in Marvel vs. Capcom Infinite.

Arkham was a scholar who allied himself with Vergil to revive Temin-ni-gru, an unholy tower constructed by devil worshipers, which is used to unlock his true powers. After a failed ritual Arkham became known as Jester. Adam has voiced characters in video games such as Ozwell E Spencer in Resident Evil 5, Steven Chapman in Dead Rising, and Saint German in in Castlevania: Curse of Darkness.
Comments
Continue Reading
Related Topics:dante, Devil May Cry HD, Trish, Vergil